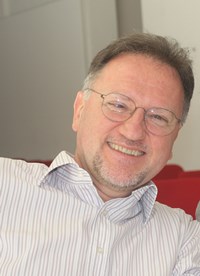 Pier Mario Vello, secretary general at Fondazione Cariplo since 2006, prematurely passed away on 29 June 2014. He was 63 years old. Here Wendy Richardson remembers him.

I’ll never forget the day that Pier Mario Vello looked me directly in the eyes and said those words. Like you are probably feeling now, I was terribly confused. What was he on about? I desperately racked my brains for any possible link to philanthropy or foundations.

To make a long story short, Pier Mario had come across an advertisement that is thought to have appeared in the London newspaper, The Times, in 1913, appealing to would-be adventurers to join an expedition to the South Pole. To my dismay, he was absolutely convinced that this should be the strapline for the European Foundation Centre’s (EFC) new exchange programme, TIEPOLO (and despite my insistence that such a slogan might bring more confusion than clarity, he won that argument – just look at the original brochures if you don’t believe me).

But before I explain why I’ve written up this anecdote for public consumption, let me rewind to the first time I met Pier Mario. It was early 2008 and I (still relatively wet behind the ears and trying to get accustomed to life in the ‘real world’ after university) had been asked to sit in on an important, high-level meeting to take the minutes. I listened intently, quietly and dutifully concentrating on my notes. Imagine my surprise when I realized all eyes in the room were suddenly on me. Why? What did they want? Or, more likely, what mistake had I just made? Pier Mario then repeated the question I’d missed: ‘Wendy, what do you think?’

Pier Mario and Wendy both in their lab coats

It’s interactions like these for which I’ll remember Pier Mario. He was a fascinating gentleman, one in a million really, who was imaginative, collaborative, and never afraid to act on intuition rather than follow convention – like asking the opinion of the most junior person, not to mention one of the only females, in the room. Life was never dull when he was around. In fact, when designing the European Learning Labs together on an annual basis one of his first rules was always: ‘Don’t be boring!’ Why wouldn’t we insist all of the participants wear doctors’ lab coats for the duration of the Learning Labs? Even in the heat of a Milan July, Pier Mario would still be proudly strutting around in his coat – complete with his name embroidered across the lapel. He balked at foundation programme officers who attended Labs only to share successes and achievements, and demanded everyone come equipped with tales of failure, disappointment, or, even better, disaster! And TIEPOLO wasn’t just a simple exchange programme, it was an adventure! It got to the point where I would almost grow nervous when I saw the twinkle in his eye (often while dining on cheese pizza, a common weakness), as it inevitably meant he had another big idea brewing.

Over the last couple of days, talking and grieving with colleagues from foundations across Europe, there is one theme that keeps coming up: Pier Mario’s deep commitment to young people, and making sure they felt supported, motivated and energized in their work. No one asked him to devote so much time, energy and resources to the design of the EFC’s Professional Development work I’ve mentioned above, which largely benefited the younger echelons of European foundations. He did it because he thought it was vital to our sector, and moreover believed that supporting the next generations was the right thing to do. Indeed, one of his recent preoccupations had been the plight of the young and unemployed in southern Europe.

Immediately before the closing plenary at the 2014 EFC AGA and Conference, during which Pier Mario was scheduled to deliver a speech introducing the 2015 edition of the event, he was seen frantically running around the Sarajevo auditorium. When asked if he was nervous about the speech, the technicalities, or the logistics of the plenary, he shook his head ‘no’ politely. Rather, he was searching desperately for a Fondazione Cariplo staff member who had been ill the evening before – he wanted to make sure she was feeling better and didn’t need his help.

For underlying all of his convictions and interests was his deep love for people. For Pier Mario issues like who you knew, the size of your chequebook, or what level of the organization you sat at, were irrelevant. I’ve often thought back on that first meeting in 2008, when Pier Mario questioned what I was thinking. I never asked, but I’m nearly positive that he wouldn’t recall this story. To him, it was probably nothing. But to me, at the time and for many years after, it was an enormous boost and revelation. I’m devastated to think that I’ve shared my final cheese pizza with this extraordinary colleague, father, husband, friend, and, in all of those roles, adventurer.

Wendy Richardson is Coordinator, Grants & Learning, at the Global Fund for Community Foundations.