Power to the people? 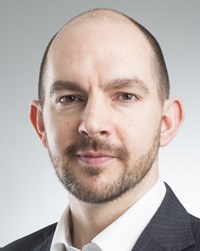 The issue of power dynamics in philanthropy has recently come to the fore. Should grantees have a greater say in their relationship with funders? And what would this look like? It comes into particular focus in light of recent debates over different types of investment approach:  ‘strategic philanthropy’ where control sits with the funder versus ‘responsive philanthropy’ where the grantee calls the shots.
But for me, the discussion ignores the most important part of the equation: the beneficiary. At the heart of any charity or charitable giving is charitable purpose – the idea that what you do benefits others. So the best decision-making – be it led by charities or by funders – should represent what’s in the best interests of beneficiaries.
At NPC we fundamentally believe in the power of research, evaluation and outcome measurement. This is often interpreted as putting us firmly in the strategic philanthropy camp, where funders set the agenda based on their depth of analysis, theory and data. But what these tools essentially help us do is understand the lives of beneficiaries and represent what really happens to them when charities intervene. They belong to the same set of tools that the best charities use, even those that are closest to their beneficiaries – like co-design and co-production.
So measurement and evaluation are important because they help us all – whether funder or funded – to give voice to beneficiaries.
But for this to make sense, decisions actually need to be made on the basis of evidence that measurement, evaluation and research produce – and at the moment, this simply isn’t the case. We can’t compare data across a field to work out what works best. We don’t (generally) have a growing evidence base to which new research is added, and on which claims about outcomes are based. We may ask about outcomes, but most of the time they aren’t the primary driver of decision-making.
Charities measure results because they think funders want to know, not to manage and improve what they do. Funders collect outcomes, but have nothing to compare them with, and therefore don’t use the data to make better decisions. Outcomes and impact are tools in a funding transaction – at its worst, a game – not in the genuine inclusion of beneficiaries’ perspectives in decision-making.
At NPC we’ve been arguing for a greater focus on outcomes and impact for well over a decade, so it seems we should offer some suggestions of how to address these huge challenges.
I’ll offer two – both involving the real transfer of power towards beneficiaries. The first is based on the conviction that it’s possible to include beneficiaries in decision-making in a real and robust way. Sophie Pritchard of the Edge Fund gives an exhilarating tour of a number of philanthropic vehicles in which beneficiaries are involved and sometimes lead the decisions about where money should go. This brief article should be a source of great inspiration to us all, and spur innovation in new forms of philanthropy.
What would happen if you put together crowd-funding and participatory budgeting for example? What if zopa.com, Locality and localgiving.com formed a joint venture? formed a joint venture? My faith in the disruptive power of the internet makes me optimistic about the future on this front. I was working in the dotcom bubble in 2000, and almost everything predicted back then about disruption of business models has now happened – it just took a while.
What about other ways to redistribute power? I believe – and it’s part of an emerging strategy for a project at NPC – that if charities come together around shared goals, they can shift the power balance. Rather than competing against each other for limited grant funding and shrinking or more tightly constrained contracts, charities could use their closeness to, or representation of, beneficiaries as their USP and form a partnership that collectively seeks funding. Funders of any type find it hard to resist when the sector gets together and brings a single proposition to the table.
I believe the most progressive funders are already eager for this to happen; they’re seeking out collaborations with each other and with the field. They’re acknowledging that they operate as part of a complex system (as do those they fund), and that as well as providing funding to grantees, they all need to work together to fix some of its failings.
If you doubt that either of these approaches needs to happen, and feel that the status quo in philanthropy is fine, then my final thought is this: if philanthropy is supposed to be about benefiting others, shouldn’t we give ‘others’ the chance to ensure that it is?

Tris Lumley is head of development for New Philanthropy Capital