The Prince’s Foundation, which brings together the philanthropic activities of the heir to the British throne, is under formal investigation, Scotland’s charity regulator has confirmed. 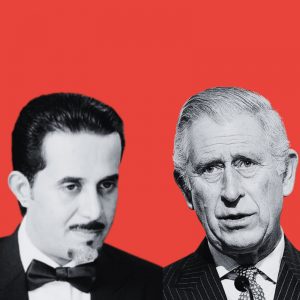 ‘We have written to the trustees informing them that we will investigate… under the powers set out in section 28 of the Charities and Trustee Investments (Scotland) Act 2005’, the Office of the Scottish Charity Regulator (OCSR) posted on its website.

The news is a significant escalation, with the OCSR previously telling Alliance and other outlets that they had contacted the Prince’s foundation to request ‘further details’ about the circumstances of donations to the Prince’s Foundation by Saudi businessman Mahfouz bin Mahfouz. The decision to now announce a formal investigation was triggered by fresh reports in the Sunday Times on 12 September about the provenance and ultimate destination of donations intended for the Prince’s Foundation by Russian banker, Dmitry Leus.

OCSR’s published policies state that, as a regulator, it focuses on ‘the issues and charities that are most likely to undermine public trust and confidence’.

Section 28 provides legal powers for compliance with the investigation. Failure to comply is an offence that may result in a fine or imprisonment on conviction. Measures following an investigation range from providing support to a charity’s trustees to the use of formal powers which can lead to a charity being struck off or a criminal investigation. 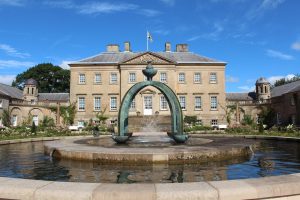 According to the Times, Mahfouz has donated more than £1.5 million to the restoration of Dumfries House and the Castle of Mey in Scotland. His donations have already been recognised with a fountain, parkland, and woods named after him at the properties.

‘In light of the ongoing and most recent generosity of His Excellency… I am happy to confirm to you, in confidence, that we are willing and happy to support and contribute to the application for Citizenship’, reads the letter written by Fawcett to an aide of Mahfouz on 18 August 2017.

‘I can further confirm that we are willing to make [an] application to increase His Excellency’s honour from Honorary CBE to that of KBE in accordance with Her Majesty’s Honours Committee.’

Mahfouz denies any wrongdoing and, William Bortrick, a middleman and advisor to Mahfouz, has said that Prince Charles was ‘100 per cent behind’ the offer to help the Saudi philanthropist. Prince Charles’s spokesperson denied the allegation saying the prince ‘has no knowledge’ that the Prince Foundation’s made representations in support of a knighthood and citizenship following donations to his projects.

The OSCR investigation could require a joint operation with the Charity Commission for England and Wales depending on the specific issues under investigation. That’s because the letter from the Prince’s Foundation is addressed to the Mahfouz Foundation, which is registered in England and therefore falls under the jurisdiction of the Charity Commission.

The Mahfouz Foundation was established ‘to promote and advance the education of the public in the United Kingdom in the culture, language, history, literature, and institutions of the Middle East culture’ according to its page on the Charity Commission website. However, few details are listed, and expenditures appear negligible, so it is unclear whether any of Mahfouz’s donations were sent from the foundation or via another source.

The Charity Commission for England and Wales told Alliance that they were unable to comment on the Prince’s Foundation saying that, as it is based in Scotland, it is not subject to the Commission’s jurisdiction.

When asked whether it would be investigating the actions of the Mahfouz Foundation or cooperate with OSCR’s investigation, a Charity Commission spokesperson said, ‘We are aware of recent media reporting relating to this charity. We will assess this information to determine whether there is a regulatory role for us.’

However, the Charity Commission noted that it was not aware of any wrongdoing by the Mahfouz Foundation at this time.

Philanthropists in the honours system

The latest incidents are likely to increase calls for greater transparency in royal philanthropy, and the institutions and charities which receive their gifts.

Think tank and consultancy New Philanthropy Capital, which has recently launched a project to promote more openness, emphasised the need for transparency: ‘Controversies over donations for honours would be avoided if philanthropy were more open and inclusive’, said NPC Chief Executive Dan Corry, a former government economist, adding ‘It is not good for the sector if people think it is all about rich people trying to get gongs.’ Corry also suggested it would be ‘naïve’ to think that the desire to receive an honour does not influence some major givers.

Controversies over donations for honours would be avoided if philanthropy were more open and inclusive.

The Beacon Collaborative, a charity set up to promote philanthropy, suggested that the honours system might be used to encourage international philanthropy in the UK in a report published earlier this year. The recommendation was one of several that the UK could use to strengthen its position as a centre of philanthropy – an estimated £180 billion global opportunity, Beacon noted.

Beacons’ co-founder Cath Dovey said, ‘It is absolutely right that the allegations are investigated thoroughly… It is essential that the honours system is robust and effective. All those who are honoured should feel they have been awarded on merit for the outstanding contribution they have made to British society and its values.’ 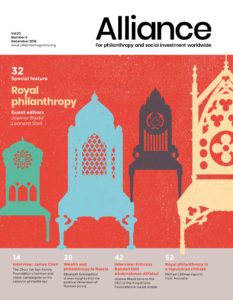 The current controversy follows shortly after another charity founded by the Prince of Wales was revealed to be under an ethics investigation for claims that individuals could pay £100,000 to secure a dinner with Prince Charles. The Prince’s Foundation also faces public calls for a police investigation into the actions of its CEO to investigate possible breaches of The Honours (Prevention of Abuse) Act, a law passed in 1925 to prevent corruption in the awarding of honours. The BBC has reported that the Metropolitan Police is ‘aware of media reports and awaits further contact in relation to this matter’.

According to the Guardian, a Clarence House spokesperson said: ‘The Prince of Wales fully supports the investigation now under way at the foundation.’

Do you have something to add to this story? Email us in confidence via Philanthropy Confidential.

Charles Keidan is Executive Editor at Alliance, and Elika Roohi is Digital Editor.

Update 15 September: This story was updated to reflect comments from the Charity Commission for England and Wales regarding their oversight of the Mahfouz Foundation. It was also updated to include a comment from Clarence House regarding Prince Charles’ support for the investigation into his foundation.