Kalumba[1], 19, lives with his grandmother in a remote rural community on Mbabala island on Bangweulu, Zambia’s largest lake. He lost his parents at a young age. The island, located in Samfya district, is home to about 2,000 people. 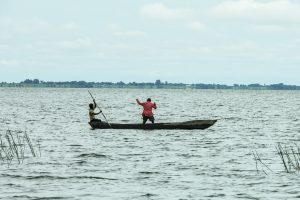 Fishing is the most common economic and livelihood activity on Mbabala Island. Photo courtesy of the author.

Two years ago at age 17, he dropped out of school in grade nine due to lack of financial support. Sadly, there were also no employment opportunities for him. Left idle and frustrated, Kalumba started abusing alcohol. Without guidance and knowledge on sexual health, he also engaged in unprotected sex with girls and women from the fishing camps.

With a lack of education, work, and leisure opportunities at Mbabala, the average age of sexual debut for boys is 15 years. For girls, it’s just 13. Mbabala island has one primary school and one health centre. Child marriages are common too on the island and in Zambia – the prevalence rate is 31 per cent.

After a while, Kalumba got ill. During one of the hospital visits, a health worker suggested an HIV test and Kalumba agreed. He tested HIV-positive. Kalumba was devastated by the results; he went and buried himself in more alcohol abuse.

Later, Kalumba was introduced to the Training Adolescents and Local Knowledge (TALK II) for support. TALK II, a project run by international development organisation VSO’s Zambia office, in collaboration with Amplio and Zambia’s Ministry of Health, addresses barriers to accessing sexual health information by ensuring girls and boys in Samfya District are better informed, empowered and equipped to make healthy decisions about their health. TALK II is an extension of the first Adolescent project, which ran for three years from October 2015. The extension is funded by Arm, a tech company based in the US. TALK has reached over 8,000 boys and girls in the district. 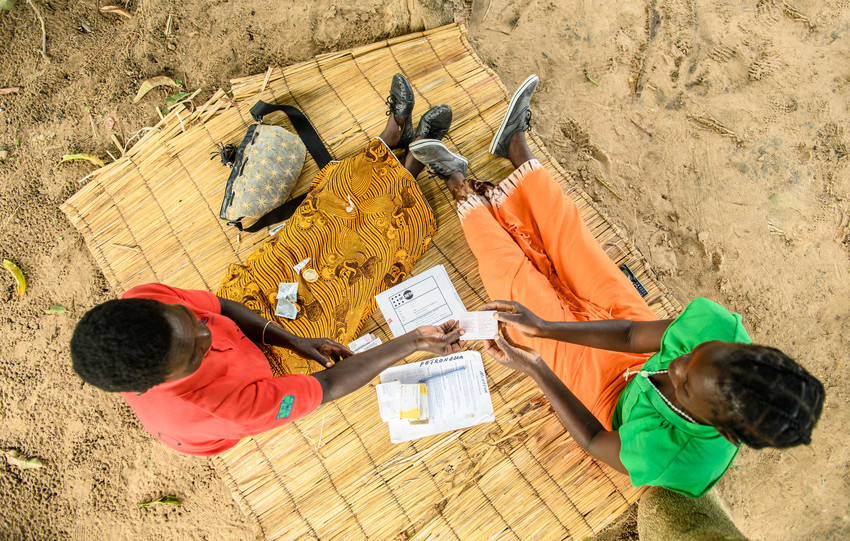 Kalumba became a volunteer facilitator. VSO Zambia has trained 100 youth volunteers, young people who share information on Sexual and Reproductive Health and Rights (SRHR) with their peers in schools and communities using the Talking Books technology.

‘I want other young people like me not to make the same mistakes I did, that is why I volunteered in my community. Not having someone to talk to about your sexual feelings can have devastating results. I know how it feels,’ says Kalumba.

Kalumba is one of many young people living in poverty in the vast southern Africa nation, which shares borders with eight countries. Zambia has close to 18-million people, and close to 37 per cent are aged between 15 and 35. The majority of the population, 53 per cent, lives in rural areas where 67 per cent are extremely poor (UNDP, 2013).

‘It is taboo for me to speak to my parents about sexual matters. It will be like disrespecting them,’ says Bartholomew Sunga, another youth facilitator at Mbabala Island. 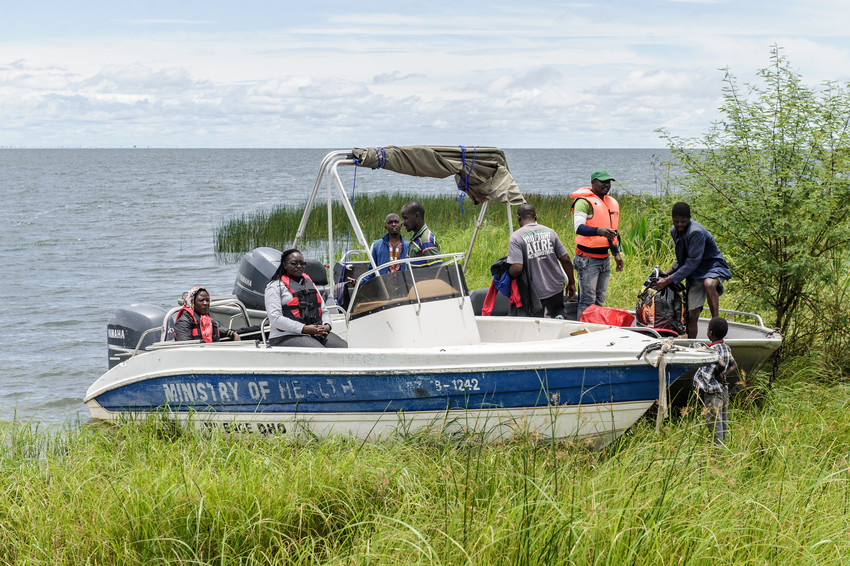 The youth, then, get such information from unreliable sources like semi-informed friends. They end up making uninformed decisions, which lead to unintended pregnancies, illegal and unsafe abortions as well as contraction of Sexually Transmitted Infections (STIs).

The public-school syllabus includes comprehensive sexuality education, which is a subject of debate in Zambia currently, but its effective delivery is affected by several factors. The factors include teachers’ cultural beliefs and values, which prevent them from delivering the lessons as guided in the textbooks as well as parents not re-enforcing and validating the lessons at home. This leaves young people unable to adopt and apply the knowledge in their lifestyles.

To bridge the gap, the TALK II project challenges the root causes of high rates of teenage pregnancy, including poverty, isolation from sexual and reproductive health services, and harmful traditional attitudes. The project delivers accurate sexual and reproductive health messages via Talking Books to the youth in Samfya district, which includes Mbabala and another island, Chishi. The Talking Books are uploaded with audio SRHR messages in the local language.

The youth, aged 10 to 19, are put in small intimate groups, facilitated by local youth like Kalumba.

‘It’s goodbye now to boredom in the village,’ says Felistus Soseni, a teen Mom. She is a facilitator from one mainland project site called Katanshya.

This is among the many expressions of excitement from the young people when they receive the Talking Books. It signals the existing gap and the need for recreational activities and meaningful youth engagement.

The messages are also shared with other members of the household. Each group member takes a Talking Book home once in a month to listen with their family members. This helps the parents and guardians access accurate information for their personal use as well as to comfortably guide their children on SRHR. 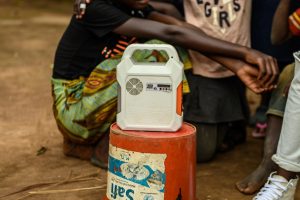 Photo courtesy of the author.

‘The Talking books technology has enabled me to learn and to engage in something meaningful, keeping me away from alcohol and substance abuse. There are very little opportunities for young people on the island and it can be depressing,’ says Champo Mafuta, a young facilitator from Mbabala island.

Talking books are proving the power of technology to deliver standardised accurate information without human error, emotion or cultural norms to rural adolescents and youth. The technology is very popular among the young people making it an effective tool in reaching and engaging the youth. The messages are packaged in a culturally appropriate manner and relevant to address local SRHR challenges.

‘We need more meaningful youth platforms and engagements such as the Talking Books,’ says Kalumba.