Reflections on the philanthropic sector – an intern’s story

I have to admit I didn’t quite know what I was letting myself in for when I accepted  an internship at the European Foundation Centre in Brussels. Heading to work that first day, feeling mildly uncomfortable about entering the self-proclaimed Philanthropy House, I certainly had doubts about my ‘off-piste’ career decision. I knew little about philanthropy and my only experience with foundations was working in fundraising for a small arts charity. In that respect, for me, foundations were the ‘keepers of the keys’, and now I was on their side. Even after my first few weeks at the EFC I found it somewhat jarring, asking, ‘what good am I actually doing here?’ As a communications intern, I felt I was gaining some ground on our members’ actions, but their remoteness from my day-to-day workload was off-putting.

Alongside this new job, came the thudding realisation that I had moved to the European capital at a time when the success of the European project was in serious doubt.  An undercurrent of Euro-skepticism had begun to break the surface as the European Commission struggled to deal with Greek debt, Syria, and the growing threat of terrorism on EU soil. Of course you know all this, and you also know how much worse it has become. 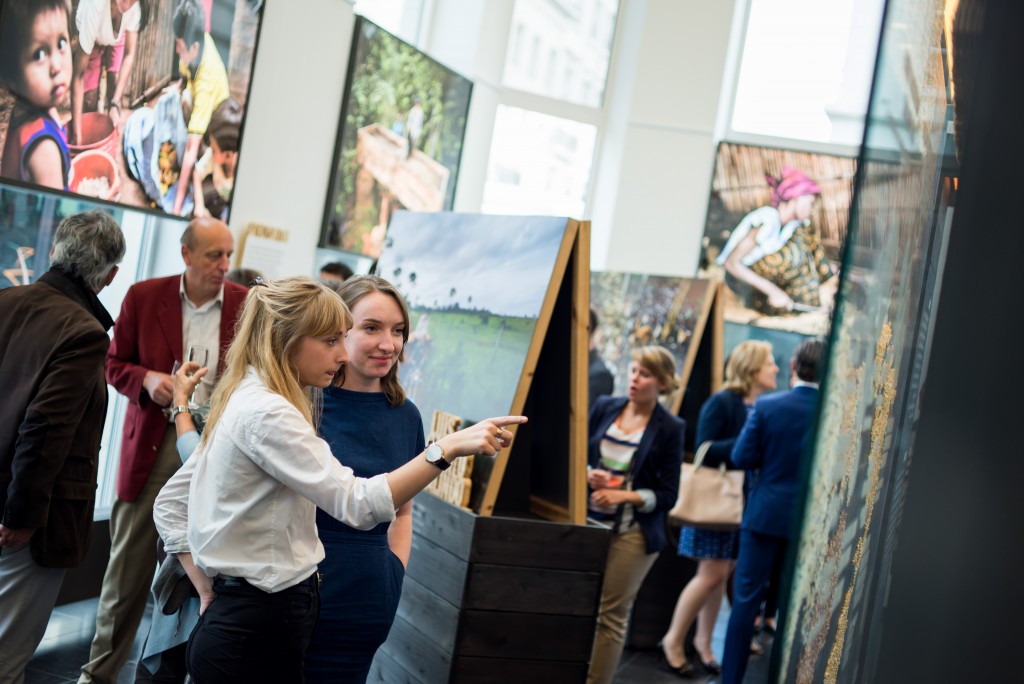 And yet, it is partly working in the context of this ensuing global chaos that has bulldozed my preconceptions of EFC members as working remotely, or in isolation of each other’s actions. As Europe has been shaken, the world of philanthropy has reacted, often quietly, but always with an eye to finding some pragmatic solution. Reactions start as conversations, and as I moved from my intern position to working as Gerry Salole’s personal assistant, I was increasingly privy to these. I saw how a shared horror of the political inaction around the ongoing refugee crisis catalyzed members to come together and think about the long-term implications, listening to lived experience and finding where foundations’ unique assets can be most fruitful. I have seen how foundations have taken risks when it comes to conquering religious extremism, encouraging both other foundations and political institutions to step up and take responsibility. And most recently, I have witnessed EFC members’ reaction to Brexit. At a time when most (myself included) were still reeling at the outcome, a group of our members spanning a number of countries had agreed to meet. Their focus was not to console each other, but to tackle the underlying feeling – not isolated to the UK – that fuelled the uglier side of the debate.

You might well be thinking, ‘What’s the big deal?’ Foundations are doing their job, and in many instances they could be doing it better. Yet my own extra layer of distance means what I will take away and value most about this experience is the process of working I have witnessed. Foundations with values that span the political spectrum can and do learn from each other, and the size of their endowment does not always dictate who leads the conversation. In the end, the ins and outs are irrelevant, the goal is clear; where the means exist to improve people’s lives, they should be used in the best way possible. At a time when politicians often seem to struggle to take a stand, this unifying fact is something to be relished. Valuing diversity, listening to all voices, and committing to action can’t be a bad set of values to take away from an ‘off-piste’ diversion into the world of philanthropy.

Alex Talbott worked at Philanthropy House in Brussels from 2015-16