The Clara Lionel Foundation, founded by Rihanna, has committed $15 million to 18 organisations working on climate justice across the U.S. and Caribbean in partnership with an initiative led by former Twitter CEO Jack Dorsey. 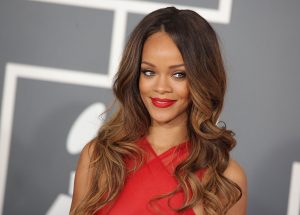 The music and fashion billionaire’s foundation has prioritised climate funding with an announcement of $15m to climate justice organisations working in the U.S. and Caribbean. Photo credit: Shutterstock

The announcement is a sign that the music and fashion billionaire may be moving in a direction of prioritising climate in her philanthropy. Rihanna founded the Clara Lionel Foundation – named in honour of her grandparents – in 2012. So far, it has focused on education and emergency response programmes, including donating $500,000 for earthquake response in Haiti in August 2021 and $5 million for Covid-19 response efforts in 2020.

…climate disasters, which are growing in frequency and intensity, do not impact all communities equally…

‘At the Clara Lionel Foundation (CLF), our work is rooted in the reality that climate disasters, which are growing in frequency and intensity, do not impact all communities equally,’ the Foundation said in a statement. ‘Under-resourced countries, communities of colour, and island nations are facing the brunt. To combat this inequity, funders must build partnerships with organizations, acknowledging their deep understanding of what is necessary to achieve climate justice in their own communities.’

To read more about the Foundation’s climate work, visit claralionelfoundation.org.