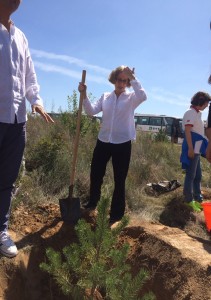 Melissa Berman, who has served as the President and CEO of Rockefeller Philanthropy Advisors since its inception 20 years ago, has announced that she will step down in 2023. The RPA Board of Directors is currently searching for her replacement.

‘On behalf of the Board, I would like to express our gratitude to Melissa and for her many contributions these past 20 years. RPA is fortunate to have had such a visionary leader to build and steward a world-class organization. She leaves behind a truly remarkable legacy, and leaves us positioned to accelerate philanthropy,’ said RPA Board Chairperson Valerie Rockefeller.

Berman plans to remain in her position until her replacement is found.

Berman has led RPA for the last two decades. Under her leadership, it became one of the world’s leading philanthropic advisory, grantmaking, research and project management services, growing to an organization of more than 100 core employees advising on and managing over $500 million annually in philanthropy across dozens of countries.

‘It has been an honour to work with the talented, committed people of RPA for the past two decades,’ Berman said. ‘With a new strategic plan in place and a revised mission to accelerate philanthropy in pursuit of a just world, it’s time to bring in a new leader for RPA’s next great chapter.’

Berman, who has been named one of the 50 Most Powerful Women in Philanthropy by Inside Philanthropy, has indicated that she will remain active in philanthropy.