Four out of five people think climate change will be the dominant issue in philanthropy in the next 25 years, a survey by Alliance has found. 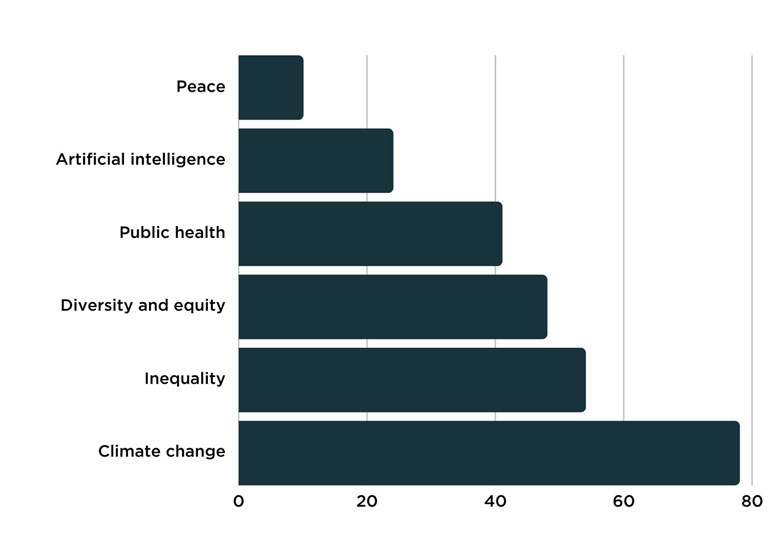 Currently, climate funding only makes up two per cent of total giving. According to a report last year from the US based ClimateWorks Foundation, funding for climate has doubled since 2015; however, as a total percentage it hasn’t budged from two per cent – where it has been for years.

However, as the immediacy of the climate crisis sinks in, funding infrastructure bodies are gearing up their efforts to support funders. Some are reframing their existing commitments with a climate lens and others are signing climate commitments.

‘Dafne is hosting a movement that allows Europe’s foundation sector to significantly accelerate collective learning, thinking and acting on climate by proactively introducing a climate lens to everything a foundation is doing: from its own operations, to grantmaking and investing,’ said Dafne’s Max von Abendroth, writing in Alliance magazine’s upcoming issue on climate philanthropy before the COP26 summit in Glasgow.

Alliance’s survey included responses from almost 300 individuals across 57 countries. The survey was conducted as part of a series of events to mark  Alliance’s 25th anniversary.The full results, which asked respondents to reflect on the last 25 years of philanthropy as well as predictions for the next 25, will be published in Alliance’s special 100th issue in September.

Join our free webinar on 16 June – Climate philanthropy now: where should funders put their resources?

I'd love to learn more about the indivudals surveyed. Are the participants monstly within philanthropy or without?

The magnitude of our current crisis will not be adequately addressed by philanthropy alone. We need to not only convince the nay sayers but move from advocacy to activism. Sure, continue to give what you deem appropriate, but we need to act like our very exisitence depends upon it. Need I gone on.....