Sustainability in transition (1): the continuing reliance on external funding 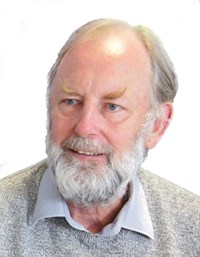 The roles and types of donors dominate too much of the current discussion on philanthropy in international development. There are, for example, many debates around the increasing role of private philanthropy or corporate giving versus a decline in funding from official agencies or European NGOs. The issue of civil society sustainability seems to be tied to this debate when in reality the future of civil society is a far more serious challenge.

Behind most of these discussions there is still an assumption that external funding is the key to development in a range of social sectors and countries. Whereas in fact the most important challenge for civil society in any previously developing country is the development of a local funding base and local constituency.

In recent workshops I attended in India on this subject, the discussion merely reflected similar concerns to those in the developed world, for example as to whether corporate social responsibility (CSR) money would replace traditional sources of funds from international NGOs and developed country embassies. Although we did find that some local NGOs were planning to, or had already, closed in the absence of external funds, others were transforming themselves by default into not-for-profit companies, selling services previously offered for free (e.g. seeds, fertilizer agricultural advice). The workshops I attended were just before the new CSR law came into play, which does indeed specify that a percentage of profits should be designated to CSR, but it is too early to tell whether companies will just give to traditional causes such as temples and orphanages or whether to a new form of giving for social causes.

What is clear is that regardless of the nature of external funds, many civil society groups are being forced to take into account the basic fact that dependency on foreign funds will never provide long-term sustainability. Foreign funds from a variety of sources have played an important role in assisting a massive range of activities and groups over the past 40 or more years. However, as the transition of an increasing number of countries to middle-income status is showing, this was probably a short-term historical process linked to a post-colonial movement of solidarity and humanitarian responses in the post-war developed world. Some groups will inevitably continue to raise funds and transfer them to their favourite cause or group, but this does not make for a sustainable strategy unless it is clearly linked to a programme of genuine capacity building and developing a local constituency that can fund or resource the group in the future. Rick James, and indeed many others, casts doubt on the nature of capacity building from most western donors, in that the focus has been to meet donor requirements rather than to develop a locally sustainable strategy.[1]

It is understandable that groups that have been well funded from foreign sources for a generation will find it difficult to realize and act on such a major change as the withdrawal of aid funding. There is always the hope that another donor will come along and bail them out. Indeed the discussion in some of the Indian workshops was exactly along these lines: who will be the new external donor? Will it be a different embassy, church, international NGO, or maybe a private foundation?

What I see missing in this debate is a concern that we have created civil society organizations throughout the developing world that are heavily if not totally dependent on external funding. For many years donors and recipients alike have acted as though this was part of the natural order. It was assumed by most in development that flows of funds from rich to poor countries and organizations would continue for ever. Despite some concerns about the overbearing nature of donors, and the top-down nature of much development, these debates were all held under the overarching view of a resource transfer model in which rich people and countries would pay for development work and social welfare programmes in poor countries. Insufficient time and energy has been spent looking at genuinely sustainable ways of ensuring local civil society can cope with a world without foreign aid.

Tomorrow’s blog will look at one experimental model.

Brian Pratt is a freelance consultant, editor in chief of Development in Practice and an INTRAC associate.

Tagged in: role of donors sustainability

"... in fact the most important challenge for civil society in any previously developing country is the development of a local funding base and local constituency ..." I wonder if that is the right approach: orphanages and temples aside which do not produce "value" in monetary terms, development aid was in general always about developing something that later could stand on its own feet. Like farmers that after a while were fend for themselves. Cottage industries, fisheries, all with the same goal. That this latter isn't happening has a lot to do with US and EU agricultural policies against whose pecuniary fire-power all foreign is but a drop in the ocean. "... we have created civil society organizations throughout the developing world that are heavily if not totally dependent on external funding ..." Indeed, since these organizations lead to no "product" that later pays for itself, they actually have a business model which does the opposite, even if unintentionally: increase the amount of dependence because this way lies the secret of higher funding. And growth is what any organization will eventually seek. "Insufficient time and energy has been spent looking at genuinely sustainable ways of ensuring local civil society can cope with a world without foreign aid." Let me ask you this: if you had, while the funds were still flowing easily, set aside time and a budget (!) for such a search - from the dedicated budget someone else provided to do anything but (q.v. donor expectations as to the uses of their monies!), would you have gotten the money for such a search? It's just not how the system works ...