Sustainable Cities: Building a Foundation for Europe’s Children and Youth 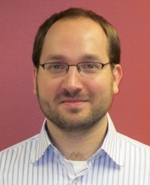 Europe’s population is ageing, with many European countries straining to adjust to a large population that has either just entered their pension age or that is approaching this stage in their lives. Younger generations must play a vital role in keeping Europe’s cities vibrant, which is acknowledged by nearly all policy makers and stakeholders. Unfortunately, the role of children and youth is often overlooked when it comes to actual implementation of policies. Furthermore, the most marginalized children in European cities, including Roma, refugees, and asylum seekers, are often ignored entirely in these discussions.

Hundreds of community-based organizations, however, are working to ensure that marginalized children and youth in Europe are a part of the conversation. Two Global Fund for Children partners, Asphaleia Action from the United Kingdom, and the Asylum Protection Center from Serbia, were invited to attend the European Foundation Centre’s annual conference last week to share their experiences in working with these vulnerable children and youth. Asphaleia Action and the Asylum Protection Center both work with asylum seeker children and youth, providing direct services such as legal and psychosocial aid, as well as tutoring and mentoring support, so that these children and youth can remain safe from continued exploitation and eventually become productive citizens in their new communities.

In Europe, Copenhagen is known as one of the leading cities when it comes to integrating the younger generation in future plans and policies, so the city was well-chosen as the host of this year’s EFC meeting. Perhaps, most strikingly, EFC participants from Copenhagen emphasized that Denmark wants to be one of the most welcoming countries in Europe for refugees, asylum seekers, and other immigrants. One can see the impact of this policy merely by walking around the center of Copenhagen and observing the diversity of the city’s inhabitants and visitors. But is the policy truly working on a practical level? 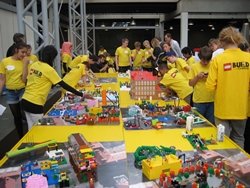 To find out, I participated in an evening networking and informational trip sponsored by the LEGO Foundation to one of Copenhagen’s schools which exemplifies children and youth inclusion efforts. The Amager Faelled Skole is not far from Copenhagen’s center, and has a student population that reflects the changing demographics of Denmark and Europe in general. This school was located in a beautiful but older building with dated grounds which included a concrete playground and even a bunker from World War II.  Hearing about this, the LEGO Foundation partnered with the school to allow the students to design their ideal playground. Students formed teams and created models of their playground using Legos. One of the teams’ designs will be used as the basis for the new playground. 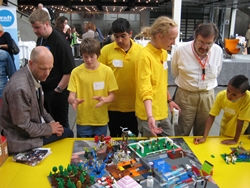 I was impressed by the sincerity and creativity of these efforts. Community-based projects centered on youth development and inclusion are essential for building stronger communities. Without true efforts for inclusion, many children and youth will remain at the margins of society, and Europe will be missing an opportunity to benefit from the resources and experiences of all its young citizens.

Joseph Bednarek is the Program Officer for Europe and Eurasia at The Global Fund for Children in Washington, DC.