Sitting at the kitchen table in my home in Virginia just four short months ago, I received a highly anticipated email that I had locked in an editorial internship in London with Alliance magazine. Despite never having been to London or having any prior knowledge of philanthropy or social investment, I was incredibly excited about the opportunity and felt prepared to take it on. Little did I know, I had even less knowledge about the philanthropy sector than I had ever imagined and I vastly underestimated just how complex it could be. 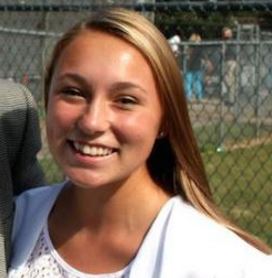 Jet lagged and feeling cautiously excited, I found my way to Clapham in London and received a warm welcome from the small team at Alliance, whatever nerves I once had subsiding quickly.

Still clueless and barely skating by with my background as a political science and writing and rhetoric double major, I got thrown right into looking over content for the blog. I began by copyediting pieces, scanning for mistakes, and barely soaking in the content as I was overwhelmed by the sector-specific jargon.

However, once I began writing pieces and paying attention to what was being said while editing, I started to understand the importance of these issues and how they affect me daily. I couldn’t have predicted how well my concentrations from university would mesh when looking through the lens of philanthropy; I quickly realized that philanthropy is inherently political, I just hadn’t been looking.

Most notably, I remember attending a meeting during one of my first weeks where Charles Keidan, editor of Alliance, was standing next to a giant sheet of paper with ‘Gates – Hero or Villain?’ written in big black letters. This was one of many things that were discussed at the meeting and I remember walking away amazed by just how much knowledge Charles had about philanthropy and how willing he was to share it.

Although this was a bit daunting at first, I eventually found myself inspired by how much there was to learn. Whether or not I made a difference or wound up wanting to pursue a career in philanthropy at the end of the internship, I was given an opportunity to be taught something new and relevant by experts; this exciting realization carried me through to the end of the program.

Beyond the knowledge I was slowly gaining about the philanthropy sector, my internship was editorial by nature and I was learning plenty about both print and online publication. In an increasingly digital age, it was fascinating to see how a quarterly magazine that had focused on print for over twenty years was adapting to this shift. I gained massive amounts of perspective as I switched hats from consumer to content creator, seeing first-hand what it looks like trying to keep up with online publications while still managing print. It’s a large role that often gets overlooked, and it surprised me how anyone at Alliance had time to do anything but work.

I quickly found out how my colleagues managed to get so much done in a day and was comforted by the fact that the stereotypes rang true – tea is, in fact, a vital part of the British work day. Not only does everyone in the office drink tea all day long, but they also have very specific preferences, ones that took the other intern and myself a while to nail down. There were often debates between colleagues who take their tea with just a splash of milk, dubbed ‘cardboard box brown’, and those who prefer ‘half-cow’, with no room for meeting in the middle.

I was amazed by how colleagues and friends could find themselves in the grey areas of issues in philanthropy and politics, though no one would budge when talking tea. The debate that sparked the most interest in me throughout the internship was that of payouts and mandatory minimum requirements for foundations. This was a recurring theme as Alliance published many opinion pieces on the debate throughout my time here, then payouts became the subject of Alliance Audio’s debut podcast.

Coming from the States where there is a 5 per cent payout requirement, I was interested to hear perspectives from those within the UK and other areas of the world who lacked similar guidelines for foundations. At one time, I hoped that I’d be able to come to a conclusion on the payouts debate, but I never fully found myself in one camp or another.

I undoubtedly learned more than I ever thought possible about payouts, though my opinion seemed to change from day to day. I could see both sides of the argument – why payout requirements made sense in some contexts yet not in others, why they are so difficult to measure, etc. – yet I was never able to say with confidence which answer is best. Stuck in the middle, the best answer I could come up with was that foundations need to be more transparent in their spending.

It seems, to me, that this transparency should go without saying but many people feel that this has the potential to take some of the power and control away from foundations. I would argue that foundations should be so transparent in their mission and their funding, that they shouldn’t have to take advantage of their freedoms – they should already be choosing to fund programs and initiatives that people will agree with and recognize their necessity.

Ideally, this transparency would allow for more public scrutiny for those foundations who are failing to maximise their effectiveness. Allowing the public to look critically at foundations would perhaps, in turn, give more power to the communities that the foundations are serving in addition to those outside of the foundation world as a whole.

Coming to the UK from the US in January of 2017, I found myself in a strange position in many ways. Leaving a post-election America and entering a post-Brexit England, I felt a profound sense of confusion and division for both. Dealing with such complex issues that were both covering entirely new territory, I often found myself in that grey area that was becoming so commonplace for me.

It was oddly comforting to leave a place that was so lost and enter as a foreigner into a place that was fighting similar battles in regards to identity and tradition. My work at Alliance keyed me in on many different outlooks on how these political events affect people from all over the world and how sometimes the answer isn’t always clear.

In addition to wrapping my head around dense political or philanthropic issues, Alliance graciously gave me the opportunity to attend events such as two Alliance Breakfast Clubs and the Skoll World Forum. Through attending these events, I was able to hear a diverse range of perspectives on all sorts of topics from the rise of community philanthropy, bridging the divide between philanthropy scholarship and practice, and social entrepreneurship.

Although my expectations were high before coming to London, the experience that I gained through working for Alliance met and well surpassed them despite the fact that I only had a few short months here in London. I know that I will continue to carry all that I have learned with me moving forward, whether it be philanthropy-specific or just related to living and working in a place outside of my comfort zone. I am incredibly thankful for the opportunity that I have been given to grow not only as a student, but also as an individual.

I look forward to keeping up with all things Alliance from across the pond and continuing to pay attention to the ever-changing editorial and philanthropic worlds.

Halie Dalton is a student at James Madison University, Virginia, and is an editorial intern with Alliance.