The best place to be a social entrepreneur? The results are in

Thomson Reuters today published the findings of their global perception poll of the best places to be a social entrepreneur. This poll was conducted in partnership with UnLtd and Deutsche Bank, and asked 900 experts in 45 of the world’s biggest economies a series of questions relating to this business-for-social-good sector, ranking the countries accordingly.

Key findings
85% of experts felt the social business sector is growing and gaining momentum globally, but most cited three major obstacles to sector growth; a lack of public awareness, access to investment, and selling to governments.

The United States ranked highest in the poll, with Canada, Britain, Singapore, and Israel also in the top five. Turkey ranked lowest, scoring poorly in most of the 12 indicators used to measure political, economic, regulatory and cultural factors. Venezuela, Brazil, and Ireland also ranked very low, with experts in all three countries saying government policy does not support social entrepreneurs. 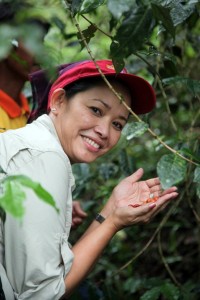 Joji Felicitas Pantoja, CEO of Coffee for Peace, a social enterprise based in the Philippines

68% of experts felt women are well represented in management in social enterprises, but less than half thought that women are paid the same as men. Asian countries fared best taking into account representation in leadership roles and the gender pay gap, with Philippines leading the way. The United States fared badly in the perception poll due to concerns women are paid less than men, with Brazil coming last.

Brexit was also a concern for experts, with many saying that Britain’s role as a pioneering country for social enterprise could suffer as it prepares to leave the European Union. Peter Holbrook, chief executive of Social Enterprise UK, says, “We can expect there will be less government support, financially and in terms of policy, because there will be some economic contraction.”

But a lack of public awareness and understanding was perceived to be the greatest obstacle to sector growth among experts, a problem exacerbated by varying definitions of social entrepreneurs. The experts said boosting public understanding could build greater awareness and put pressure on governments and financial institutions to support social enterprises which only have specific legal status and tax breaks in some countries. “Individual enterprises are finding a niche and finding they can engage the market and sell their products or services,” said Rosemary Addis, chair of Impact Investing Australia. “But as a sector, the concept of social enterprise and purpose-driven business has not yet got mainstream awareness,” she said. “That’s a job ahead to educate the public.”