‘The climate crisis galvanised us’: Trottier Family Foundation on their climate action

‘If we can’t solve the climate crisis, none of our other work will matter’, said Eric St.Pierre, speaking about the Trottier Family Foundation’s climate work to Alliance recently. The Canadian foundation has been slowly ramping up its climate work over the last decade – starting with allocating grant dollars to the effort, divesting from fossil fuels around six years ago, and most recently joining the International Philanthropy Commitment on Climate Change. 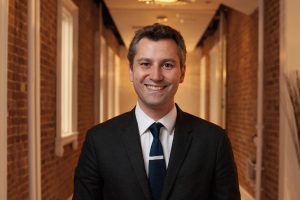 As Alliance magazine’s June 2021 issue looks at climate philanthropy ahead of COP26 in Glasgow, we partnered with the International Philanthropy Commitment on Climate Change on an interview series to ask a number of organisations around the world: what is philanthropy’s role in addressing climate change at this critical moment?

Alliance & IPCCC: Has your organisation made any commitment to climate action or joined a climate pledge? If so, what?

Eric St.Pierre: The Trottier Family Foundation has been funding climate initiatives for the last decade and in 2019 committed to an additional $50M in grants by 2030. This climate commitment will ensure support to existing Canadian environmental charities but also the capacity to catalyse new climate initiatives.

We recently signed the International Philanthropy Commitment on Climate Change and helped establish the Canadian Philanthropic Climate Pledge that we hope to launch in October. We also actively encourage other funders to grant to climate organisations and integrate a climate lens to their investments.

To put it bluntly – the climate crisis galvanised us. If we can’t solve the climate crisis, none of our other work will matter. The science is unequivocal and tells us that we must urgently reduce emissions to avoid irreversible damage. Our board and staff are composed of science and climate experts – we are driven by fear of the crisis but also motivated to finding climate solutions.

By granting over $8 million a year to climate – we support various environmental charities and identify certain gaps where we feel philanthropic funding could yield meaningful results. For example, we recently co-created the Low Carbon Cities Canada (LC3) initiative, which unlocked $183M from the federal Canadian government and established seven LC3 centres. These LC3 centres are based on The Atmospheric Fund model that invests in local low-carbon solutions, like energy-efficient retrofits, and scales them to obtain significant carbon reductions. Philanthropic funding and staff support helped create this network that tackles local climate emissions. 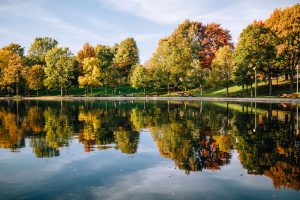 The Foundation’s endowment divested from fossil fuels (coal, gas and oil) about six years ago. Investing in fossil fuels while providing grants to charities that mitigate climate change would be a misalignment.

However, negative screens are just the beginning. Foundations can play a catalytic role in allocating capital towards climate solutions. Investing capital in clean technology, green bonds, concessional investments, or impact bonds can lead to a significant impact in the climate space.

What kind of impact have you seen your climate focus having already? If you have a story, please share it.

At the city level, philanthropic support helped the City of Montreal adopt an ambitious Paris Agreement-aligned climate action plan. We approached the City of Montreal and offered financial support, and alongside C40 Cities and the David Suzuki Foundation, a committee was created to advise the mayor of Montreal. This work also led to the City adopting a 55 per cent carbon reduction target by 2030, which the Mayor cited at a United Nations conference in 2019.

We are particularly concerned about the lack of philanthropic funding in the climate space. It’s easy to feel alone in the fight against climate change, and we would welcome more funders taking on some of the solutions like energy efficiency, industrial decarbonization, supporting climate movements, carbon removal, electrification, and so much more.

Our board was already convinced to take on the climate crisis and apply a climate lens to our work and investments. When I joined the team as Executive Director, the board wanted to raise our ambition related to climate and take on some new bold initiatives – which we did!

Most philanthropic funding goes towards education and health – we need to ensure foundations are making the connection between these issues and climate change. Additionally, civil society needs to hold philanthropic foundations accountable and encourage the sector to start investing significantly in the climate crisis.

Begin your journey now! Connect with other climate foundations to learn and then get in on the action. We have less than a decade to ensure our 1.5C target is met and so time is of the essence.

Thank you, Eric, St. Pierre, for this deeply thoughtful interview. The importance of climate change has rarely been put so boldly and succinctly, and you are absolutely right: if we do not solve this, no other work will really matter. Rosemarie Schade Professor Emeritus, Concordia University