The magic of listening

It is the same conference setting as usual in philanthropy around the world. Still something has changed at this year’s symposium of Philanthropic Foundations Canada (PFC) in Montreal.

There is a sense of change in the halls during this day-and-a-half conference. Change that is not just a tribute to the motto of the conference ‘Listen. Learn. Act.’

The event began with a listening exercise. Community leaders from various parts of Canada shared with the foundation community their perception of the relationship. This discussion made obvious that philanthropy often does not listen to the relevant voices and that it seems to ‘hide’ under its very own language and administrative processes. 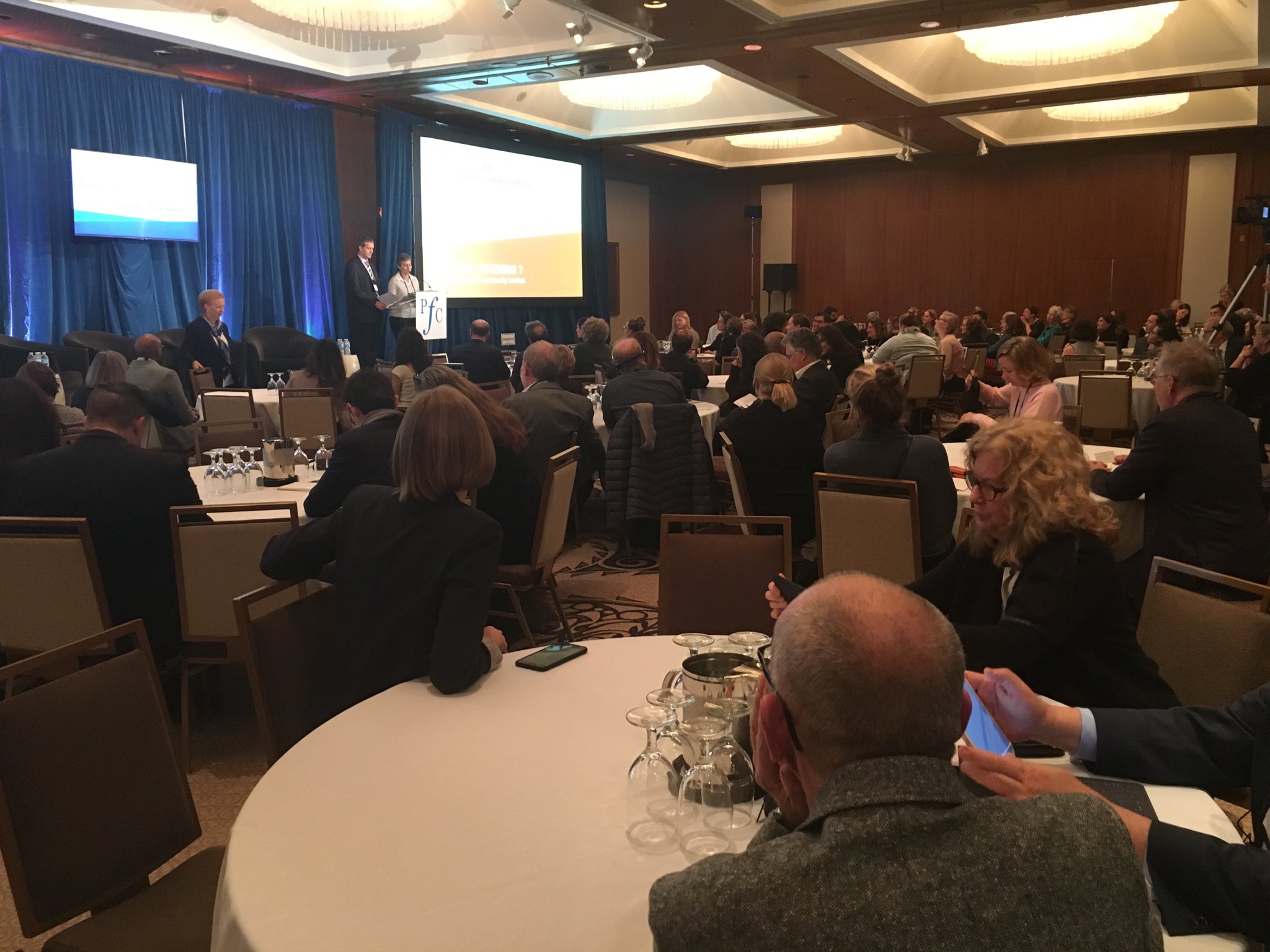 Jean-Marc Chouinard, President of the Lucie and André Chagnon Foundation in Montreal, describes this change within his foundation in a very vivid, engaged way in a panel on ‘How do we learn to listen? A discussion with funders’.

His foundation is one of the largest in the country and initiated a dramatic strategic shift over the last two years.

A crucial element of this shift has been conversations with the community in Quebec that the foundation wants to serve.

The foundation had more than 200 community conversations to learn about expectations towards the foundation in the field of poverty reduction. One result of this has been a growing representation of the community on the board of this family foundation.

Collette Murphy, the Executive Director of the Atkinson Foundation in Toronto, represents another example of how foundations in Canada are turning participation into a crucial value set and lever for their work. The Atkinson Foundation’s engagement for decent work is driven by collaborating closely with grassroots advocacy organizations.

The current debates around changes in labour laws in the province of Ontario are an indicator that the foundation and its stakeholders are on to something.

The PFC symposium presented a variety of initiatives in which foundations are first listening. Participation can be a crucial part of this and may turn into an element of quality and principle in a foundation.

The General Director of the Catherine Donnelly Foundation in Toronto showed how in their various funding initiatives on homeless youth and adult education they get the recipients actively involved in the grantmaking process.

Another example for this approach is the Laidlaw Foundation. Representatives of this foundations contributed to several panels how youth with a variety of social and ethnic backgrounds can get actively involved in the co-creation of grantmaking and governance.

In the Canadian context one driver for this shift in approaches of foundations seems to be the reconciliation process with the countries First Nations, Inuit and Metis.

Redefining the relationship with the indigenous population has created an urgent need for listening to the voices of these communities. It therefore may not be a surprise that one session of the symposium was entitled ‘The reconciliation opportunity’.

All this does not mean that Canada’s more than 5,000 foundations have suddenly turned into listeners, conveners and social justice advocates. But they seem to take serious the meaning of a community if practise. The symposium covered some of the toughest social challenges. It allowed reflection on these and avoided to jump to conclusions, solutions. Listening really does seem to have its very own magic.