The potential power of connection-building 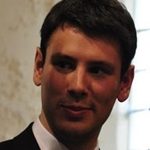 As a communications professional, I know that connecting people with ideas ought to be my bread and butter. There are times though, when I must concede that the tunnel vision of dealing with everyday operational realities blinkers me to broader thinking about building those connections. The EFC Conference provides a rare opportunity to step back and think about the potential power of that connection-building.

At a Laboratory Europe world café session, I approached with some scepticism the idea that foundations can support cultural initiatives (in the broadest sense) with the capacity to revitalise democracy. Yet as ideas buzzed around the room, it soon became evident that growing public hostility to established civic and democratic institutions is what makes such initiatives so necessary: finding shared space and providing communities with new means of discourse about the structures and decisions that govern our lives.

Later that evening, chatting over dinner at Christiania, I was heartened (and further chastened for my scepticism) to learn that grant makers in authoritarian African countries have found themselves supporting arts projects to give discussion space to people who otherwise struggle to make their voices heard in a politically difficult environment. It seems that whether its hostile government or corrosive disillusionment that separates people from institutions, communities need new channels to connect with democratic decision-making.

Of course, as grant-making foundations, we have an important role to play here. Successful initiatives may need to be rooted in the economic and cultural contexts of their communities, but that isn’t to say they can’t be adapted and adopted elsewhere. As grant makers, we have the capacity not only to support projects, but to communicate them. We build networks, and as EFC Conference illustrates, we’re unafraid to share experiences across national borders.

At ‘Begin with the Children: Transforming Divided Cities’, the idea of shared (in this case, contested) space again arose, here in the context of the city of Derry/Londonderry in Northern Ireland, incidentally an area of the world in which the Barrow Cadbury Trust was once active. Collaborations between community actors, Atlantic Philanthropies and the Northern Ireland Executive have seen projects involving children, young people and parents increase dialogue and improve relations between nationalist and unionist communities in the city. Drawing on the ‘contact hypothesis,’ I found it another powerful example of how foundations are in the privileged position of being able to drive projects which both benefit communities immediately, and build connections with the potential to strengthen democratic and civic life in the longer-term.

As Mark Kramer eloquently noted in a session on catalytic philanthropy, there is an important role for communications as a tool in mobilising movements that will deliver real social change. Whether growing networks, shaping new shared ground for communities to debate their future, or sharing experiences across borders – the past two days in Copenhagen have consistently reminded me why we need to keep pushing the limits of how we actually understand communications, and why it is so necessary for delivering our mission.

Paul Evans is communications manager at the Barrow Cadbury Trust