The sound of silence

The immense passion sparked recently by the new Prime Minister’s announcement of a new wave of grammar schools has astonished me. There have been frenzied arguments in the media and parliament and this has also come up in casual conversation. I even had an old lady approach me and my unsuspecting four-year-old the other day to marvel at “what a great thing” Theresa May had just done for our future. 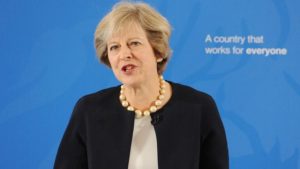 Theresa May plans to launch a new generation of grammar schools

There have been strong arguments on both sides: praise for grammars as inclusive and meritocratic, and condemnation that they are divisive institutions damaging social mobility and perpetuating middle-class privilege. But where has the charity sector been in this public debate? Almost nowhere. Leaving aside The Guardian, there has been barely any commentary in sector outlets such as Third Sector or Civil Society. And with the exception of the Sutton Trust and Teach First, few charities have waded in to offer their perspective.

The sector in general seems to struggle with finding its voice on social mobility, and this political hot potato is left to think-tanks in the main. But even on the slightly less controversial issues of education,  the sector has been reluctant to speak up. There is no obvious organisation leading the charge here. Why is that?

In our discussion paper, School report: How can charities work best in the school system?, earlier this year we found that charities play a vital role in improving educational, emotional and social outcomes for children by working with schools. To name a few: they support vulnerable children and those with special educational needs; help improve academic performance as well as non-academic outcomes like confidence and resilience; and develop the teaching profession. With schools facing a real-term budget cut of 8% between 2015 and 2020 this work is more important than ever.

Our recent follow-up paper, Education: A forgotten issue?, sheds further light. We argue that despite the crucial role of education charities there is surprisingly low public awareness of their work—especially when compared with health charities, an area that is similarly viewed as primarily being the responsibility of the state. Our analysis of charity commission data showed that the top 20 health charities are getting over 40 times as much voluntary income as the top 20 education charities—they are also more than three times bigger overall. This is mirrored in brand awareness. Here’s a question: try coming up with three big brand education charities off the top of your head? Answer: some of the largest are Ruskin Mill Trust or the Pre-School Learning Alliance. In comparison, Macmillan, Sue Ryder or the British Heart Foundation spring easily to mind.

Q & As aside, there is a serious issue here. Charities are an important means of representing different groups in society and speaking up for those who might be otherwise unheard. But the relatively small size of the sector—the absence of big, visible household names—goes some way towards explaining why the sector seems to be rather quiet.

And what of funders in this area? Many philanthropists and foundation are passionate about education and the livery companies (Mercers in particular) have been instrumental in the introduction of academies, which was the the last big revolution in education policy. Just like charities, however, funders are often linked to particular education models and schools, and transcending this and speaking up for the sector as a whole, can be hard.

This leaves us in an unsatisfactory place. One that calls for a disruptive force in the education charity sector—a new organisation? A funder collaboration? A group of charities finding a shared voice? A new digital solution bringing the sector together?

I don’t have the answer. But wouldn’t it be great if we could find it together? Wouldn’t it be useful to society, if the funders and charities working in this area could be ready to add their voice to the grammar school debate and whatever comes next?

Lena Baumgartner is Deputy Director of Research & Consulting at NPC