There’s a drumming sound inside my head…. 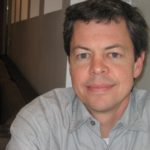 The musical interlude at the opening plenary of last week’s European Foundation Centre annual conference in Copenhagen didn’t just revive me. It impressed upon me the urgency of the issues being discussed. Our populations and our cities are expanding – in some cases exploding – at a faster and faster pace. A bit like the beat of the techno-drums.

Not only are we facing climate change, but also the world’s population will reach 9 billion in the next 30 or so years, with most people living in cities. This seems not to be as much of a problem if the cities are Copenhagen or New York or Melbourne, where thought and resources are going into their planned expansion and livability. But in poorer cities in sub-Saharan Africa and India, for example, the growth is not being managed. Indeed, there is no capacity to manage it. Governments and planners are overwhelmed. We heard that more than 65% of the people living in cities in sub-Saharan Africa live in slums, where the median age is 18.6. It is easy to imagine the frustration and anger arising from these desperate places. Juan Clos of UN Habitat provided an example of how this anger and frustration manifests itself: the ‘flying toilet’. When outsiders visit the crowded slums, residents express their view of the lack of sanitation services – one of the biggest problems facing these crowded neighbourhoods – by targeting their visitors with plastic bags of … well, you get the picture. That image – and all those facts and figures – have been quite literally drummed into my head.

Jordi Vaquer, from the Open Society Initiative for Europe, closed the conference with a sobering call to deal with the dark side of the economic and political crisis: the impact of increased poverty, exclusion, and marginalization on our communities.

As we talked about sustainable cities in lovely Copenhagen, the mega-city of Istanbul convulsed with violent clashes triggered by demonstrations over the government’s decision to destroy one of the few remaining green spaces in the city centre. This added a very real-life dimension to our discussions, showing us how so many complex issues are reflected in the urban landscape.

Many of us, including me, left Copenhagen with a renewed sense of urgency on a range of issues. But now what? We are foundations. Whether grantmaking or operational, we start small and work over the long term to bring about deeper change. We learn at conference session after conference session that good philanthropy is marked by careful, patient, people-centred approaches, with some risk-taking and innovation thrown in for good measure. But in the face of the world’s rather grim circumstances, what good is all that?

Gehl offered what I thought was a way forward, a simple suggestion to focus on ‘changing mindsets’. And it wasn’t just idle advice. He’s done it: He’s empowered people to think differently about how they organize their cities and what livability means in everyday life. No matter what your issue, this approach to change is a powerful one.

The evening networking event I attended was a tour of Christiana, Copenhagen’s self-proclaimed autonomous neighborhood of about 850 residents that has its own rules on property ownership and decision-making. There was a lot that was fascinating about the story of Christiana, but what surprised me the most was the impact Christiana seems to have had on the collective Danish mindset. People in Denmark – or, at least a majority of people in Copenhagen – value this social and democratic experiment because it symbolizes something important about the country’s identity and its values. It says that Denmark is open and tolerant, ready to entertain alternative ways of thinking and living. They may not choose to live in Christiana, but they realize making space in society for those that do benefits everyone.

This idea of carving out spaces for ‘alternative’ and creative thinking, especially at the community level, is something we in philanthropy need to keep in mind. As Jordi Vaquer said, the fallout of global and national economic and political crises can often be seen most acutely in our communities and neighbourhoods. Perhaps the best responses to the crises can be found there, too.

Comment: On the edge of the abyss, what can foundations do? | Latest from Alliance