‘This is a trauma for generations’: How the Voices of Children foundation works during the Russia-Ukraine war

No child should be left alone with a trauma – that is the mission of the Voices of Children charitable foundation. Since 2015, the foundation has been providing psychological and psychosocial assistance to children affected by the war.

For the past few weeks, after Russia’s full-scale invasion of Ukraine, the foundation has been working non-stop to help affected children and families across the country, provide emergency psychological assistance, assist in evacuating and relocating people, and provide humanitarian aid during relocation. Furthermore, the Voices of Children creates support groups for children who have been evacuated from the areas of military action and helps families individually.

The Zagoriy Foundation spoke about all these topics with Olena Rozvadovska, the Voices of Children Foundation founder.

ZF: How did you find February 24, when Russia started a full-scale war against Ukraine? What has changed in the foundation’s activities, and what new scope of work has been added?

OR: Indeed, new work directions have appeared, but none of them is unusual for us. Evacuation, food deliveries, emergency ambulances for hospitals, children, and families were relevant in 2014-2016 when we started working as volunteers. The focus of the activity – the psychological and psychosocial support of children of war – was outlined later when we realized that the need for material humanitarian assistance was not as strong as before.

There are no children in general who do not suffer from the war. It’s hard to think of those still in occupied cities or under the fire. I even can’t imagine what’s going on in Mariupol.

And now the evacuation, rapid response, accommodation, and resettlement are relevant, so we are doing it again. What is definitely new for us is an incredible scale. This war has affected the whole country – probably there is no person in Ukraine who would not suffer from it in one way or another. There are hotspots where genocide and targeted killings of civilians are taking place, while security is relative everywhere else. The scale is impressive: it was impossible to imagine our cities being razed to the ground in the worst plans and forecasts.

A few months before, we were already deeply immersed in the informational context and understood that we had to be prepared for the big war. We are constantly working on Eastern Ukraine. Therefore, we expected the escalation would make the situation even worse. However, our previous plans for the beginning of February were the following: as a team, we would visit Eastern Ukraine and start working on a book based on the stories of children who have been living in the war for 8 years. In mid-February, I came to Truskavets (the town in Western Ukraine) to take a breather, finalize the reports and figure out if the city was ready for a possible evacuation. Also, I was learning how to prepare local sanatoriums and boarding schools in case of evacuation. 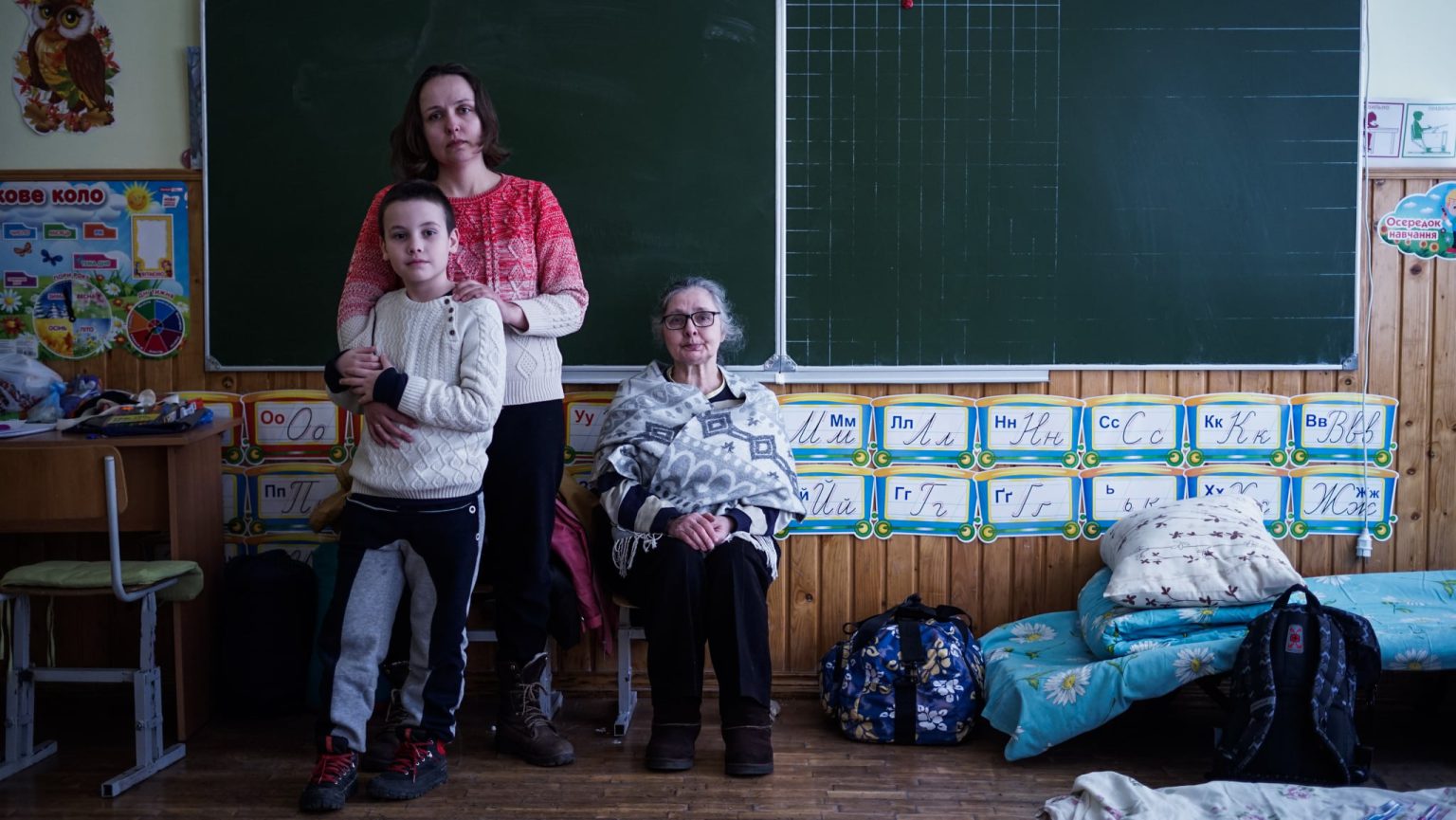 After the invasion, everything changed dramatically. The Lviv region became the largest hub for internally displaced persons. The first wave came from Mykolayiv, Kyiv, Sumy, Chernihiv and other areas of military actions. People either stayed for a while or used it as a transit point. Nowadays, we concentrate our work here, keeping in touch with our people in Eastern Ukraine and with the locals we have worked with for a long time, reallocate some funds for evacuations, petrol, accommodation, food and support resettlement facilities. Gasoline, by the way, is in very short supply. Therefore, our friends from Slovyansk have to go to Dnipro to get some.

We also helped arrange shelters. The largest one is located in Lviv and can accommodate 250 people. Our foundation covered most of the cost of the rent and provided the shelter with humanitarian aid. In addition, we offered a shelter in Truskavets with several hundred mattresses, helped make beds, and bought food, medicines, hygiene products, and petrol for people fleeing the war. We continue to support such centres in Lviv. At the same time, we make constant purchases and shipments closer to the east. Now we are planning to deliver cargo to Zaporizhzhya. We cooperate with organizations from abroad to coordinate assistance from there.

We also develop physical locations: we determine a particular day when psychologists can work with people in person. Such centres for children, parents, and teachers are located in Truskavets, Skhidnytsia, and Poltava. We opened a unique teaching centre in Lviv, where our specialists teach how to provide such assistance and directly help children.

What are the fears of children coming from the war zone?

In Eastern Ukraine, we constantly worked with the Lysychansk Center for Social and Psychological Rehabilitation of Children. It is a shelter for children who are taken away from their families while a court case of deprivation of parental rights is pending. This is a kind of transit period: a child is not yet an orphan but no longer living in a biological family. The centre was evacuated to Lviv, where our psychologists work with children. We also kept in touch with the shelter from Severodonetsk, which was evacuated to Austria.

I know that many orphans are leaving the country. There are no children in general who do not suffer from the war. It’s hard to think of those still in occupied cities or under the fire. I even can’t imagine what’s going on in Mariupol. There are a lot of our friends in the town and, unfortunately, we’ve lost connection with them. This is a trauma for generations for all of us, and it will not pass just like that. 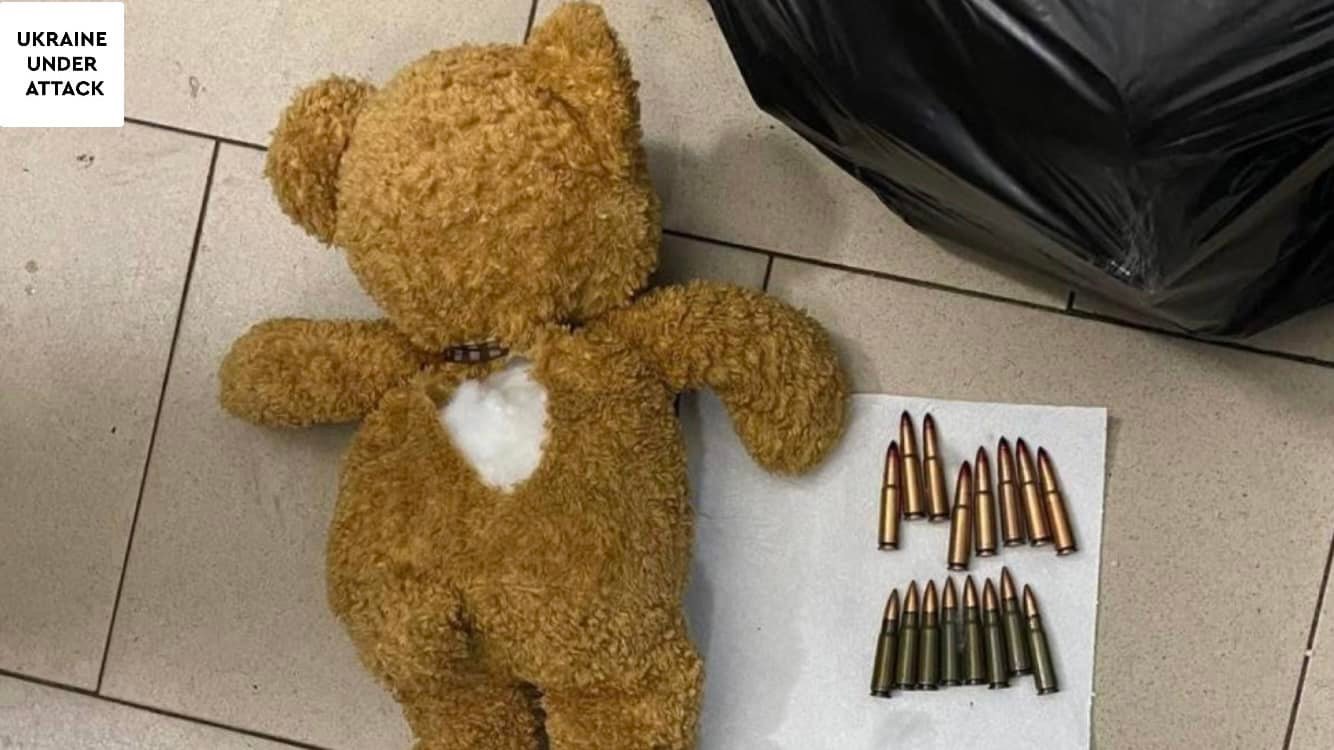 Often children are afraid of any mention of war, so then it is better to leave. Parents call us on the phone line and say: children are aggressive and it’s hard to communicate with them, or on the contrary, they do not talk at all. Each mind has its own reaction, but the war experience never goes unnoticed. The children that our psychologists are working with now have a lot of anxiety and a lot of unspoken emotions. The pictures they created during art therapy are sorrowful and show a lot of tension. Many fears stand behind those pictures.

It is now difficult to predict the consequences of this situation. The children, even though they have left, still cannot relax. Families are still looking for a place, or peace, or meaning. They don’t know what to do next. This is not a classic relief: to come out, survive, and now relax. Yes, you can exhale, but it’s still another life, it’s inadaptability – you’re either on the road or looking for your home.

The time has not yet come when a child can show everything he hides inside, and he is like a compressed spring. The children I saw do not feel safe, and their psyche is unprotected. We will see the real consequences of everything happening now much later. Now it is like an open wound, and how long it will heal, we will see in the next 30, 40, 50 years. 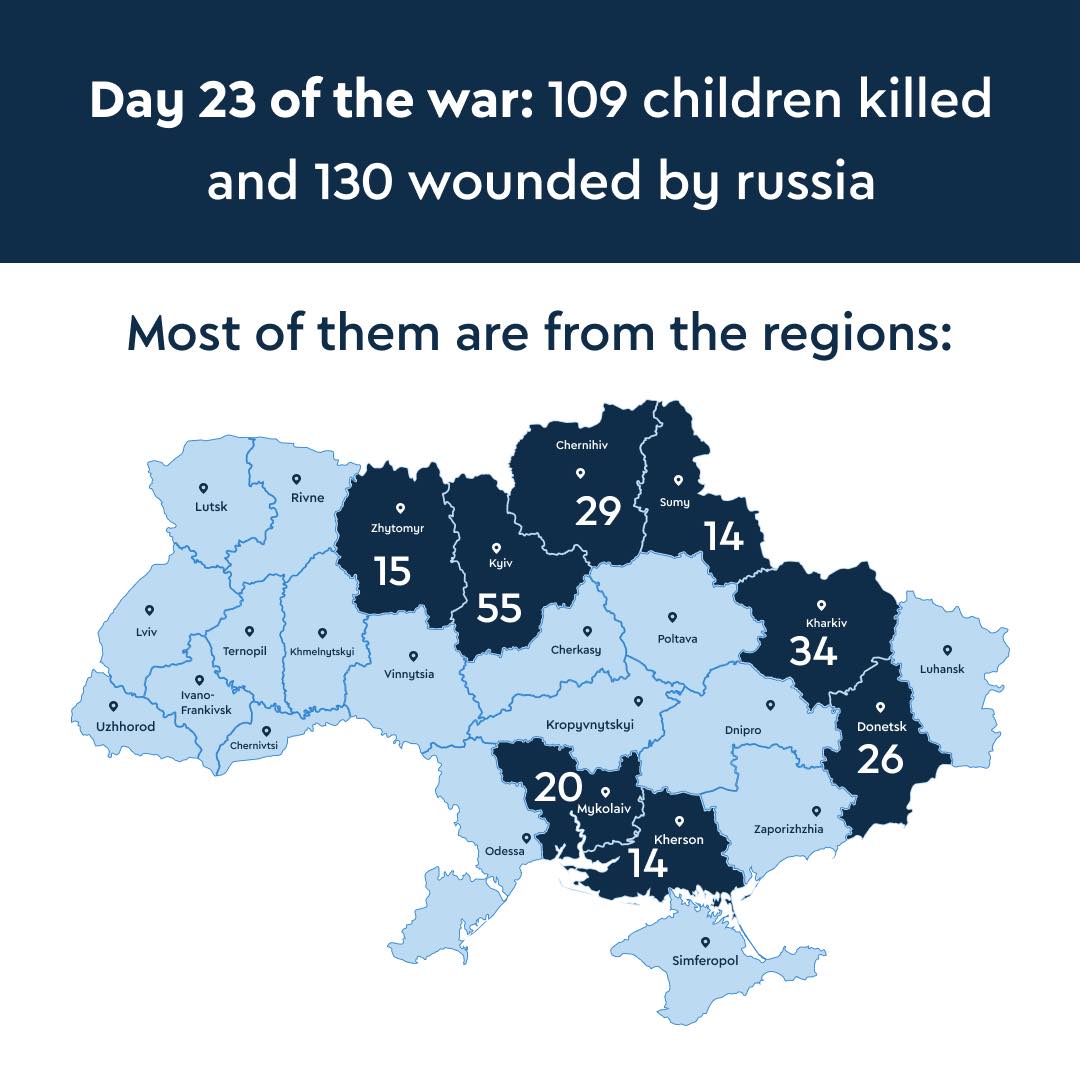 How do children who have already witnessed the fighting in 2014 and later react to today’s war?

Obviously, they react very negatively. Their minds have already adapted to the war, but the escalation definitely provokes a regression. Some of them are leaving. Others didn’t have time to leave because their cities, towns and villages were captured so quickly that it was impossible to break through (for example, in the Luhansk region). Shortly before the war, our psychologist worked in a kindergarten in Stanytsia-Luhanska. Now the village is under Russian occupation. It happened rapidly. Therefore, we don’t have contact with many of our people.

Many people decided to stay, especially those who had already fled the war in 2014-15. People who stayed after 2014 started getting used to living near the war. They renovated their houses. Some front-line towns have succeeded, such as Avdiivka, where new roads have been built in recent years (the “Great Construction” program has reached there), and new murals have been painted on the walls. All these facts were signs of survival, although there was a war going on. Those people felt that their everyday lives were back, so the thoughts that they had to leave again were as frightening as the terrible shelling. Now it’s even worse because there is no safe place anymore where they can hide. However, we try to support people in every possible way. 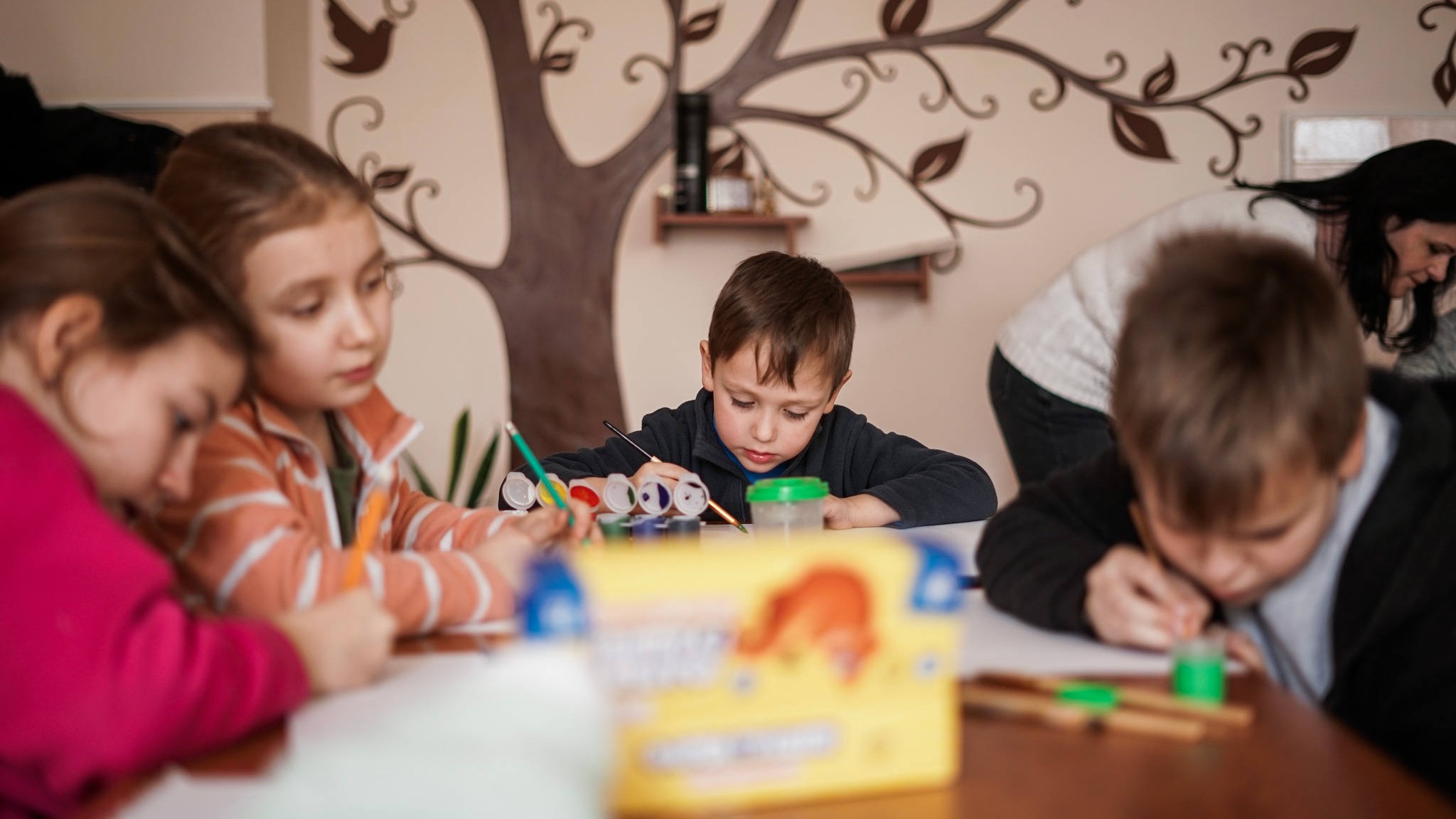 What kind of specialists are currently involved in the work?

We work with many specialists who have experience in social work, accounting, and creating databases because we need to digitize all the help we provide. It is an array of information. Also, we involved people who have experience in developing questionnaires and reports who know how to collect information about violations of children’s rights because this is a separate procedure.

Who or what do you need now?

We are planning to expand our team. If a person has strong management skills and is willing to work hard, we would be happy to see this person in our team. Donations are always needed. Now they are made especially actively. We receive strong financial support from abroad. We also need local volunteers in the hotspots. We can buy and deliver everything, but often in some locations, it’s impossible to break through, so information from the field and personal contacts are essential. We also need people close to those in need (children, parents, children with disabilities) who can build a strong connection. We try to work as much as possible locally.

Yaroslava Tymoshchuk is the Editor of the Media of Great Stories. This article was translated by Oksana Plakhotniuk.

This article was first published by the Zagoriy Foundation on its site, The Media of Great Stories, on 24 March 2022. It is being re-shared in Alliance with permission.

For more information on the Voice of Children Foundation, or to donate, visit voices.org.ua.

Greetings from Rwenzori youth Empowerment located in western uganda , Kasese district. we have to learn that you do support marginalised children in africa. i take the opportunity that here we have got arefugee camp at bwera teachers college in kasese districh where we have children orphaned whose parents died in war in the democratic republic of congo. The children do not have shelter, food,clothese, so we are reaching you seeking for humanetreian assistance