Trends in Chinese transparency and philanthropy 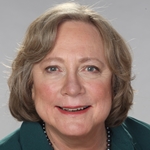 A report issued in early January dealt with transparency among China’s large foundations. Some of the results are reported in the chart below.

Only 182 organizations published financial accounts in their annual reports. Among 240 organizations publicizing their donation information, only seven reported project budgets and seven revealed financial accounts. A previous report, jointly released by the China Foundation Center and Tsinghua University’s School of Public Policy and Management, said 1,380 charitable foundations (60 per cent of the national total) failed to make public their annual financial reports, although they are legally obliged to do so. These are, of course, depressing statistics. One wonders to what extent there is a remedy even though organizations are largely ignoring the legal requirements that they publish information. The 2012 annual report on the transparency of these organizations is drawn from data in surveys and interviews carried out among 500 charity foundations in China. The Charity Information Center has composed a transparency index to rate the organizations. According to the report, this year’s overall rating on the transparency index is 45.1, which is an improvement compared to the 33 points in the ratings last year.

Hard of the heels of the publication of this report, Beijing Municipality announced that Beijing authorities have vowed to punish charity organizations that fail to disclose information as required. The lack of a national-level law (the proposed charity law) remains the biggest problem in efforts to promote transparency in the charity sector. The draft ‘Regulations on promoting the development of charity’ in Beijing state that charities failing to disclose information will face a fine of up to 30,000 yuan ($4,800). The draft states that it is mandatory for a philanthropic organization to disclose information in six categories, including the organization’s basic information, fundraising and inflow and outflow of donations. All new information should be released within 20 days, it states.  The municipal government will help set up a platform for charities to make their information public.

In addition, the Ministry of Civil Affairs’ website has broadly publicized a six-month registration suspension for an organization that failed to file reports for three years, as required by law. Prominently featured is a story about the China Native Art Association.

Three reports on philanthropic developments in China discuss important trends with respect to these issues.

The first is a blog post in the Stanford Innovation Review, which discusses the timing of philanthropy for China, focusing principally on US donors. It suggests that people and institutions should act now because this is a developing field. Katharine Marshall, who wrote the blog post, had done extensive research on developments in China. She stressed the following key points:

The other two assess developments actually occurring among Chinese people, one with corporate donors and the other with family philanthropy. The first, an excellent and lengthy report by the Conference Board (written by Anke Schrader and Melinda Zhang), analyzes trends in recent years. Called ‘Corporate Philanthropy in China’, it has five principal findings:

• Selecting giving channels that match the company’s presence, experience and capacity in China.

•  Engaging in research and information gathering for local engagement activity because of the limited availability of public information.

• Choosing a non-profit partner should include their ability to work together with companies and execute their strategic goals, and not just on the size or affiliations of the partner organization.

•  Project planning needs to factor in the governance, transparency and accountability issues of domestic NPOs.

Finally, Business for Social Responsibility (BSR) China published a report (written by Nina Zhou) on family philanthropy, which notes the following three issues that need to be addressed in order to make such philanthropy more effective:

•  A gap in operational strategy among the ‘first-generation’ philanthropists.

•  A misunderstanding of the potential that China’s ‘second-generation rich’ (Rich2G) can offer this sector.

•  A lack of value placed on a clear set of values, mission, and goals to measure the success of philanthropic behaviour.

As the report says, it is clearly important for Chinese philanthropists to engage with what constitutes ‘best practice’ when it comes to philanthropic activity.

The issue of best practices for philanthropy among Chinese donors clearly needs serious attention, and this blog will analyze trends over the coming months.