News from the football world spilled over into philanthropy last week when Russian billionaire Roman Abramovich announced that ‘stewardship and care’ of Chelsea Football Club was being handed over to trustees of the football club’s charitable foundation, as Russian sanctions by the West deepened following the nation’s invasion of Ukraine.

A few days later, Abramovich – whose wealth is speculated to be around $12.9 billion and has been the owner of Chelsea since 2003 – announced he would sell the club. 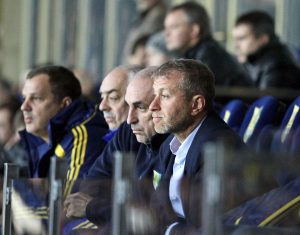 But in this intervening period where the for-profit club is managed by a nonprofit foundation, there is intense global media speculation. The Chelsea Foundation, founded in 2010, is inviting scrutiny from the Charity Commission for England and Wales and prompting many to ask whether a charitable foundation can assume responsibility for running a football club.

According to the statement announcing the ‘incredibly difficult decision’ to sell Chelsea, Abramovich plans to donate ‘net proceeds from the sale’ of Chelsea to a charitable foundation which would be set up ‘for the benefit of all victims of the war in Ukraine’ funding immediate needs and long-term recovery work.

In all cases, Abramovich has emphasised he is acting in ‘best interests’ of the club and has denied any ties to Putin despite the leader of the Labour party highlighting a UK government Home Office document referring to Abramovich’s possible corrupt practices and associations with the Russian leader.

What should the philanthropy sector make of charitable foundations getting mainstream attention thanks to Abramovich’s moves? Is his recourse to charitable foundations an acceptable, ethical and pragmatic way to manage awkward situations? Or are they being used as a shield to hide more self-interested motives and manage his bruised reputation? It’s worth noting that Abramovich in common with other billionaires has access to the best public relations firms that money can buy so we can assume that all his public comments have been carefully considered.

A conflict of interest

Let’s take the plan to place the club in the hands of the charity.

There is no doubt that’s a bold and innovative move and, on the face of it, seems like a potentially responsible act given that charities are bound by law to promote public benefit. But problems abound: First, the idea of a charity assuming control of a commercial entity is highly unusual in the UK and the suggestion has been met with bemusement and questions about how it will work in practice. Any such move will require regulatory approval and the Charity Commission are reportedly investigating. That said, there is an international precedent for charitable foundations owning commercial entities. Some leading foundations in Germany and Denmark actually own businesses for example.

But even if a continental model proves permissible in Chelsea’s case, the Chelsea Foundation will have to transform its staffing, operations and management to be in a position to run the club. Where would that leave their existing community work? More of a sideshow or with its status enhanced?

…these developments leave champions of philanthropy in an awkward spot. And some charities who have been on the receiving end of wealth originating in Russia, are no doubt holding their breath.

Abramovich’s plans to set up a charitable foundation to help all victims of the war raise equally significant and unresolved questions around objects, intent and governance.

First, the use of the word ‘all’ suggests that Abramovich intends to stay above the political fray and avoid taking sides. While ostensibly the focus on all victims may appear laudable – there is undoubtedly suffering and loss on all sides. But on another reading, the absence of any public condemnation of Putin’s invasion makes Abramovich’s statement seem more like a self-interested move to offend no one by offering to help everyone.

But even taking Abramovich’s offer to help all victims at face value, there is no detail about how much help he will provide, to whom, or through which intermediaries.

Details on the foundation are scant

There is also no indication yet of where the foundation would be established and how it would be governed. Unlike the US, British foundations do not have their own regulatory status. As a result, a charitable foundation in the UK would have to meet public benefit tests set by the country’s Charity Commission. That seems an unlikely route for Abramovich, given reports of not just of the sale of the football club but wider capital flight on his part. If and when the British government moves to sanction him, could we see Abramovich set up his charitable foundation in Israel where he now has citizenship, and where there is a sizeable population of Russian origin?

Indeed, it’s striking that Israel’s national Holocaust memorial and charity Yad Vashem has reportedly intervened in America to lobby against sanctions citing his strong support for Jewish and Israeli causes. Watch this space.

…the absence of any public condemnation of Putin’s invasion makes Abramovich’s statement seem more like a self-interested move to help everyone and offend no one.

But as things stand, Abramovich’s announcement of intent to set up a foundation for victims is just that: a statement of intent. That intent might be generously realised and communicated transparently in accordance with best foundation practice. But equally, it might just prove to be a convenient and expedient device to help wriggle out of a tight spot.

Roman Abramovich has always proved a mercurial figure in philanthropy, known for generous gifts to Jewish charities but opaque in funding intent and practice. His growing right-wing philanthropy in Israel will alarm Palestinians and anti-occupation campaigners in the Jewish diaspora. A BBC investigation cited in a recent profile of Abramovich by Jewish Currents reported that he has donated over $100 million to Elad which supports the expansion of illegal Jewish settlements through buying up Palestinian land.

But he is by no means alone in facing the fallout of Russia’s invasion.

Abramovich far from the only Russian billionaire under question right now 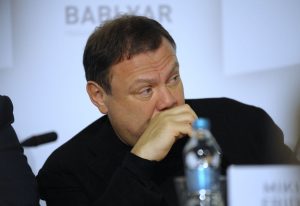 The owners of Russia’s Alfa Bank, Mikhail Fridman, 55, and Petr Aven, 64, are two other leading businessmen and philanthropists with major philanthropic interests in the UK and Israel.

How should charities on the receiving end of their gifts respond? The Genesis Philanthropy Group, co-founded by them and German Khan to handle the Alfa owners’ philanthropy, has donated to many Jewish charities including JW3, a Jewish community centre in North London. It will be instructive to see how JW3 and other recipients of Fridman’s and Aven’s philanthropy respond. Like Abramovich, Fridman and Aven have also supported a number of Jewish and Israeli causes. The Genesis Philanthropy Groups lists support to Birthright – which sends diaspora Jews on free trips to Israel – and Friends of the Israel Defence Forces (FIDF) among the funded charities.

Meanwhile, Fridman and Aven are now committing funds to support the sizeable Jewish population in Ukraine, according to a statement on the group’s website posted on 1 March 2022. The statement notes that ‘Fridman, who, along with Aven, was put on an EU sanctions for close ties to Russian President Vladimir Putin, was the first oligarch to speak out against the invasion’.

Another billionaire with strong philanthropic interests in the US, UK and Israel is one of the world’s richest men, Len Blavatnik, who earned Oxford University notoriety for partnering with him to establish its Blavatnik School of Government. Others have ties to Blavatnik too, including the UK and US registered children’s charity Lumos set up and funded by author JK Rowling. One of Lumos’s trustees, Danny Cohen, is a President of Access Entertainment, a division of Blavatnik’s business empire.

It is conceivable that Blavatnik’s business and philanthropic affairs will be a part of a growing number of Russia-connected philanthropists facing scrutiny even though Blavatnik himself is reported to have kept greater distance from Putin than his erstwhile business partners, Fridman and Aven.

While the ultimate fallout remains unclear, these developments leave champions of philanthropy in an awkward spot. And some charities who have been on the receiving end of wealth originating in Russia, are no doubt holding their breath.