The Wellcome Trust has announced a strategy to bring its £29 billion endowment, invested in shares, hedge funds, private equity, and property, to carbon net zero by 2050. The foundation has been criticised in the past for its decision to stay invested in fossil fuels. 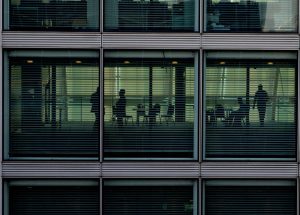 Wellcome has not characterised this decision as ‘divestment’. Instead, Nick Moakes, its Chief Investments Officer, has said in a statement that Wellcome’s ‘net zero strategy continues our longstanding commitment to ensuring that the businesses we have invested in are working towards the energy transition but represents an increase in the rigour with which we will evaluate and pursue progress. We want to encourage real-world changes in business operations and thereby push down emissions.’

The move is part of the Foundation’s new strategy, launched in late 2020, to focus on infectious diseases, mental health, and global heating.

The first steps for Wellcome will include devising standard measurements across all its assets, as there is a lack to data to gauge what its hedge fund and private equity fund managers are doing to meet net zero objectives in their portfolios and co-investments.

According to Moakes, speaking to the Financial Times, the fund is not planning to sell any assets at the moment – even those in fossil fuel companies – as many of the energy giants they hold shares with, such as BP and Shell, had already announced their own net zero targets.

‘If we want to make a genuine difference then it’s not about making a few headlines on selling off assets. We want to start to lead the engagement with private equity and hedge fund partners, and move them to commit to a zero carbon future’, Moakes said.

His comments echo those of Wellcome’s Director of Strategy, Ed Whiting, who when speaking to Alliance in November 2020 on the subject of divestment, said that the foundation has preferred to be an ‘active shareholder’.

‘We feel there has been benefits from being in the room and arguing for a pathway that you wouldn’t necessarily get if you do the one-time divestment and are outside of it’, Whiting said.

The current impact of Wellcome’s endowment

The environmental impact of the endowment of the Wellcome Trust has been criticised by climate activists for year. In 2015, The Guardian found that it had increased the number of shares held in oil and gas corporations.

‘We feel there has been benefits from being in the room and arguing for a pathway that you wouldn’t necessarily get if you do the one-time divestment and are outside of it.’

However, in its statement released yesterday, Wellcome included data from an external analysis showing that the carbon footprint of its public equity holdings is ‘comparatively low’. According to the analysis, its investments are currently less than 30 per cent of the relevant global benchmarks.

New moves for a new chair 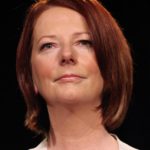 The move towards a net zero investment portfolio is another sign that Wellcome’s chair, Julia Gillard, is centring climate action not just in the foundation’s grantmaking but applying it to all aspects of Wellcome’s work. Gillard, the former Prime Minister of Australia, was appointed as chair in May 2020.

In a statement about Wellcome’s new plan, Gillard said: ‘As a major investor we have both a responsibility and an opportunity to encourage businesses to focus on decarbonisation. We want to use our influence to accelerate the rate of progress in this area.

‘Many companies are aware of the need to lower their carbon emissions. It’s our role as an investor to prompt those who have not started making changes to do so urgently while encouraging those who are doing so to go further.’