When it comes to giving money and time, younger South Africans have the edge on their elders, according to a new report by CAF Southern Africa South Africa Giving 2017. 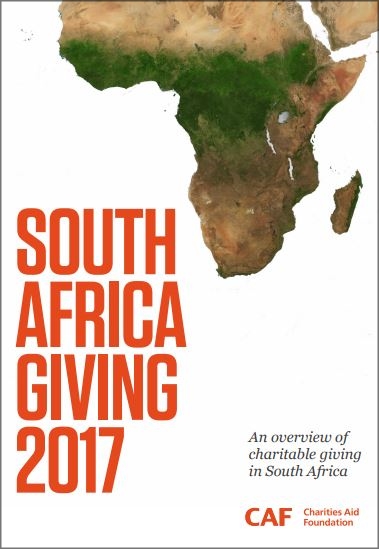 Seventy-three per cent of young people had given money directly to the poor, compared to 63% of over 55s, while the corresponding figures for religious organisations were 73% and 64% per cent.

Sponsorship was also more popular among the young. Fifty-two per cent of 18-24s had done this, only 28% of those over 55 had.

The report also found that eighty-one per cent of a sample of a thousand South Africans gave money in the 12 months prior to the period 6-17 July 2017.

The report finds little to choose between the types of recipient those donors gave to: 69% had given directly to people or families in need, while the same percentage had given to a religious organisation, and 64% had given to an ‘NPO or charitable organisation’.

The most common cause for both those who had given money (58%) and volunteers (48%) was helping the poor, with supporting churches or religious organisations (50%) and helping children (42%) at second and third for those giving money.

Overseas aid, scientific research preserving the cultural heritage found very few takers. The report also notes that most popular method of donation was putting money in a box in a shop or supermarket.

To read the report, see http://www.cafsouthernafrica.org/images/CAF-South%20Africa-V18.pdf