Empire of Pain: The secret history of the Sackler dynasty

Foundations and the SDGs: the ‘conspicuous absentees’ speak out

What makes a foundation great? Six steps to brilliance and impact

When the Serpentine art gallery opened in London in 2013, it was named after the Sackler family, long known for contributions to art, medicine and education. Earlier this year, the Sackler name 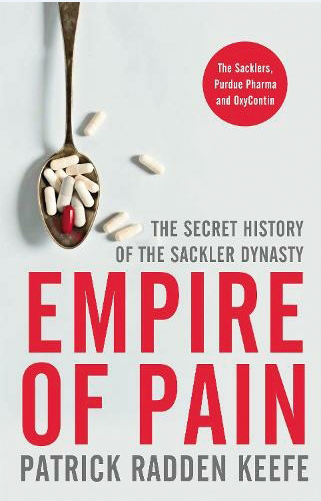 was dropped. The reasons given for this decision did not tell the whole story, which is compellingly related by Patrick Radden Keefe in Empire of Pain: The secret history of the Sackler dynasty. Arthur Sackler (1913-1987) was a psychiatrist interested in the emerging pharmaceutical industry. He founded a family business, Purdue Pharma, which manufactured – and more importantly for this story, aggressively marketed – the drug OxyContin, a highly addictive opioid. According to the Centers for Disease Control and Prevention, ‘since 1999, nearly 841,000 people have died of a drug overdose in the U.S., and 70% of the drug overdoses involved an opioid’.

The Sackler wealth, in short, came from a pharmaceutical powerhouse now associated, in both the courts of law and public opinion, with the opioid crisis. One outcome is that organisations that inscribed the Sackler family name on buildings are distancing themselves from it, prompting larger questions about philanthropy and the ethics that guide it.

Opioid use or the deeds and misdeeds of the pharmaceutical industry are not where Keefe focuses his attention, however. Two things interest him: the Shakespearean twists and turns of the family’s story; and the pharmaceutical business that enabled the Sacklers to fund a glittering world of the arts, medicine, and higher education around the globe. This dramatic story, told clearly and affectingly by Keefe, might raise the question of why the highest honour we can give a donor is to put his or her name on a courtyard (such as at the Victoria and Albert Museum, London), a wing (such as the Sackler Wing at the V&A) or an escalator (such as at the Tate Modern).

Family Philanthropy Navigator: The inspirational guide for philanthropic families on their giving journey