Enough is Enough: Building a sustainable economy in a world of finite resources 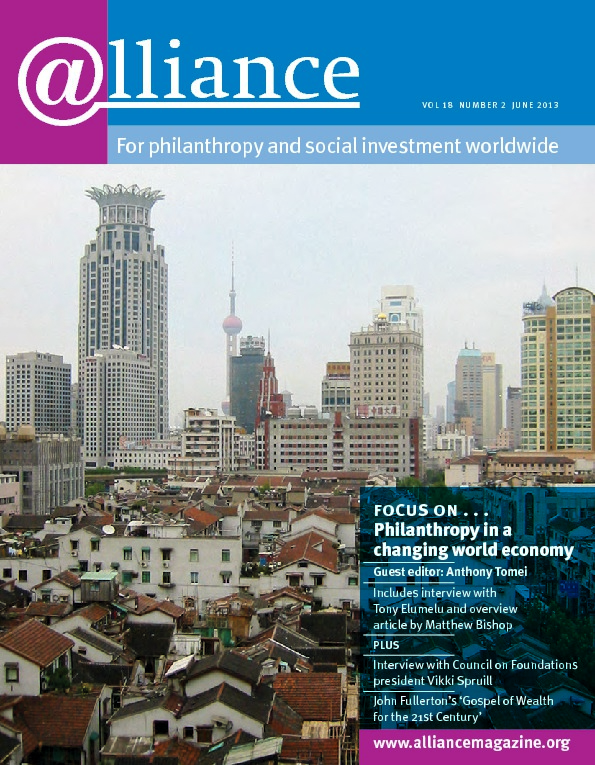 Structural adjustment by another name 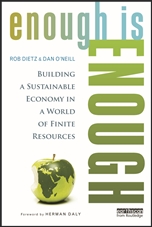 In their new book, Enough is Enough, Rob Dietz and Dan O’Neill seek to demonstrate how a steady-state economy – one in which global economic output does not increase from present levels – could work in practice and to show how the world might transition to one. That they succeed only partially is a reflection of the scale of the task they set themselves and the difficulties facing ‘steady-staters’ if they are to realize their vision.

For Dietz and O’Neill, there are two principal reasons for favouring a steady-state economy: because of the ecological damage growth is doing to the planet and because increases in income, at least in advanced economies, are not accompanied by improvements in wellbeing. The former argument is by far the more persuasive; analysis claiming to show growth does not lead to enhanced wellbeing is flawed.

A number of the policies put forward make good sense, will attract support and stand a decent chance of being advanced by policymakers, though probably not at the pace the authors would like. Governments, including that of the UK, are edging towards alternative measures of progress to GDP; steps are being taken to cap carbon emissions, for example through the EU’s Emission Trading Scheme; and interest in alternatives to the shareholder model for companies is growing. Other policies – such as an international currency and debt-free national currencies – are more novel and only likely to be implemented some considerable time in the future, if at all.

Unfortunately, some of the policies are backed up by bad economics. It is wrong to say that reducing average working hours would be a path to full employment. This is an example of the ‘lump of labour fallacy’: the misplaced idea that there is a finite amount of work at any time to be shared out in an economy. In other places, the practicalities of what is proposed are skipped over. So, when advocating a state guarantee of jobs for all, the authors do not explain where the tax revenues might come from to pay for them.

More attention could also have been given to apparent contradictions in the recommended policies. For example, when the argument is made that businesses should sell fewer washing machines and more laundry services, so as to reduce material and energy use, there is no analysis of what this would mean for the number of laundry workers, and how it would likely represent a step away from one of the authors’ other aims: shorter working hours in more meaningful jobs.

If envisaging how a steady-state economy might work is hard, identifying practical ways to move in the right direction is an even bigger challenge. Here, Dietz and O’Neill’s conclusions are optimistic to say the least.

A massive shift in values will be needed to bring about a change from the present culture of consumerism to one of sustainability. The authors believe public support for such a change will emerge as the limits to growth assert themselves. Nothing I see in the world around me leads me to share this view. Similarly, the shift to a steady-state economy will need international cooperation on a scale never before seen. Why, given the snail’s-pace progress of efforts to reach an agreement on cuts to carbon emissions, this degree of cooperation should emerge is unclear. Nor is it apparent how ‘degrowth’ – the cuts in living standards in advanced countries that are needed to make a steady-state global economy compatible with reduced inequality – will be managed and prevented from, for example, leading to lower standards of health and education provision.

This book is well written. The analysis is clearly set out and will be readily accessible to its target audience of non-economists. It promises to tell its readers how to build a better economy in a world of finite resources, and sympathizers with the idea of a steady-state economy will find much of interest here, even if they are unlikely to agree with all the policies put forward. What the book will not do, however, is create many new converts to its cause. Nor, I fear, despite the authors’ optimism, will it bring the far-off vision of a steady-state economy any closer.

Duty of Care: The role of trusts and foundations in supporting voluntary organisations through difficult times