The most good you can do: How effective altruism is changing ideas about living ethically  by Peter Singer

Peter Singer’s book is the latest from him about ‘effective altruism’, a movement dedicated to applying reason and evidence to do the most good we can. What this means for Singer is taking an unsentimental look at charity and working out how you can save most lives through what you choose to do and how you choose to donate.

The book has lots of examples of people doing this: the man who took a job in investment banking so he could donate half his income; the couple who live off £18,000 a year and donate everything above that; the man who donated one of his kidneys to a stranger – all because, logically, they had calculated this was a way of them doing most good.

There are aspects of this approach that are familiar to many in philanthropy: an increasing focus on evidence to make more informed decisions, a growing ability to compare organizations operating in the same field, and a growth in platforms and intermediaries to help people do so. Few would disagree. 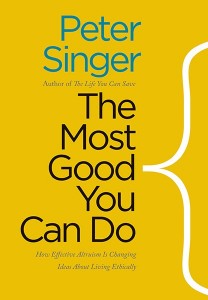 Few would also disagree with some binary choices that Singer sets up: should you donate £10 million into a) the new wing of an art gallery or b) into preventing blindness in 100,000 people in the developing world? I like a painting as much as the next person, but I think I’ll go with the latter.

The argument becomes more problematic when it tends towards reducing things to numbers.

The best interventions are those that have conducted randomized controlled trials, and the best programmes are those where the number of lives saved can be counted. As Singer acknowledges, this utilitarian approach therefore struggles with those attempting early intervention, those using advocacy or campaigning strategies, or those trying to create genuine system change in other ways. These are, by their very nature, more difficult to predict, quantify, evaluate and measure.

This means that, even though the movement claims it supports those trying to change the system, the emphasis on numerical evidence leads elsewhere. None of the platforms that Singer likes, such as GiveWell, recommends supporting anti-corruption work in developing countries or advocacy to change legal systems or work to prevent global warming, even though these could ultimately do more good. Muhammad Yunus, Gandhi, the suffragettes and apartheid campaigners would be waiting in vain for support.

A connected problem is that embodied by the individuals working in investment banking to earn a huge amount of money, so they have more money to donate and can do more good. There are two obvious challenges to this: firstly, what if that person could do more (systemic) good elsewhere with their talents – in a start-up, helping a charity or social enterprise grow its impact significantly, or helping influence governments or institutions from within?

Secondly, what if the chosen career itself creates bad outcomes? Many would contend that parts of the financial services and investment banking industry have much to answer for in creating an economic crash that negatively affected millions. Others would point out that making this choice means that your career may be worsening inequality. Singer’s defence in this area is particularly weak, and makes no reference to the growing evidence that income inequality is a severe problem.

The most good you can do is worth reading, if only for the interesting examples and the challenge to our own comfortable thinking and accepted norms. It should also rightly strengthen the views of those who believe in using objective evidence when it comes to philanthropy, rather than subjective emotion. But without seriously taking into account the total impact of our lives – what we spend, where we work, how we live, where we invest – separating the money we give from how we earn it is too simplistic.

Just as simplistic is a view of changing the world that assumes it won’t involve significant changes in power structures or existing systems, or at least puts it in the box marked ‘too difficult’. That just isn’t good enough for those of us trying to do the most good we can do. 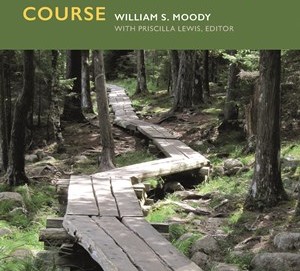