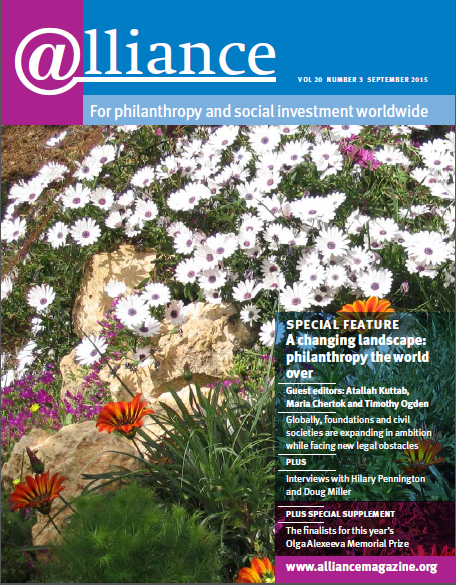 Individual giving – hope for our world yet

If you’ve heard it (or read it) once, you’ve heard it a thousand times: ‘Today’s donors are different.’ Left at that, the statement would be true, if innocuous and obvious. Every generation of donors will be different from those who came before, shaped by their unique historical context, inevitably quite different from that of their forebears. Unfortunately, the statement is almost invariably followed by (say it with me now!): ‘They care about measuring impact.’

Did earlier philanthropists really not care about impact?
When caught up in discussions about impact measurement and new metrics it’s easy to lose sight of what a literally incredible claim the first is. Pause for a moment and try to imagine a foundation president, programme officer or large private donor of any era handing over a cheque to a charity and saying, ‘Do whatever you want with this, we don’t really care’.

That such claims about philanthropy’s history pass with such little remark is particularly surprising given that the roots of modern philanthropic practice can be traced to the express desire for impact that motivated Rockefeller, Carnegie and their peers to create foundations. The original foundations weren’t organized because the donors thought they needed professional cheque writers but because they thought they needed professionals to assess when, where and how to give money to achieve their goals.

Do more philanthropists care more about impact?
As for the second claim, while it is not at all implausible, it remains unclear whether it is true. There are certainly new donors who are measuring impact in novel ways. But there have always been such donors. Reviewing the dominant causes and charities over the last 30 or 40 years in the US – one of the few countries where data has been gathered long enough to allow such comparisons – suggests that if today’s donors as a whole do care more about impact, it hasn’t had much effect on how they give or who they donate to: the lists of largest charities and the sectors of the charitable industry that receive most gifts, compiled by GivingUSA and the Chronicle of Philanthropy, haven’t changed materially. That’s not to say there have been no changes but that the changes don’t by any means indicate greater concern for effectiveness.

Arguably, the most significant change in the practice of giving in the US since the 1980s has been the increased and continuing use of overhead statistics in evaluating charities – in many ways the opposite of caring about impact. Meanwhile, despite well-documented and publicized ineptness on the part of the American Red Cross after each of the last several major disasters, the organization continues to command the bulk of disaster relief giving by average donors.

At the same time proto-movements like effective altruism are clearly different in their approach from standard approaches to philanthropy. GiveWell, where I serve on the board, is perhaps the best-known example. Here the ethos is a commitment to donate to causes which, based on rigorous research and evidence, will yield the maximal benefit in terms of saving or improving lives regardless of what the cause is or where the people benefiting are.

All of which yields the questions that motivate this section of the special feature: are today’s donors really different? If so, how? And what impact might more donors caring more about impact have?

Piecing together some answers
To begin piecing together answers to these questions, we first looked at philanthropic history. I interviewed Barbara Shubinski of the Rockefeller Foundation archives to learn more about the ways in which that venerable foundation has cared about and measured impact over the last 100 years.

To better understand today’s donors’ approaches to impact, we interviewed some young donors in several different countries to find out how they perceive the differences between themselves (and their peers) and their parents’ generation. A young donor and participant in the effective altruism movement writes about his perceptions of the movement and his peers who have adopted the effective altruism outlook. We also approached a variety of donor advisers to enquire if they perceive an increased attention to impact or other ways in which today’s donors are different. Finally, we asked Jacob Harold, formerly of the Hewlett Foundation and now CEO of Guidestar, how prevalent impact-focused donors are and what effect they may be having on the philanthropy industry.

A select group who care about impact
When I entered the philanthropy industry almost a decade ago, I believed – and earnestly repeated – the idea that today’s donors care about impact more than their predecessors. With chagrin I can recall times when I obliviously cited John D Rockefeller’s statements about the difficulties of wise giving just after claiming that today’s donors finally take impact seriously.

Over time I’ve come to understand that a select group of philanthropists have always cared about impact. Comparing this select group to the main body of philanthropists and donors, whether in the current or prior generations, can always make it seem like the selected group cares more about impact (so one could equally make the statement, ‘Yesterday’s donors were different, they cared about impact’). Whether the group of impact-focused donors is larger relative to history is impossible to determine.
That being said, it is clear to me that at least some of today’s donors are different when it comes to impact – not in how much they care about it but in how they approach it. They define and measure impact in different ways shaped by their own experiences, and by the cultural and particularly business milieu in which they came of age. The Gates Foundation operates a lot more like Microsoft than Standard Oil or Carnegie Steel. The tools available to manage large-scale enterprizes and efforts in business and philanthropy are different than they were just 20 years ago, much less 100 years ago. 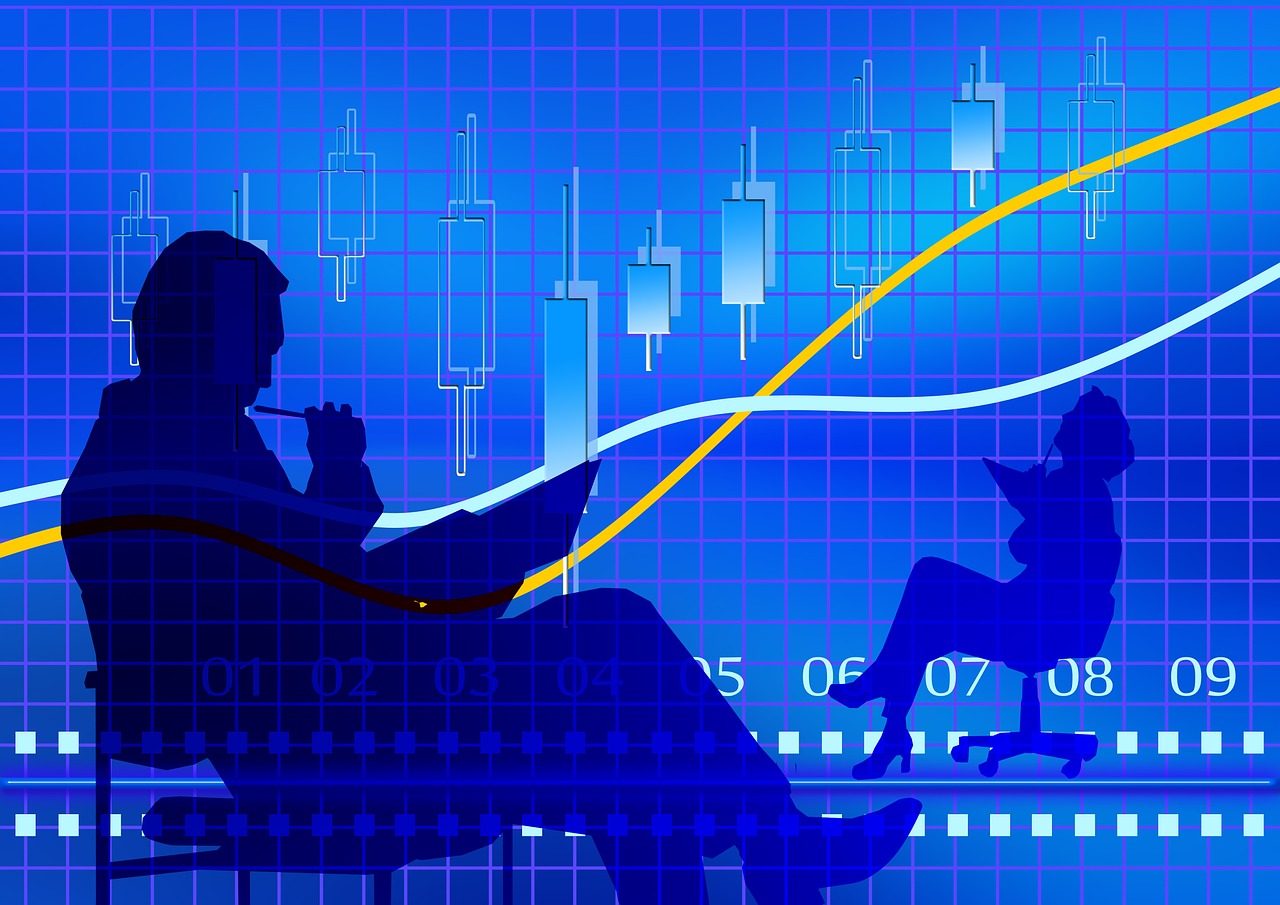 The ethos is a commitment to donate to causes which, based on rigorous research and evidence, will yield the maximal benefit in terms of saving or improving lives.

Using the tools that are available
Consider that the idea of a randomized control trial (RCT) to evaluate medical treatments was still deeply controversial into the 1950s. Today RCTs are virtually required. The primary concern in the medical field is not whether effectiveness should be measured in this way but that not enough RCTs have been done and had their results replicated.

In the postwar era the path to effectiveness and impact involved layers of professional management using judgement accrued over many years to make up for the imprecision and unavailability of data. Deploying all those men (and they were predominantly men) in grey flannel suits was a huge investment in effectiveness over prior models of organization management. The Gates Foundation funding of global surveys to yield nationally representative data on current use of digital financial tools (and then using such data in setting strategy and granting funds) is not evidence of greater care for impact than the Carnegie Foundation commissioning Abraham Flexner to study medical schools and write a report. It is simply the care for impact being channelled into the tools and practices available. The effective altruism movement is different from efforts we have seen in the philanthropic community in the past, but it could not have existed in the same way in prior generations because it depends on the existence of data measured with precision that is only possible with modern tools and technologies.

‘The effective altruism movement is different from efforts we have seen in the philanthropic community in the past.’

Whether today’s impact-focused donors manage to materially change the practices, and not just the rhetoric, of the majority, and thereby remake the entire social good industry in their own image, remains to be seen. There are hopeful signs but none of the definitive evidence that advocates of effective giving would demand before committing their funds.

This is the unavoidable irony of the efforts to encourage more donors to focus on impact, acknowledged by the more thoughtful members of these movements: there is not yet evidence that the current approaches to measuring the impact of non-profits yield materially better outcomes than prior approaches. This is a question of time and data: not enough time has passed to see long-term effects and the baseline case is not well documented. In fairness, it was not clear that the Apollo 11 approach would yield better outcomes until Armstrong et al landed on the moon and returned safely to earth.

‘There is not yet evidence that the current approaches to measuring the impact of non‑profits yield materially better outcomes than prior approaches.’

It’s patently wrong to say today’s donors are different because they care more about impact. Today’s donors are different. Some care about impact, and it is quite possible that their number, or at least their influence, is growing. But most of all, they are different because they are deploying the tools and practices of the present moment in pursuit of impact. I am a participant in and advocate for using the best tools and practices available to measure impact and deploy resources. I hope that yields the impact in terms of lives saved and dramatically improved that this generation, like prior generations did, hopes for.

Timothy Ogden is executive partner of Sona Partners and a contributing editor to Alliance. He also serves on the board of GiveWell. Email timothy.ogden@sonapartners.com