Sowing the seed of ethical investment in Kenya

African institutions are the heart that must pump the vital blood to nourish the initiatives that will protect our environment and support our communities. These institutions must become effective and they must reach and be supportive of people in towns, villages and cities, because we are the ones that will do the work and we are the ones who will suffer the consequences of inaction.

What we need in Africa is not new ideologies, not new importations of technologies, not new great ideas from the outside. We need practical, pragmatic ways to nourish community ideas and action. 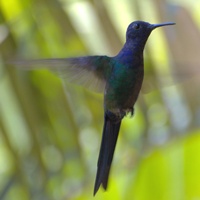 Small grants are one practical way to reach the people who are struggling to make a change and secure our future. In the Green Belt Movement, we have seen that women and men on the ground are the ones who plant the trees and care for them. They are the ones who are deeply connected to the environment, not just as an asset but as a provider and friend.

We believe that supporting local people with a multitude of flexible small grants creates the groundswell and the conditions in which our future may truly be sustainable. Institutions must get better at supporting what these people can and will do, not tell them what to do. Small grants that are designed to support local ideas and initiative can add up to big change, to a new vision of development and environment that we are clamouring for across the continent.

The Congo Basin Forest Fund (CBFF), which is managed by the African Development Bank, and which I co-chair with former Canadian Prime Minister Paul Martin, can be an exemplar of an African institution that is striving to get it right. It has the mandate to support communities living in the second largest forest in the world and with the world’s richest areas of biodiversity. It must do this with transparency, accountability and the participation of all stakeholders.

But the challenge is to go even further. Communities in this area of the world include those who have been most clearly and most often the victims of bad leadership and most terrorized by forces out of their control. The goal of the CBFF should not be to bring them in as stakeholders in its own efforts but to see itself as a stakeholder in their efforts. It needs to find appropriate ways like small grants to get funding to the ground.

There are many ways to repeat the tragic mistakes of the past. I have no interest in dredging them all up here. Our central guiding light must be the idea that the responsive institutions of the future will be supportive of the ideas and initiatives that are strongly rooted on the ground. Small grants of an appropriate size – and just a modest amount can help a community to protect its environment and to earn an honest and sustainable income from its own resources – are an important tool for African institutions to provide real support. The Congo Basin Forest Fund and the African Development Bank, working with international donors and intermediaries, can lead the way, but they must respond to the needs felt by local communities.

You know, there is a story about how there was once a raging forest fire. While most of the animals stood watching in despair, a little hummingbird decided to do something. It brought a drop of water in its little beak from the stream and put it on the fire. And it flew again and brought another drop, and flew again and brought another drop, without tiring. And all the time these other animals were out at the edge, very safe, wondering whether the hummingbird was crazy. They said, ‘You are too little, too small. You have such a small beak, your wings are so small, you will never be able to deal with this raging fire. Just come here and join us; don’t bother.’

There are hummingbirds like this one in every African community. But many of our institutions have stood smugly aside, sure that they will and must fail. If we are going to succeed, we must first believe we can. But we also need mechanisms such as small grants that can enable our institutions to provide effective, sustainable support to our communities.

Dr Wangari Maathai is an environmentalist and parliamentarian who founded the Kenya-based NGO Green Belt Movement in 1977. In 2004, Dr Maathai became the first African woman to win the Nobel Peace Prize. 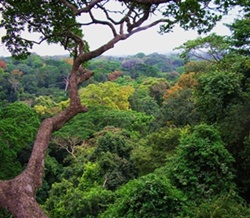 The Congo Basin Forest Fund (CBFF) was launched in London in June 2008 to take early action to protect the forests in the Congo Basin region. Its more than €110 million was provided by the British and Norwegian governments and is managed by the African Development Bank in Tunisia. The CBFF is co-chaired by the former Prime Minister of Canada, Paul Martin, and Nobel Peace Prize Laureate Professor Wangari Maathai.

The forests in the Congo Basin form the second largest forest reserve on the planet. Deforestation accounts for an estimated 18 per cent of greenhouse gas emissions, and strategies such as REDD (Reduced Emissions from Deforestation and Degradation) target forest protection as one of the most effective ways to reduce CO2 emissions. While deforestation in the Congo Basin is relatively limited compared to other regions, logging, shifting agriculture, population growth and the oil and mining industries threaten the forest. The CBFF notes, ‘If action is not taken now, it is estimated that by 2040 over two-thirds of its forests will have been destroyed and countless species will be driven to extinction.’

The CBFF supports ‘transformative and innovative initiatives from the governments and civil society and private sector of the Congo Basin – defined as Burundi, Cameroon, Central African Republic, Chad, Equatorial Guinea, Democratic Republic of Congo, Gabon, Republic of Congo, Rwanda, and São Tomé e Prìncipe – to slow down the rate of deforestation, through developing the capacity of the people and institutions in the countries of the Congo basin to manage their forest.’ In 2009, CBFF grants went to groups such as the Rainforest Foundation (UK), the World Resources Institute, Cameroon Ecology and FERN.

While the CBFF prioritizes supporting initiatives leading to transformation and innovation, it has set a minimum grant at €80,000, which is far outside what many community-based groups can manage. Recognizing this lack of capacity and the need for smaller grants, the CBFF encourages groups to form coalitions with other NGOs. Larger organizations can also be used as ‘umbrella implementing agencies’. For instance, the CBFF funded the Sangha Tri-National Foundation to make grants to communities in the vicinity of the Tri-national Park in Cameroon, Congo and Central Africa Republic to improve their livelihoods and protect the forests.

The CBFF is now recruiting a Fund Management Agent (FMA) to administer grants under €2.5 million.