The growing interdependence between countries and the global nature of many of the problems will require the efforts of all parts of the development community to implement the Sustainable Development Goals. They will all need to work together. Foundations with their autonomy and flexibility can work as agenda setters and collaboration builders. But this requires changing the world’s perception of them as simply grantmaking organizations – and requires foundations to adapt to their changed responsibilities.

The United Nations Millennium Declaration, adopted in 2000, established a new global partnership to reduce extreme poverty and set out time-bound targets. For the first time all the world’s governments and all the world’s leading multilateral development institutions agreed on a blueprint with eight Millennium Development Goals (MDGs) – which range from halting the spread of HIV/AIDS to providing universal primary education, all by the target date of 2015 – resulting in unprecedented global efforts to meet the needs of the world’s poorest.

The world has since changed a lot. The path towards achieving the MDGs over the last 15 years has demonstrated that the international development ecosystem is far more complex than the initial framework, both due to new players becoming more relevant and to globalization ensuring that major problems do not belong to any single country but to all nations. The solutions framed for the global problems in developing and in  developed countries have in the meanwhile become more similar than at the outset – poverty, unemployment, climate change, health inequalities. Above all, the scale of the financial and human resources deployed to these ends has changed.

Calouste Gulbenkian Foundation’s work in Africa shows some of the ways we’ve adapted to changing circumstances and international priorities. Inspired by principles adopted by governments and foundations globally, we believe our experience creates a suitable template for other foundations working on SDG implementation. 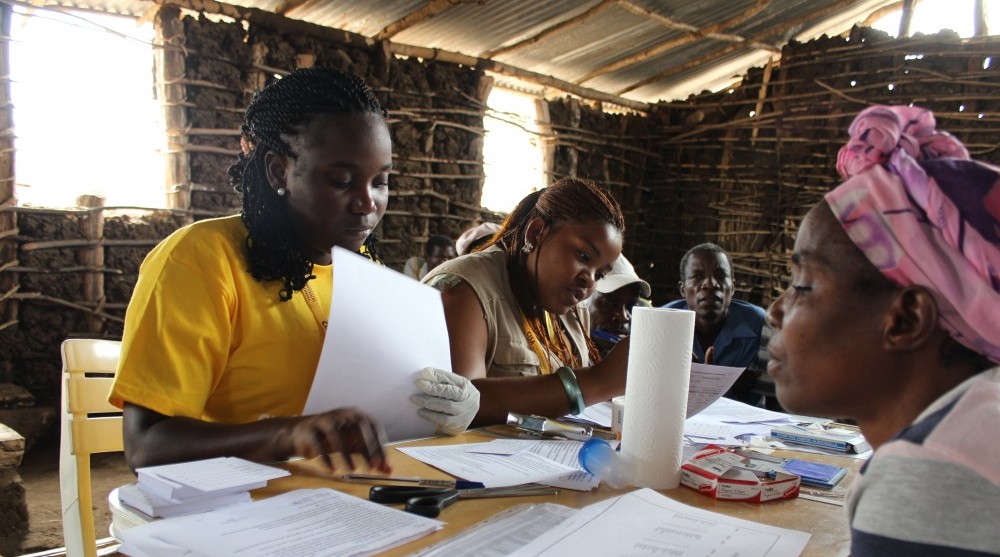 SDG success will hinge upon partnerships, like those leading to the launch and development of CISA – the Health Research Centre of Angola, by the Calouste Gubenkian Foundation, the Ministry of Health of Angola, the Provincial Government of Bengo and the Camões Portuguese Institute for Cooperation and Language.

Over the last decade, Gulbenkian has demonstrated a strong commitment to international development. Established in 1956 as a Portuguese foundation for all of humanity and designed to improve the general quality of life through the arts, charity, science and education, we started our cooperation initiatives with Portuguese-speaking African countries – Angola, Cape Verde, Guinea Bissau, Mozambique, Sao Tome and Principe – and East Timor in the 1960s. In 2003, these development support activities were restructured within the framework of MDGs where we incorporated international principles of aid effectiveness.

In this way, the foundation has been changing its intervention methodology over the last decades, moving from a charitable to a ‘problem-solving’ approach through the implementation of pilot projects, and moved from grantgiving to becoming a partner and a catalyst of resources. One example is our engagement in a multinational partnership with the Ministry of Health of Angola, the Provincial Government of Bengo and the Camões Portuguese Institute for Cooperation and Language, to bring about the design, launch and development of CISA – the Health Research Centre of Angola. The Calouste Gulbenkian Foundation took on the management of CISA in 2007.

Recognizing that developing countries do not always carry out sustained investment in science and technology and their scientific systems are, as a general rule, weak, underfunded and short of qualified human resources, CISA seeks to serve as a catalyst for biomedical research in Angola. The research involves Angolan researchers alongside those from other countries, enhancing national capacity building in human resources in healthcare while simultaneously fostering a sustained improvement in the quality of health services supplied.

We have drawn a series of lessons from this experience that can inform potential philanthropic approaches to the SDGs:
Flexibility By adapting our methodology to the intervention type and to the scale of the problems faced, we are more equipped to engage in partnerships and to provide support to projects in areas of relevance to the overall improvement of basic services quality – the capacity building of persons and institutions – and/or in niche areas of interest to traditional funders.

Dialogue and transparency Any development support intervention project needs to be continuously adapted to the newly arising needs, expectations and opportunities. We always favoured dialogue with all stakeholders, sharing experiences and knowledge and acting as the broker between different actors and their different approaches.

Innovation and risk management Gulbenkian has proved it is possible to work on a variety of different levels outside the traditional financial role – policy implementation, advocacy, and bringing together different partners that otherwise might not come together. Connecting local actors in international contexts as well as up‑scaling solutions from local to national and international levels, has played a key role in supporting innovation and provided actors with the space for thinking and testing new ideas for addressing societal challenges, in particular fostering South-South and North-South cooperation.

The need for new collaborations
Due to the huge scale of development problems the need to develop relationships among all players similar to those that helped build CISA shall only deepen. These collaborations have been the main objective of the Global Partnership for Effective Development Cooperation launched in 2011.

The shared duty to implement the SDGs requires tearing down the walls between the worlds of government, business and civil society. There are still several misconceptions and persisting barriers between foundations and governments that require intensive brokering in order to build effective multi‑stakeholder partnerships at the country level. All sides have to show their willingness to learn from the other.

‘Foundations can work on a variety of different levels outside the traditional financial role – policy practice, advocacy, and bringing together different partners that otherwise might not come together.’

Much of what foundations do already falls somewhere within the SDGs. Philanthropy faces a golden opportunity to deploy its programmes in the context of this global agenda, and to be seen as a true partner, rather than ‘best supporting actor’.

Foundations can work on a variety of different levels outside the traditional financial role – policy practice, advocacy, and bringing together different partners that otherwise might not come together.

The Guidelines for Effective Philanthropic Engagement, a joint initiative by the OECD, netFWD, the UNDP, WINGS and the EFC, is a good example of the effort made to reduce the gap between foundations and other actors in the development context. These guidelines aim to contribute to strengthening development effectiveness and mutual accountability in the area of sustainable development. They cover the key areas of dialogue, knowledge sharing, and partnering and aim to get foundations a place at the table of the global development agenda and find new ways of forging true partnerships with other development actors.

The sense of responsibility towards our future should drive our commitment to the 2030 agenda. Working in partnerships enables foundations to boost the impact of their interventions and thereby scale them up. Furthermore, foundations are better positioned to bring in other stakeholders and contribute to ‘thinking global while acting both globally and locally’ and thus increasing the overall impact of all the initiatives they are involved in.

‘The sense of responsibility towards our future should drive our commitment to the 2030 agenda.’

Like Gulbenkian, many foundations are independent, flexible, and able to take risks and to innovate. These features allow them to adopt a long‑term, strategic and panoramic view and to perform the role of convener and agenda developer.

If the SDGs are to be achieved, we need these things – and therefore foundations – more than ever before.

We have to be prepared to participate in a new global partnership placing our attributes and independence in the service of all.