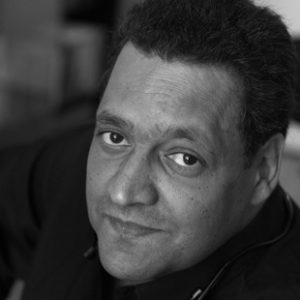 We’re not a centre, and our members are not just foundations. Europe offers hugely different models from the US or the UK. When I first came to the EFC, 11 years ago now, we had an 11-page document that tried to typologize our membership, and the four categories we’d borrowed from the US didn’t fit. The idea of institutional philanthropy is to get away from this obsession with where the money comes from. Does it matter? It’s what you do with it that really matters.

Can you give some examples of European models that you wouldn’t find in the US or the UK?
If you look at our members, you will see an amazing variety. Some are privatized institutions that make grants for the public good, but with independent governance – so they share some characteristics with foundations but they are not really foundations in the strict sense. We have nascent foundations: families that have been doing serious grantmaking for more than 120 years but which continue to be essentially family enterprises. We have foundations like the Bosch Foundation in Germany and the Carlsberg Foundation in Denmark that are owners of multinational companies: after salaries are paid, and investments are made in the business, the money goes to the foundation. We have foundations that have come from privatization: the Volkswagen Foundation was created by the German state at the end of the Second World War. They didn’t know what to do with this car company that had been created by forced labour, so they sold it and used the proceeds to create a foundation that was to focus on science and technology. There are many other examples of privatization of institutions that had been semi-national. Some EFC organizations are more than 400 years old; they have survived world wars and regime changes. 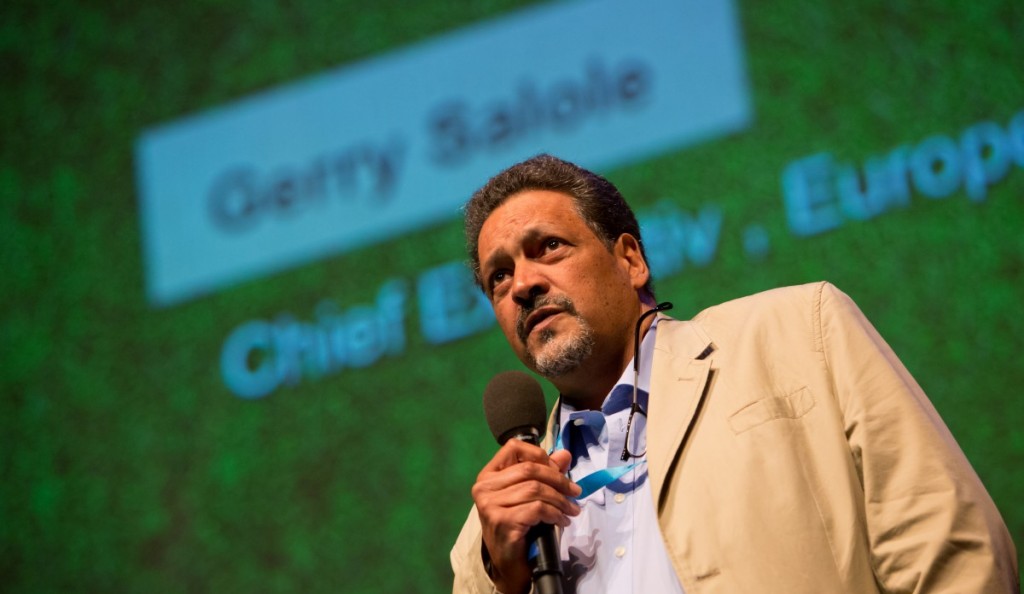 While we’re on the subject of variety, the EFC seems to be seeking to have a global outlook – partnerships on the SDGs and links to countries in Asia such as China. How international is your membership?
We are a European entity – and obviously most of our members are European. But we’re not European in the EU sense because we have Russian, Norwegian, Swiss, Turkish and Ukrainian members – so we’re very happy to keep that much wider definition of Europe.

Nor do we want to limit ourselves to European foundations. We’ve always accepted organizations as EFC members that are interested in sharing know-how and experience and learning from one another. We have members from the US, Latin America, Africa and Asia. We benefit a lot from having these foundations participating in our conversations, sharing their best practice, engaging with our dilemmas. In the end, the dilemmas that our members are grappling with are ones that foundations on a global level are grappling with. The practice of all foundations can be informed by anybody from anywhere in the world.

Another example is our work with China. We’ve been having delegations of Chinese foundations to the EFC for at least 10 years, and we now have a programme with the Mercator Foundation: for three years we’re going to be bringing together groups of 10 European foundations and 10 Chinese foundations in a ten-day peer-learning programme. We’re treating China as a way of figuring out whether we could do something similar in Africa or Latin America. There’s already been interest expressed from India.

The EFC’s new strategic framework positions the EFC as a thought leader and spokesperson for this diversity of institutional philanthropy. Can you say a little about that?
In the past we behaved essentially as a trade association that was moving at the speed of maybe our most recalcitrant or most ambivalent member; we weren’t making the case for philanthropy in an aggressive way. We now have a mandate from our membership, through the strategic framework, which was very enthusiastically received, to actually make a case for philanthropy. Philanthropy is a public good, and the creation of more philanthropic entities that can use finite resources in thoughtful and sensible ways benefits governments wherever they are. So there is an argument for us to be actively making a strong case for philanthropy, and demonstrating where philanthropy has worked.

‘I’m comfortable with the fact that one has elites with power – I think this is a given in the world we live in. I try not to be elitist, but I do accept that this is the way Western society is. And I believe that institutional philanthropy is the best kind of elitist institution.’

The Alliance special feature is looking at whether philanthropy has too much or not enough influence. What do you think is the appropriate level of influence for philanthropy, in society in general and in trying to influence public policy?
I think philanthropy is an elitist sport anyway. I’m comfortable with the fact that one has elites with power – I think this is a given in the world we live in. I try not to be elitist, but I do accept that this is the way Western society is. And I believe that institutional philanthropy is the best kind of elitist institution. It has resources; it has the great privilege of being able to think things through; it can do things over the long term. So I personally think it needs to exercise more power, not less. I don’t see enough people collaborating, bringing their agendas to bear. Frankl,y I wish there were more agency and ambition – I want to see civil society with more power.

Philanthropy needs to have a more coordinated voice, a clearer agenda. The fact that we were not able to deliver the European Foundation Statute tells me that we do not use our power effectively. Here was something most foundations really wanted, and it didn’t happen. A classic example of where we could have fought less among ourselves about minor things such as whether you put this or that clause in. We should have been more convincing.

Is it a matter of time for the European Foundation Statute?
No, it’s over. That opportunity will never lend itself to us again, at least not in my lifetime. You need 27 countries to agree unanimously on something, and you have to have the political climate. It was put in front of the different countries and it didn’t get approved. Five countries did not vote for it – Germany, Denmark, Netherlands, the UK and Estonia.  The EU has more important issues on its plate now.

Going back to your question, yes, money gives you power, so of course foundations have power. But there isn’t a manifest philanthropic agenda that people can identify and complain about and say that these people have too much power.

Look at taxation laws, look at the statutory environment in which foundations operate – it’s not that benign. There are lots of controls, lots of things that make it difficult to transact across borders, a lot of caution around how foundations operate. There’s a real expectation that you know precisely what your beneficiaries think and do and what your resources will be used for; you are expected to use metrics to report back. This is by no means an unregulated environment.

‘One thing that foundations could be better at is getting to know what it feels like to be on the receiving end of an organization’s money and the hoops that people have to jump through in order to comply.’

You’re on the board of the Global Fund for Community Foundations, and the framing of its global summit is around shifting power. Do you think philanthropy could do a better job of shifting power?
One thing that foundations could be better at is getting to know what it feels like to be on the receiving end of an organization’s money and the hoops that people have to jump through in order to comply. Foundations have to deal with a lot of compliance themselves, and I wish we could introduce them to the notion that they are actually creating all sorts of unnecessary compliance hurdles themselves. Foundations speak one language in terms of partnership and their relationship with beneficiaries without fully understanding how onerous some of those hurdles are.

What about shifting economic power? Do you see philanthropy having a role there?
Yes, I think you can see big changes. Rockefeller Brothers Fund divesting from fossil fuels is a good example of a foundation taking the logical consequences of the work that they’re trying to do and looking at what they’re doing with their resources.

Do you think all foundations should divest from fossil fuel companies?
I can only say that I think it’s natural that people should look at where they invest their assets. If you’re doing one thing with one hand, you naturally want to make sure that you don’t invest in things that are doing opposite things with the other hand. I see a trend where people are asking those questions much more.

You’ve talked about foundation regulations. There are also anxieties about restrictions on civil society and the space in which it can operate, particularly human rights organizations. How important is it to make sure we protect that space?
Very important, but we need to be nuanced in how we look at this. On the one hand, you’ve got closing space because a government is trying to make sense of a civil society sector that it doesn’t quite understand. It’s a well-meaning attempt to lay down some rules. It may be uncomfortable for some, but it’s OK. Then you have countries that see civil society in terms of opposition, noise, people disagreeing, and they try to close this down. It is not well intended; it’s not trying to regulate or understand or make it more efficient. It’s trying to shut down ‘the enemy’.

There are also times when an organization gets victimized in some way; it gets scared and self-censorship starts to occur. The organization starts to interpret the rules in a very conservative way, and the cooling effect of that is a form of closing space for civil society. And that’s in some ways the most insidious: you stop doing things because you assume that you’re not allowed to do them, and pretty soon you forget that you can do them.

I’m not comfortable with the term ‘closing space’ because it doesn’t unpack any of the nuance.

Where does anti-terrorism legislation fit in?
We’re working with the Financial Action Task Force (FATF), and they talk as if the non-profit sector was particularly susceptible to terrorism. Really? Aren’t there other sectors that are free to move money around? The non-profit sector could live with the same legislation that applies to business. We’re talking about draconian measures to close down freedom of expression, and we need to see it for what it is.

How do you see what’s happening in China with regard to civil society?
I think China is exploring. Zhou Enlai, when he was premier, was asked about the impact of the French Revolution and famously said, ‘Oh it’s much too early to say.’ The point is that China is playing a very long game, figuring out what it’s doing and what works in what context. I don’t think it’s trying to shut anything down.