Unearthing solutions: using data to reach children left behind in the AIDS response

Plastic waste – how can we get out of the crisis?

Peace and security funding for all

Health and healthcare has been a traditional priority for philanthropy. Moreover, the Covid-19 pandemic has stimulated activity among funders and foundations not previously much associated with it. Here is a snapshot of who is doing what in the global health arena 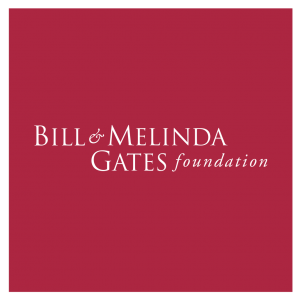 The Bill and Melinda Gates Foundation, US
The Gates Foundation aims to take a catalytic approach in its healthcare work, concerting its activities with public sector and philanthropic partners which include WHO and the UK’s Foreign, Commonwealth and Development Office. It tries to identify areas where its intervention can make crucial differences and sees itself as in effect the risk capital of the health sector. Areas of concern include malaria, Aids, tuberculosis and polio. The foundation has provided $2.9 billion in grants to combat malaria and has committed an additional $2 billion to the Global Fund to Fight AIDS, Tuberculosis and Malaria. It is also part of the Global Initiative to Eradicate Polio and with other core partners, WHO, Unicef and the World Bank, helped set up Gavi (the Vaccine Alliance, see below), to which it announced a commitment of a further $1.6 billion in June this year. Since the Covid-19 outbreak, it has provided $350 million to support global responses to the pandemic and a further $300 million from its Strategic Investment Fund which helps make it attractive for private enterprise to develop affordable and accessible health products in the service of developing a vaccine. It is the largest single contribution by a foundation and is a reflection of the priority Bill Gates is giving to the pandemic. It is also part of a partnership with the Wellcome Trust (see below) and others, called the Covid-19 Therapeutic Accelerator, to fund screening of already-approved drugs to see if they work against the coronavirus, and has secured free access from a dozen drug companies to their compound libraries.
gatesfoundation.org

Wellcome Trust, UK
The Wellcome Trust funds research to tackle the big health challenges and raise the public profile of scientific research especially in regard to health. Announcing a new strategy in late 2020, its grants will increasingly focus on infectious diseases, mental health and global heating. Prior to the pandemic, it already had a special interest in epidemics, co-funding the development of a new Ebola vaccine, training health workers and developing research leaders in regions most affected by infectious diseases. Its spending in support of these objectives is around £900 million per year, according to its 2019 annual report and financial statements.
tinyurl.com/welcome-new-strategy
wellcome.org

Open Philanthropy Project, US
Part of its Global Catastrophic risk stream of funding, OPP has focus areas on global health and development, and biosecurity and pandemic preparedness. In the former, it has made grants to the tune of $452 million, mostly to organisations recommended by non-profit monitoring platform, GiveWell, with whom it has a close relationship. Its interest in biosecurity and pandemic preparedness is based on OPP’s belief that pandemics, whether natural or engineered, represent ‘one of the biggest current risks to global welfare and stability’. It also sees ‘relatively little philanthropic support in this area’ but believes that philanthropy could have an important role to play in it.
openphilanthropy.org

The Gavi Alliance
A cross-sector alliance, involving foundations, INGOs and multi- and bilateral funders, Gavi, or the Vaccine Alliance, has helped to vaccinate over 760 million children in the world’s poorest countries since it was set up in 2000. It has supported campaigns to immunise children against rotavirus, meningococcal meningitis A and pneumococcal disease, yellow fever and Japanese encephalitis. Its partners bring a range of expertise to bear on the immunisation question, including policy-setting, advocacy, fundraising, vaccine development and procurement, country support and immunisation delivery and, in 2018 (the latest date for which a figure is given) it was working with 73 low-income countries. More recently, it has become one of the leaders of the COVAX Facility to provide equitable access to Covid-19 vaccines. The idea behind this is to pool the buying power of participating economies (at the time of writing, there were 172 countries expressing interest in the facility) and to provide volume guarantees across a range of promising vaccine candidates so that their manufacturers can go ahead with their production.
gavi.org

Michael Bloomberg and Johns Hopkins health initiatives
Bloomberg Philanthropies have been instrumental in the health elements of Johns Hopkins University. Having funded the establishment of the Johns Hopkins Bloomberg School of Public Health, Bloomberg has also resourced the Bloomberg Fellows Program to the tune of $300 million, the largest gift ever made to the School of Public Health. This is to provide public health training to individuals engaged with organisations tackling critical challenges facing the US in the following areas: addiction and overdose; adolescent health; environmental challenges; obesity and the food system; and violence. Johns Hopkins has been a leading source of global data on the prevalence of Covid-19.
americanhealth.jhu.edu 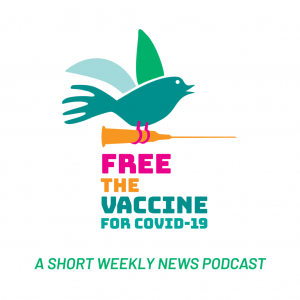 Freethevaccine
Freethevaccine is a philanthropically-backed movement of 300 self-styled activists spread around the world campaigning for free access to a Covid-19 vaccine once it is developed. The movement is led by two non-profits, Universities Allied for Essential Medicines and the Center for Artistic Activism. Its primary targets are university faculties, who can put pressure on their institutions to be socially responsible in patenting and licensing publicly funded medicines like vaccines developed in university labs, ministers of health and CEOs of pharmaceutical companies. The movement runs weekly online courses on innovative advocacy featuring assignments ranging from ways to use social media to encourage health officials to pledge support for equal access to treatment, to social distancing performances that encourage people to pressure their governments.
freethevaccine.org

Global Health 50/50
Global Health 50/50 emerged from University College London in 2017 with funding from the Wellcome Trust, and an aim of using a gender lens to tackle global health inequalities. It does so through its Gender and Health Index – the single-most comprehensive analysis of gender equality and diversity in the global health system today.

More recently, as part of its efforts to promote Covid-19 responses that promote gender equality, GH5050 tracks official sex-disaggregated data from 175+ countries to reveal how men and women are affected differently by the epidemic. For this Gates Foundation-backed study, GH5050 has been joined by two research institutes – the Washington and Delhi-based International Center for Research on Women and the Kenya-based African Population and Health Research Centre.
globalhealth5050.org 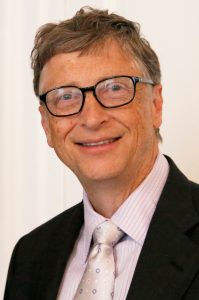 Bill Gates and the pandemic
Associate editor, Andrew Milner writes: In an interview with The Economist in August, Bill Gates predicted that by the end of 2021, a reasonably effective vaccine against Covid-19 would be in mass production, but that, in the meantime, many more would die, mostly in the developing world, from the effect on under-resourced healthcare systems, rather than the disease itself. In addition to the content, another interesting feature of this is that Gates, who is a philanthropist, not a politician or the head of a global health organisation, is discussing medical questions in a publication which is not a philanthropy journal but a current affairs magazine.

In fact, the Covid-19 outbreak has thrust Gates more clearly into the spotlight than usual. ‘He’s been everywhere,’ notes an article in the Seattle Times, ‘on television, in medical journals, in online Q&As.’ A long-time advocate of better preparedness for pandemics, Gates has spoken of the need for expanded testing and equitable distribution of vaccines and criticised the US government’s response to the outbreak. He – or the Gates Foundation – has also been the object of groundless rumour-mongering and conspiratorial thinking.

There are a number of things to note here. First, the high profile of the Gates Foundation generally, second, and given the long involvement and the billions of dollars the foundation has invested in combatting disease, the status of Gates in the international health community. Third, the politicisation of the pandemic, deplored by Gates himself. It is more than a health crisis, it has called into question the nature of social and political arrangements everywhere. And this is also true for philanthropy. At times when its activities become most prominent, both champions and detractors also come to the fore. While many have praised the rapid and generous response of donors like Gates, others have taken the opportunity to suggest that big philanthropy is too big for its boots. 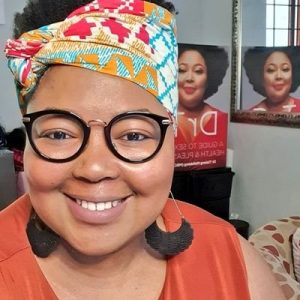 UN appoints Dr T
The UN has appointed Dr Tlaleng Mofokeng as its special rapporteur on the right to health. Part of the Commission for Gender Equality in South Africa and a member of the boards of Safe Abortion Action Fund, Global Advisory Board for Sexual Health and Wellbeing, and Accountability International, Dr Mofokeng is a champion of universal health access, HIV care, youth friendly services and family planning. Popularly known as Dr T from her broadcasts and magazine columns, she has taken on the role, she says in an article in the South African news publication, Daily Maverick because ‘it’s about being able to raise questions about accountability, be it from governments or global funders, and to make sure patients’ rights and needs are what drives agendas and funding models.’

Applying lessons of Aids to Covid
At a meeting of the UNAIDS Programme Coordinating Board in June 2020, new executive director Winnie Byanyima urged countries to learn the lessons from a history of unequal access to HIV services and apply them to the fight against Covid-19. She also called for a people’s vaccine for Covid-19, with an international agreement that any vaccines and treatments discovered for Covid-19 be made available to all countries. The same call was voiced in May by over 140 world leaders and public figures who signed an open letter to all governments to unite behind a people’s vaccine. The letter demands that all vaccines, treatments and tests be patent-free, mass produced, distributed fairly and free.