How much difference is it making?

Every autumn, an American university publishes a list of once popular items and phrases that fell out of standard use before the new class of students were born. For instance, a few years ago the list noted that incoming students probably hadn’t ever used cassette players. The intent is to remind professors and administrators that young people do not necessarily share many of our perceived cultural touchstones. Today, a discussion of philanthropic foundations’ role in society always begins with the Rockefeller Foundation, the Carnegie Corporation and the Ford Foundation. But this shared cultural touchstone is being eclipsed by the Bill and Melinda Gates Foundation. 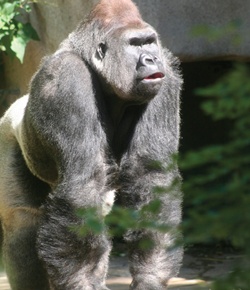 When Rockefeller, Carnegie and Ford began their foundations, they were largely treading new ground, making and remaking conventions as they went. The Bill and Melinda Gates Foundation so far outstrips the resources, scope and spending of every other foundation on earth today that it is treading new ground and defining that ground in much the same as Rockefeller and his philanthropic peers. The Gates Foundation is rapidly becoming the new exemplar of what a foundation is. Some point out that the Rockefeller Foundation’s spending was much greater relative to government spending than that of Gates today. While true, it is largely irrelevant: like cassette players for college students, that context is just an abstraction for philanthropists and policymakers today.

It is not just in size and scope that the Gates Foundation is treading new ground. The publicly vocal role that Bill and Melinda Gates play as influencers and advocates is also unique. No other foundation leader today can demand the attention and access that Bill Gates can. Perhaps no other foundation leader has ever used that attention and access so willingly and purposefully to advance their philanthropic agenda.