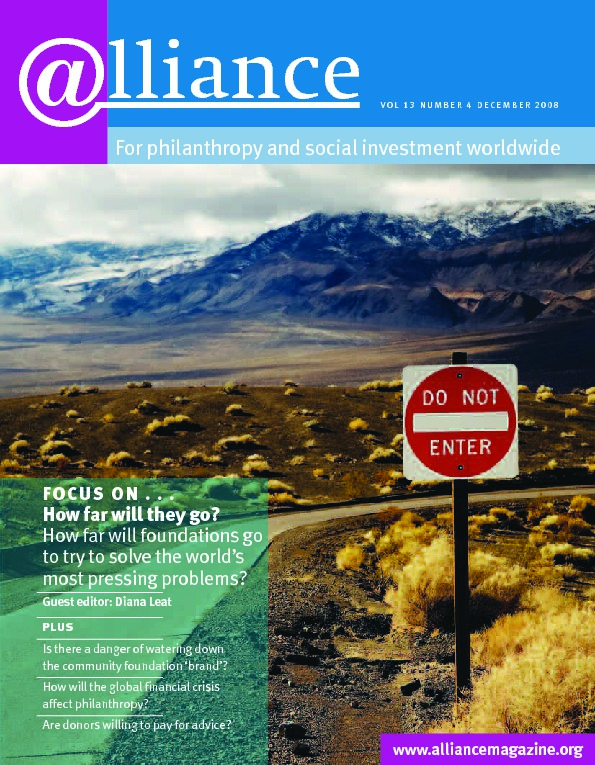 Ibrahim Prize has no winner this year

‘Leadership is the single most important factor in determining the future of African countries,’ said Mo Ibrahim in a recent interview for Kenya’s Nation newspaper. ‘By governing well in the interests of all their citizens, good leaders create the conditions where all the other challenges, such as health and access to water, can be tackled much more effectively.’ Established in 2006, the Mo Ibrahim Foundation aims to ‘shine a light on governance in Africa and support great African leadership’.

Mo Ibrahim is one of Africa’s most successful entrepreneurs – within less than a decade the mobile phone business he established in 1998 had spread to 15 countries in Sub-Saharan Africa, bringing telecommunications to millions of Africans. When the company was sold to MTC Kuwait in 2005 for $3.4 billion, Ibrahim looked for his next challenge.

At the heart of the foundation’s work are two major initiatives: the Ibrahim Index of African Governance and the Ibrahim Prize for Achievement in African Leadership. Both break new ground: the Ibrahim Index is the most comprehensive assessment of governance performance on the continent, annually assessing each Sub-Saharan African country against 57 measures (which are then aggregated into an overall score out of 100) and ranking them accordingly.

The Ibrahim Prize is the world’s largest annually awarded prize, worth $5 million over ten years to a former executive head of state or government from Sub-Saharan African who is judged to have demonstrated exemplary leadership. The Prize Committee is chaired by former UN Secretary General Kofi Annan. A Nobel Prize – though much bigger – for African leadership, in effect.

To date, two Ibrahim Indexes have been published and two Ibrahim Prizes conferred – the first on Joaquim Chissano, former President of Mozambique, and the second, just a few weeks ago, on Festus Mogae, former President of Botswana. These announcements have precipitated significant debate on leadership in Africa and the criteria by which governance is assessed – precisely what Mo Ibrahim hopes to achieve. 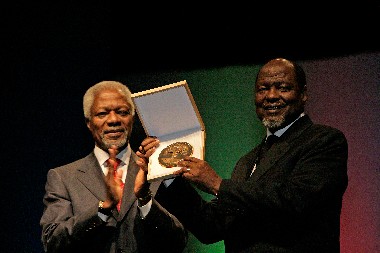 The Prize also has a legacy component: ‘I hope the money from the Prize will help ensure we don’t lose the experience and expertise of Africa’s best leaders when they leave office by enabling them to continue in other public roles.’ He believes passionately that Africa should celebrate its successes. ‘High quality leadership in Sub-Saharan Africa cannot be overstated – it is a hard job, with many challenges and few resources. Against those odds, if a leader manages to move forward his or her country, it is a wonderful achievement. We need to celebrate those achievements and the people behind them.’ He is keen to highlight that the foundation’s work is funded by African commercial success. ‘There is a sense of Africa’s money returning to Africa,’ he says.

The Index he describes as a ‘tool by which civil society can hold governments to account and frame the debate about how we are governed’. The foundation’s work in this area is, he says, ‘setting benchmarks not only for their own continent, but for the world’. To coincide with the publication of the 2008 Index – in Addis Ababa, Ethiopia, in October 2008 – the foundation took out full-page announcements in newspapers across the continent. Its findings are being taken up by a wide range of organizations – from political parties to groups advising investors to the continent.

To guide the foundation, Mo Ibrahim has assembled a Board that includes Salim Salim, the former Secretary General of the Organisation of African Unity and, more recently, the African Union’s Special Envoy to Darfur; Mamphela Ramphele, a former Managing Director of the World Bank and the first female Vice Chancellor of the University of Cape Town; and Mary Robinson, former President of Ireland and former UN High Commissioner for Human Rights. On the seven-member Prize Committee, which operates independently from the foundation, Kofi Annan is joined by two further Nobel Laureates – Mohamed ElBaradei, Director General of the International Atomic Energy Agency, and Martti Ahtissari, former President of Finland.

Earlier this year, the foundation was instrumental in bringing together African leaders from all sectors to press for free and fair elections in Zimbabwe. Their open letter – which was published in international and African newspapers – was important, according to commentators, in providing a platform for current heads of state to comment on the situation in Zimbabwe.