Businesses are from Mars and Foundations are from Venus – or are they?

Marcus Walton appointed as new President and CEO of GEO 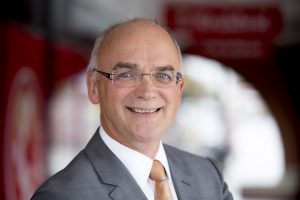 Eating disorders are a serious mental health issue which has been exacerbated by confinement during the pandemic. Alliance talks to Dutch business leader and philanthropist Gerard van Breen who has helped set up a Netherlands-based foundation to work on the issue

What does the name of the new foundation Stichting Kiem mean? And why did you feel that a philanthropic vehicle was needed to address eating disorders?
Kiem refers to the initial growth phase of a seed and eating disorders often prevent the metaphorical seed from blooming. We want to support sufferers and their families to cure or finds ways to cope with the eating disorder. But it should also become the reference for up-to-date knowledge in the field. To achieve these goals, having supporters that are committed to the cause and share this vision is important.

If anything, Covid has created more stress in families that are dealing with an eating disorder. Being at home and having more meals together is likely to cause more stress for sufferers and their families.

Which philanthropists are involved in the initiative? How much are they each contributing?
A Dutch family foundation provided the means to establish the organisation and to run it for the initial three-year period. Recently we have received support from a second family. Many people see close up the effects and the struggles that often accompany a loved one suffering from an eating disorder. Stichting Kiem intends to attract funds from multiple sources and we are of course open to discuss support for our work with interested partners.

What will be the main focus of your activities?
Stichting Kiem has three main goals: first, providing insights into the prevalence, incidence and mortality of the disease; drawing the attention of politicians and policymakers to this serious illness; providing early-recognition tools and training for key stakeholders; second, providing online and on-the-ground support for families that are dealing with a relative with an eating disorder and providing a digital platform for finding the best possible treatment, the so-called Helpfinder and, third, promoting the exchange and implementation of best practice in treatment, first within The Netherlands and later on, also internationally. In the medium term, we may fund research into the field of eating disorders for a more fundamental understanding of underlying patterns to help prevention.

Has Covid created more public understanding given the increase in eating disorders being reported?
If anything, Covid has created more stress in families that are dealing with an eating disorder. Being at home and having more meals together is likely to cause more stress for sufferers and their families. Also, for the day-care patients Covid can cause loneliness and affect motivation. And if hospitalisation is needed, it extends the waiting times for admission, which were already far too long.

Role models like fashion models, cosmetics models, influencers, sports icons and the like definitely play a role in the perception of what is considered aspirational and desirable. 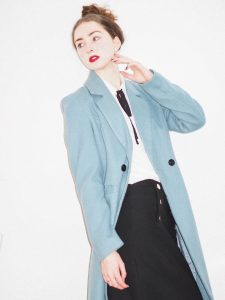 Your initiative is notable for philanthropic cooperation and dialogue between The Netherlands and the UK. How is this working and what role is UK charity Beat playing in the effort?
We are inspired by the groundbreaking work that Beat has done in the area of addressing eating disorders in the UK and through a cooperation agreement we plan to build on the work they have done and bring some of the insights and recommendations to The Netherlands. We have regular consultation and exchange of ideas with them to mutually progress in the field and accelerate our efforts. We are hoping this type of partnership, a form of joint learning which is highly informative as well as inspiring, might prove to be a model that could be used in other countries.

You have a background in health and beauty retailing. Do you think that the cosmetic industry should create more realistic images of young women, and does philanthropy have a role in pressing for changes?
I believe the pressure on young people nowadays is enormous. In our predominantly individualistic society people are held (or hold themselves) responsible for their own well-being. The use of social media and the ‘selfie-culture’ have magnified this tendency. Role models like fashion models, cosmetics models, influencers, sports icons and the like definitely play a role in the perception of what is considered aspirational and desirable. In the industry we see the first signs of change (Unilever with Dove advertising, minimum body mass index requirements for fashion models) but I believe it is too little and too late. I think that we should aim to raise our kids in such a way that we make them resilient to these influences in order to develop healthy and balanced response mechanisms. However, overall our ambition at the moment is first and foremost focused on prevention and early detection of eating disorders and secondly, on those interventions which are the most rigorous and effective.