It is used in different contexts, by different people and for different reasons. A definition of what solidarity actually means is, however, not that easy. 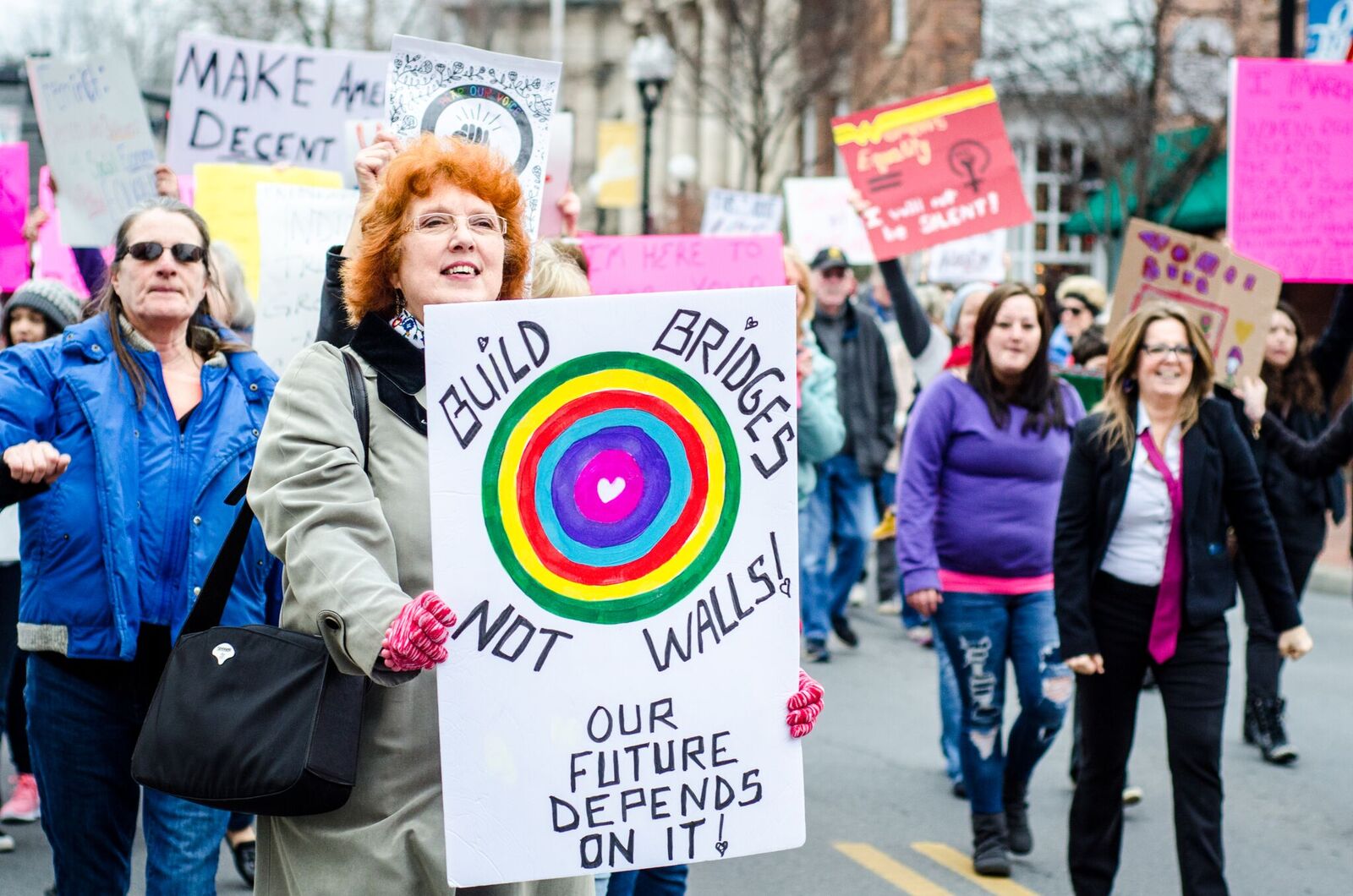 As Barbara Prainsack, a researcher on the subject states: ‘Solidarity is an elusive concept. Compared with how relevant many scholars consider it for the functioning of society, relatively few books and papers are dedicated to this concept explicitly; moreover, many of us struggle to define it.

These two issues are connected.

Some of the most fundamental concepts in our lives, such as health, love or happiness, suffer from similar problems of definition.

Because they matter to everyone, they must be open enough to accommodate a large range of experiences, feelings, and practices; yet at the same time they need to be specific and firm enough, as concepts, to serve as points of reference to justify or explain actions.’

Expressions or acts of solidarity against a common enemy or around a common goal are happening on a daily basis, including by foundations.

For example, when civil society organizations were under attack in Hungary, several foundations created a fund to support them – not only in material terms but also as a statement towards government that we act in solidarity with Hungarian civil society.

Another example is when the Joseph Rowntree Charitable Trust (JRCT) was attacked by the British Charity Commission and the media for supporting an NGO that was (falsely) accused of supporting Islamic terrorism. Many European foundations stood up and drafted a statement of solidarity with JRCT.

To understand better what philanthropy practitioners mean by the term, Alliance asked a dozen of them for short statements. What does not surprise is that the answers are quite varied.

Foundations stand somewhere between institutionalized and individual solidarity. With their financial means and organizational power they have the capacity and flexibility to go beyond the classical forms of solidarity and search for new ground – something this article and Alliance special feature will analyse further.

Do the highly moralized and ideological debates that we face when it comes to migrants and refugees have different conceptions of solidarity at the heart?

If we see solidarity like an insurance model, what happens when someone requests solidarity from outside this mutually supportive group, for example, migrants entering western societies in search of a better life?

We all know the reactions within societies: some welcome them with open arms as an act of solidarity as it doesn’t matter to them where migrants are coming from or why. However, others refuse to show this solidarity, often because they fear their resources or way of life are under threat. 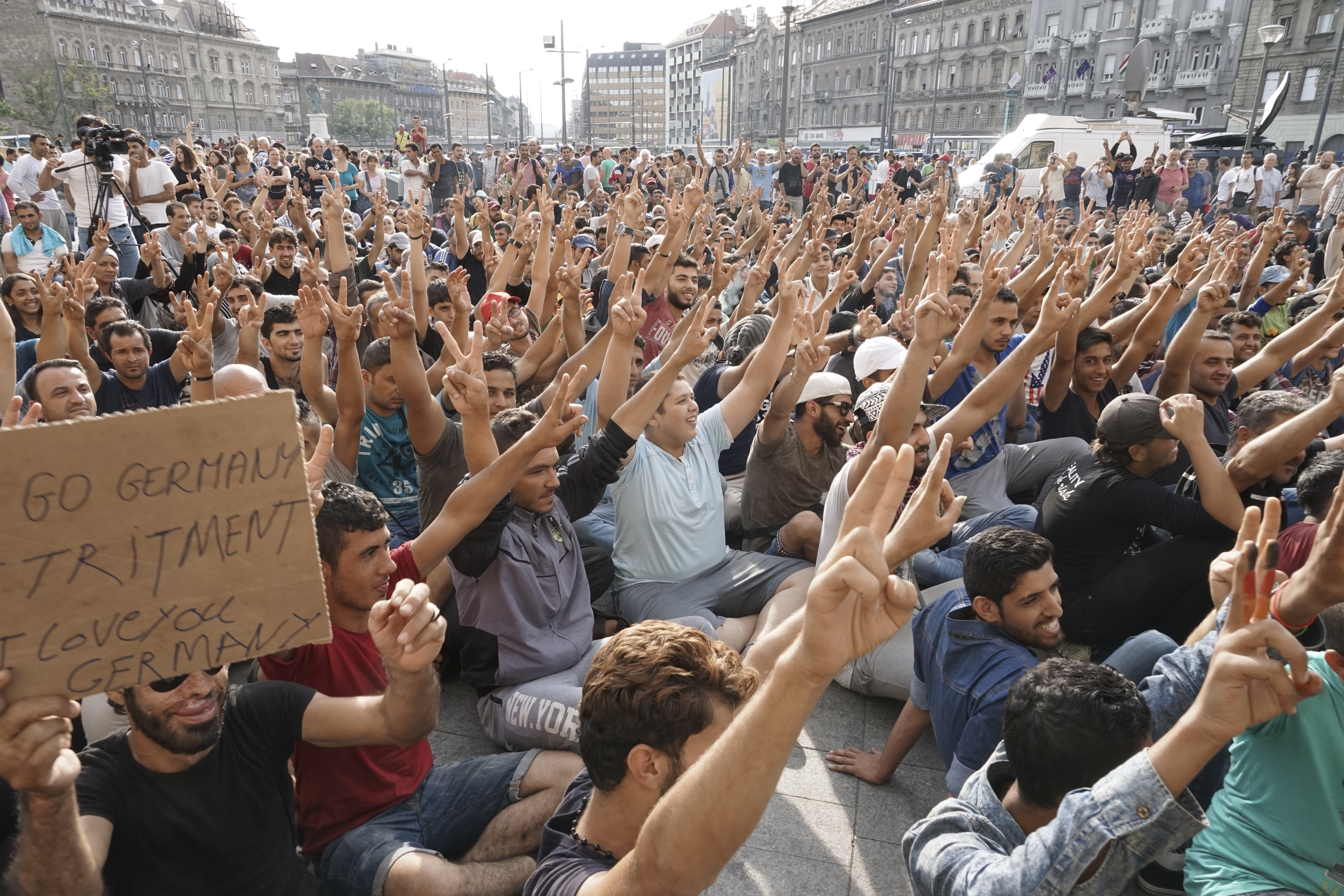 This leads to the question: do the highly moralized and ideological debates that we face when it comes to migrants and refugees have different conceptions of solidarity at the heart? Could this also be true for other issues that lead to deeply divided reactions such as the euro crisis or extreme poverty in less developed parts of the world?

In these debates solidarity is often used as a moral stick to pressure others to help.

In return, being accused of unethical behaviour angers the ‘utilitarians’, creating ugly conflicts and divisions in society. Perhaps this explains why the word Gutmensch (do-gooder) in Germany used for people showing solidarity for refugees has almost became a swearword for those opposed to the massive arrival of refugees.

If this caricature is correct, it is important to accept that people define the term solidarity in different ways. Not seeing this leads to unfruitful debates and further divisions.

What does this analysis mean for the interventions of philanthropy and foundations?

Martin O’Brien discusses the need for foundations to frame their work carefully when reaching out to ‘non-progressive’ parts of society. This bridging function can be an important role for foundations.

Foundations can and do play this role already but they can do more. Even in highly emotional debates, like the refugee crisis, there is always common ground between the different ‘camps’.

A bridging of differences is often possible if a frame is used that resonates with all. Michael Diedring describes in his article what European foundations are doing to help unaccompanied minors – a group that we need to invest into now to avoid problems in the future and one that can be of great benefit to our society.

This ‘investment’ frame often convinces also ‘utilitarians’ as it resonates with their concept of solidarity.

The limits of solidarity
Solidarity is not endless or absolute. There are clearly limits. But when does solidarity end and who defines the boundaries?

It seems clear to me that there is no straightforward formula. It depends on how solidarity is defined by each of us.

Populist movements thrive on the feeling of being left behind, of not seeing signs of solidarity for their own problems – just for the others.

For many, solidarity ends when people not belonging to their own community demand it. 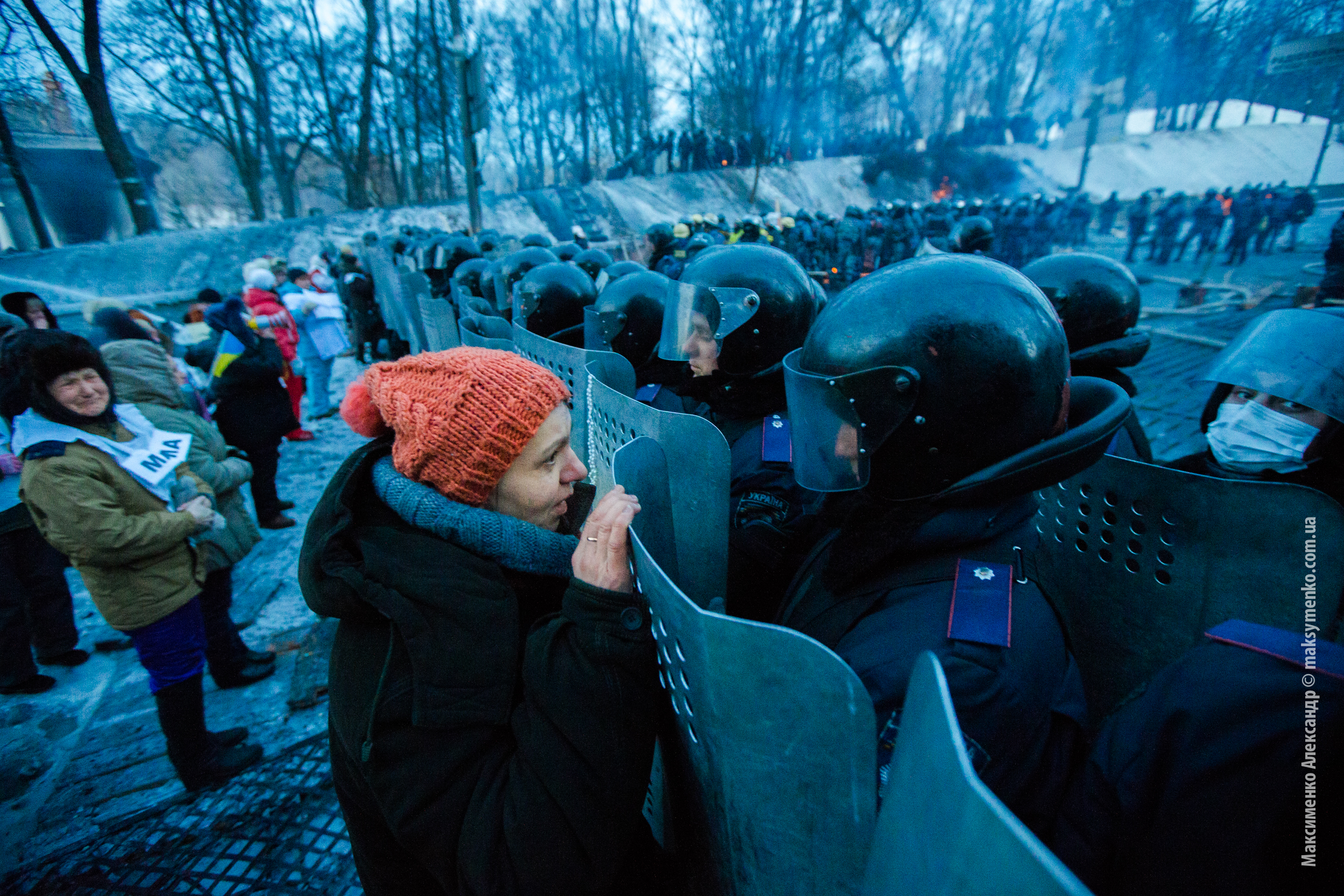 Barricade with the protesters at Hrushevskogo street on January 26, 2014 in Kiev, Ukraine. The anti-governmental protests turned into violent clashes.

But as resources are scarce, foundations like policymakers need to make tough decisions on who to support and who not to support.

This can lead to conflicts between groups in need of solidarity.

For example, some of the recent social conflicts in Greece have erupted where parts of the Greek population suffering under the economic crisis are requesting less attention for refugees and more for themselves. Clearly both have a claim on public and philanthropic resources and these resources must be used with great care.

Populist movements thrive on the feeling of being left behind, of not seeing signs of solidarity for their own problems – just for the others. Janis Emmanouilidis reflects on these dilemmas in his article.

The relationship between solidarity and individual responsibility
Solidarity is not only limited by resources or group belonging. Solidarity sometimes needs to be stopped or reduced to avoid unintended consequences.

We can see this, for example, in social protection systems where many argue that these can create dependencies, reduce individual initiative and take away responsibility for people’s own lives. The debate around the reasons for intergenerational poverty is one example of potential dependencies.

But this is also discussed in relation to development aid, the euro crisis, and support to refugees trying to integrate in our society. For many, solidarity needs to end where initiative is discouraged – otherwise it becomes patronizing or counter-productive.

The relationship between solidarity and individual responsibility is not easy to define. It depends on ideologies, and frequently causes political conflict.

Thus, it requires a constant self-critical scrutiny. Foundations working on social issues – be it via direct services to vulnerable groups or via advocacy activities – need to confront these dilemmas when making funding decisions.

Foundations can find these gaps and in so doing lead the way when others – including governments – fail.

One special moment comes to mind. In March 2016 a group of foundations under the umbrella of the European Programme for Integration and Migration (EPIM) went to the Greek island of Lesvos to see what the local population and international NGOs had done to help refugees arriving on the island’s shores.

What saddened us all was that while the local population had shown a tremendous degree of solidarity towards refugees, no-one helped the islanders when tourists started to avoid the island as a consequence of the refugee arrival.

Islanders who largely depended economically on tourism were left alone. I was particularly proud that EPIM decided to support some local NGOs to show solidarity with the local population, even though this was beyond its mission.

Solidarity that is not returned will disappear. Foundations can find these gaps and in so doing lead the way when others – including governments – fail. Philanthropy would add a lot of value if it looked beyond the obvious, taking advantage of its ability to think independently and act flexibly.

Conclusions: some thoughts for foundations
Solidarity doesn’t mean the same to everyone. People define solidarity in different ways. If the term is used to put pressure on others, one should do so very carefully and not as a moral stick. Solidarity as a moral value can do harm as well as good.

The language of solidarity should be used carefully and sparingly. Accepting that people look at solidarity from different perspectives might help to de-emotionalize debates. In times of populism, divided societies and polarization, foundations have a special responsibility to lead the way to reconnect people.

Language and framing matters a lot in this regard. As a philanthropic community, we need to get better at reaching out to those that have a different worldview.

As the interview with Brendan Cox suggests, philanthropy needs to look for the common ground, especially in societies at risk of division. Let us not take sides but try to act as bridges, even if it means accepting views we do not share.

Our task is to keep solidarity alive by adapting it to the world we live in.

Attitudes to solidarity in the European Union