Everything is different for Ghayat Svied now that he knows Biggi Marburger. Gayat Svied is 42 years old, has a degree in biology and worked for 17 years in environmental protection in Syria. For the past year he has been in Germany, trying to learn the language and to build a life for his family and himself – but he hardly met any Germans. ‘I was lonely here,’ he says. By chance, Svied discovered the office of the community foundation in Kalk, part of the city of Cologne, and took part in its mentoring project – that’s how he met Biggi Marburger. She is retired and has lots of time, and had registered as a volunteer there. ‘Personal contact is very important to make you feel at home in this country,’ she explains. Now they meet once a week, drink coffee, check Svied’s language book lessons and visit each other’s families.

Rising to the challenge
Following the large influx of migrants to Germany in 2015, many organizations, initiatives and individuals have been supporting the new arrivals. Community foundations, with their local knowledge, networks and independent funding are among these organizations. 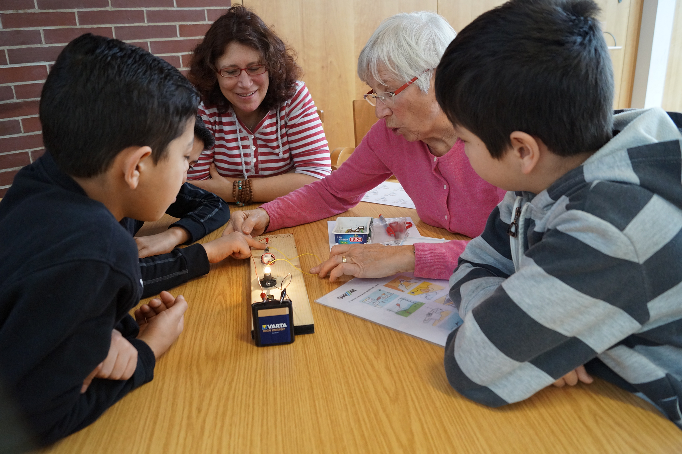 Germany now has more than 300 registered community foundations, with a combined endowment of €330 million. At least 25 per cent of them, in the countryside, in small and large cities and places like Kalk, a culturally diverse district of Cologne, have committed themselves to helping newcomers since 2015.

What German community foundations do
In the first phase of intense and very often locally improvized reception, the community foundations organized welcoming groups, helped find housing, and collected and distributed clothes, food and medication. In doing this, they were supporting local public services, which were often overwhelmed by the scale of the task. 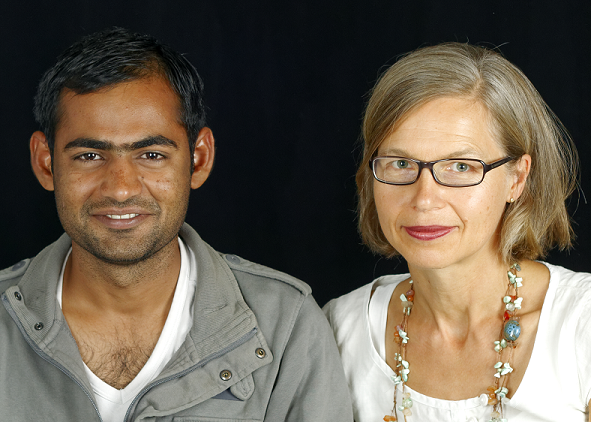 A mentoring pair in Holzkirchen, Bavaria: active proof of good understanding against the cliché of the intolerant countryside.

Organizations like the participating community foundations can use this financial support to hire local experts who match local volunteers and newcomers – as happened in Kalk. In other cases, a locally established community foundation can provide the network and means to help local activists to mentor on a more sustainable basis.

This networking also helps to strengthen public support for the whole migrant issue and to find the right strategies for success. At times, an experienced community foundation is more easily accepted than a group of ‘refugee activists’.

Next steps: the labour market
The biggest challenge for the many newcomers, with their often limited command of the language, is finding work that is not low-paid or without prospects. Community foundations are not experts in this field, but through local initiatives, including employment consultancies, companies and public services, they are trying to overcome the legal and linguistic obstacles that prevent migrants from entering the job market.

The European perspective
A lasting solution to the many current challenges posed by migration to and within Europe can only be created together, so the contribution of supra-national networks will be crucial – and it is happening.

The European picture mirrors the German one: in every part of the continent, the situation is different. But this variety provides good experience and the ECFI initiative will allow those working in the area to furnish their own local solutions from a common pool.