Why do feminists continue to receive just 1% of all gender equality funding?

Advancing justice is a multi-pronged act

Abolishing slavery once and for all

To ensure a democratic future, funders should help build ecosystems and get behind intersectional approaches 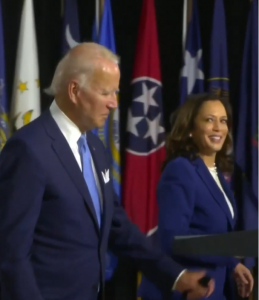 The victory of the Biden-Harris campaign in the 2020 US presidential election was not born out of fundraising campaigns and legal cases, although they were the bookends to this historic election. This victory was the result of the interconnected alliance of activists, organisers, and policy advocates who worked together to uphold the rule of law while mobilising political power at the grassroots level. Intersectional[1] organising across race, class, gender and sexuality revealed the interdependent systems of discrimination as well as power that could be mobilised for change.

From another perspective, it was undoubtedly the #MeToo movement, founded in 2006 by Tarana Burke, that led to 23 women coming forward to recount the sexual harassment and assault they allege to have experienced at the hands of former President Donald Trump.