Progress for third sector in Kyrgyzstan and Laos

In September 2015, a remarkable thing happened: nearly every government in the world agreed to reduce inequalities and end gender discrimination. What they didn’t agree on was how.

A key part of the ‘how’ is changing the way corporations pay – or often don’t pay – tax.

According to one International Monetary Fund estimate, developing countries lose about $200 billion each year to corporate tax dodging – more than they receive in aid from rich countries. Thanks to concerted campaigning by civil society organizations – not least at the Financing for Development conference in Addis Ababa in July – the issue of corporate tax dodging is now high on the list of economic injustices due to be addressed at the global level.

But this is only half the battle. As governments see their tax revenues increase, will they spend those increased revenues on quality public services? Will that money go to development strategies that prioritize the creation of more and better jobs? Or will it add to sums already wasted on jobless, low‑wage and resource‑driven growth?

In the absence of a strong civil society, we know the answers to these questions. When governments are not held to account by ordinary citizens, they are held to account by a rich minority – a key reason why inequality is increasing in most countries and nearly all developed countries. 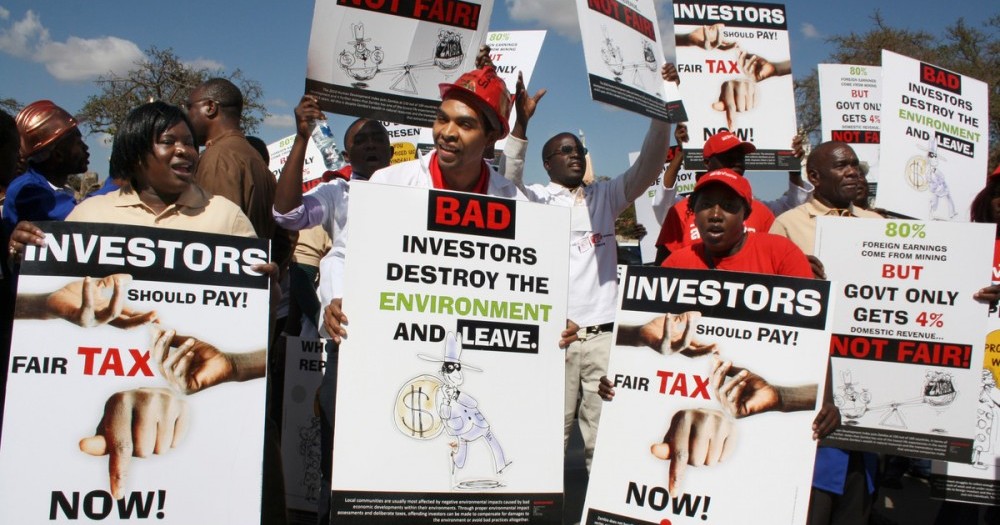 ActionAid works on both sides of the solution – campaigning and advocating nationally and internationally to end corporate tax dodging, and working with people to pressure their government for tax reform.

We were among the first to document how companies like the big multinational brewer, SAB Miller paid less tax in Ghana than a woman selling beer outside the beer factory.

‘Companies like the big multinational brewer, SAB Miller paid less tax in Ghana than a woman selling beer outside the beer factory.’

And we are also working with civil society groups in Malawi, Mozambique, Tanzania, Nepal, Ghana, Kenya, Pakistan and Uganda to campaign for greater government support and fairer taxation to improve the quality and availability of public education – one of these projects is funded by the Norwegian development agency, NORAD and ActionAid, the other is funded by family foundations.

Funding such civil society mobilization on tax is an effective way to help ensure the new goals are implemented and an area where foundations and philanthropists could have greater impact.

‘The only credible and sustainable way to finance the education goal – as with all the goals – is through ensuring more money is raised nationally through tax and that the revenue raised is effectively spent.’

For example, initial estimates suggest that to deliver the new education goal – Goal 4 – that focuses on life‑long learning and, quite rightly, stresses the quality of education, governments in low‑income countries will need to increase their spending by 50 per cent. Raising that much in aid to education is unimaginable given the present economic situation and the inability of developed countries to live up to their aid commitments.

The only credible and sustainable way to finance the education goal – as with all the goals – is through ensuring more money is raised nationally through tax and that the revenue raised is effectively spent.

We would like to see more of these kinds of connections and mobilizations on tax. Women’s rights groups worried about access to safe public spaces, or youth rights groups working on youth under‑employment, could be part of a strong base of citizens lobbying to ensure that public money is spent on public good rather than padding the bottom line of big business.

The upshot is that if civil society is successful in changing the tax rules, we could be looking at a game changer.

Old debates around aid dependency may become irrelevant. Countries could finally be able to implement their own development strategies, based on principles of human rights and public good, rather than on a set of rules created by and for rich countries as is currently the case.

That may not be the future that tax‑dodging companies want, but it’s a future worth fighting for.

New mindsets and practices are needed to finance the SDGs