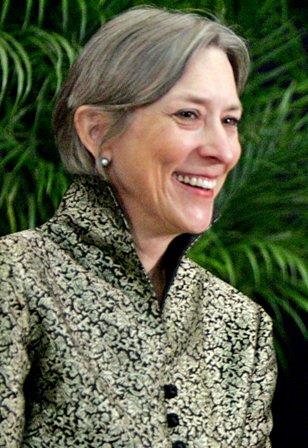 How powerful are foundations relative to other actors in society? With few exceptions, foundations and NGOs pale in size, programme scope and budgets beside governments, international development agencies and multinational corporations. Yet, too often, grantmakers act as if the limited transactional clout of giving away money affords them special power. To achieve anything of substance, foundations should consider themselves as actors within an evolving social change ecosystem. Rather than comparing their relative power, we believe it is more productive to determine how foundations can use their power to influence the deployment of other resources to effect positive change.

We begin with a caveat. This article is not about all foundations; it is about those interested in playing a catalytic role beyond the transactional element of funding, in particular those committed to tackling underlying structural issues of justice and equity. This assumes that the work of such organizations is guided by their values; that they cultivate innovation, accept risk as part of their strategy, and have a tolerance for failure and learning from experience. 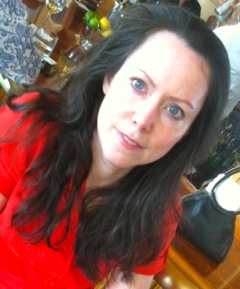 Relinquishing ego
Money is a currency of power and giving it away is at the core of what foundations do. Even the best-intentioned organizations can generate power dynamics that undermine their work: failing to engage communities or to take account of what they say; giving grants to ineffective organizations and ineffective leaders; and failing to explore whether their interventions dovetail with other policies, institutions and social forces are just some of the pitfalls. However, foundations are often most powerful when they understand the social dynamics involved and develop authentic relationships through which they can deploy their potential for social impact. This means, in part, relinquishing their ego and urge to ‘brand’ their work and actively countering perceptions of their special privilege.

This does not imply that foundations should eschew setting goals or charting, monitoring and reporting on a course of action. However, because foundation resources are small in comparison to other actors such as development agencies and corporations, they must consider where to apply pressure to catalyse change and what sort of mechanisms will build and sustain progress. Often it is foundations’ under-used or under-appreciated non-financial resources that can complement or become even more powerful than the funding they provide.

We focus on three powers that foundations have to promote social change. Two of these approaches, supporting advocacy and using strategic leverage, enable organizations to influence new or more equitable policy and flows of public sector resources. The third, investing in local philanthropic organizations that share their values, enables foundations to amplify their support for social change through those other organizations. These approaches are inherently risky. Yet with appropriate planning, monitoring, adjustment and evaluation, they can enable foundations to wield a deeper, more transformational power than they can by acting alone.

The power of advocacy
Foundation advocacy is not new but it is receiving greater legal and public scrutiny, and this in turn is driving some of its most thoughtful proponents to evaluate and share their strategies and results. For example, a five-year analysis of the work of 110 American non-profits by the National Committee for Responsive Philanthropy showed that they have ‘brought over $26.6 billion in benefits to low-wage workers, communities of color, rural residents and other marginalized groups’ through their advocacy work. The report, Leveraging Limited Dollars: How grantmakers achieve tangible benefits by funding policy and community engagement, found that every dollar donors invest in policy advocacy, community organizing and civic engagement provides a return of $115 in benefit and contributes to stronger communities. This 1:115 rate of return far exceeds what might have been achieved had these organizations provided direct charitable services.

At a recent conference in New York on Money and Power in a Post-Election America: Where is philanthropy?, more than 100 US foundations, non-profits and government executives debated philanthropy’s role in influencing public policy and government decision-making. Some articulated strong support for the advocacy role of foundations, noting major contributions like that of Atlantic Philanthropies, which invested $25 million in a legislative action campaign that engaged over 1,000 partners of the Health Care America Now coalition. This has been credited as a ‘major contributor’ to the passage of the Patient Protection and Affordable Care Act (ACA), otherwise known as Obamacare. Others warned against being too close to policymaking circles, highlighting the problems that come from increased politicization, including the heightened scrutiny that it can bring to philanthropy.

These fears reflect a disturbing trend in American philanthropy: to decry increased regulatory scrutiny on the sector itself rather than focusing on policies that affect the issues and constituencies foundations’ missions say they are meant to serve. Certainly foundations must not breach the rules imposed by their tax status. And they must ensure that they meet a number of proven criteria for action, including a strong evidence base and genuine engagement with the constituencies ultimately affected by the policies or legislation in question. But this healthcare example and others – like anti-tobacco campaigns resulting in smoke-free laws and significant declines in youth and adult smoking and environmental movements against siting toxic dumps in low-income communities – show that foundations can exert significant power when they help citizens’ voices be heard alongside other commanding societal players like government and industry.

The power of public-private partnerships
A productive trend in international development is the ongoing discussion among foundations, international organizations, development agencies and corporations about public-private partnerships. Often, however, good intentions are thwarted by incompatible decision-making cultures or operational weaknesses on the ground. Yet there are good examples of effective ways in which foundations and NGOs have used their leverage to effect the smarter deployment of resources for the common good.

For example, a new study conducted by the Asia Foundation, The Contested Corners of Asia: Subnational conflict and international development assistance, identifies measures to improve the way international development agencies address subnational conflict, which it cites as ‘the most widespread, enduring and deadly form of conflict in Asia’. Because journalists, diplomats and personnel from international development agencies and NGOs have limited or no access to local conflict areas, complex local-level dynamics in these regions are poorly understood. Flows of international and domestic funds to these regions may be significant but, as the study reports, the interactions between conflict, politics and aid are a ‘critical blind spot’ for aid programmes. Unwittingly, the deployment of their resources all too often either ignores or exacerbates local tensions. If followed, the recommendations of this study for improving international foreign assistance and local investment would influence considerable resources that otherwise might be squandered. And the research and local knowledge of one organization and its partners in this study would have contributed far more to critical peace building than their individual efforts on the ground.

Investing in public philanthropies
A third way in which foundations can wield substantial power is through strategic investment in public philanthropies such as community foundations and funds dedicated to women’s empowerment, human rights, peace and other aspects of social equity. In a report entitled Supporting Democratic Philanthropy: Lessons from Ford Foundation programs, Barry Knight describes how such funds ‘play important interstitial roles in society, harness the power of small grants, build constituencies among people who are oppressed and marginalized and negotiate the territory between such marginalized groups and governments’. This he calls a ‘new force in philanthropy driven by ordinary people working from the bottom up of our societies, rather than by wealthy people working from the top down’, which has the potential to help solve critical problems in societies throughout the world.

While fair competition within and across institutions and sectors of society is important, philanthropy need not pit itself against other actors or attempt to distinguish its unique contribution to social advancement. It can exert its greatest power through strengthening, linking, harnessing and amplifying the resources of others.