A few years ago, Linda researched and wrote a master’s thesis on addressing power dynamics in collaborative process design and facilitation. Her premise was that unless power dynamics are understood and addressed, well-meaning people and organizations will unknowingly tend to reinforce the status quo. The same could be said for philanthropy. If we in philanthropy are serious about changing the way things are, we have to address issues of power.

One thing that woke Linda up at two in the morning – one of those ‘aha’moments – was the realization that, while the literature on conflict is packed full of discussions about power dynamics, the literature from other fields almost never talks about power. There were only two or three references to power anywhere in the stack of literature from the group facilitation field – and then only in reference to that of the boss within an organization. The same is true of philanthropy: power is rarely discussed or taken into account. Yet, power is central to philanthropic collaboration. 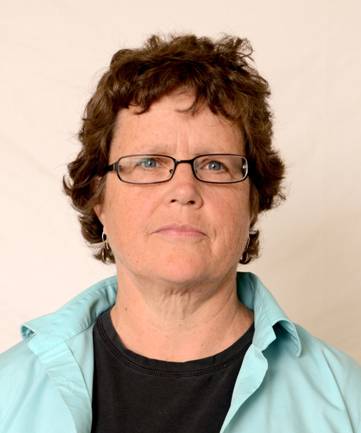 What is power anyway?
The first question is: what is power? The simplest and one of the most effective formulations comes from feminist psychologist Jean Baker Miller, who defines power as ‘the capacity to produce a change’.

But probing deeper reveals a complexity that is hard to fathom. There are many books and articles about what power is, where it comes from, and how it operates. According to earlier conceptions, power is the ability to force people to do something they wouldn’t have done otherwise. This is a ‘coercive’ definition of power that remains at the root of our common vernacular.

More and more, however, the literature has shifted to describing power as a self-developing capacity rather than a fixed asset or possession that can be divided, shared, transferred or conferred. The literature describes power as something developed between people rather than the possession of an individual. In this model, power is constantly reconstructed in the relationship between people. Mary Parker Follett, writing in the 1920s, explained that ‘power is not a pre-existing thing which can be handed out to someone, or wrenched from someone’. Coining the term ‘transformational leadership’, she stressed the importance of ‘power with’ as opposed to ‘power over’ in producing positive change.[1]

While the ‘power with’ model has taken hold, our language has not changed. We talk about ‘sharing’ power (as if it’s something I own and can give you a piece of) rather than ‘building’ power (something I may have but you can build as well). Common vernacular includes ‘sharing power’, ‘granting power’, ‘taking power’ and ‘building power’. All but the last of these assume that power is a fixed asset. And this language influences how we relate to each other and how we view the possibility of change. According to Elizabeth Janeway, talking about power as the possession of certain people may actually help maintain the status quo by making it seem impossible to challenge those who are described as powerful, rather than demonstrating that power operates through the consent of the governed.

What types of power are there?
Power, to quote the cliché, does not exist in a vacuum. It requires a context. The literature reveals different ‘bases’ and ‘types’ of power. Some of the most relevant to philanthropy are:
Reward power, the ability to reward another party for complying.

What about foundations and power?
When thinking about philanthropy, whose essence is using private wealth for public benefit, many of these musings about power are critical. Philanthropy has great potential to create the conditions to help others build power.

So what do we know about how philanthropy operates with power? In an attempt to answer this question, we re-analysed data from a survey on grantmaking strategies conducted by Avila Kilmurray and Barry Knight. This included responses from 54 foundations from 22 countries. The survey covered a wide range of questions about how foundations work, including how they select priorities, criteria they use to select grantees, other kinds of support offered, role of staff and boards, assessing risks, assessing impact, and other practical matters involved in running the foundation.

In analysing the data on relationships between foundations and their grantees, we found that these foundations fell into two groups, which could be categorized as the ‘power over’ and ‘power with’ types. For example, asked to rate the importance of various criteria in selecting grantees, the ‘power over’ type stressed the importance of a proven track record, high organizational capacity, a clear theory of change, and the ability to produce outputs. The ‘power with’ type stressed the importance of a participative approach, connection to the grassroots and innovative approaches, and were put off by a theory of change.

Both groups stressed the importance of ‘partnership’ with their grantees, but this means very different things for the two groups. What sets them clearly apart is ‘issue power’: who sets the agenda. For the ‘power over’ group, the foundation holds the ‘issue power’. One foundation director in this group noted: ‘We have specific policy change objectives so we identify partners and ask them to work with us when there is a fit with what we want to achieve.’ Another foundation noted: ‘We do the research ourselves to identify potentially good organizations – as we have specialist staff in each programme area.’

For the ‘power with’ group, partnerships are very different. One foundation director in this group noted: ‘In one programme, women basically refused to go along with our plan so we let them lead and we followed. They were right and they succeeded. We made a difference by letting them lead and staying with them – not limiting our involvement or activities to a programmed approach.’ A second foundation in this group said: ‘Rather than relying on a theory of change, we prefer to trust local people – they usually know best.’ A third commented: ‘We often need to help build capacity, coax out innovation, strengthen ways to work with grassroots, etc. In other words, the grantees may not have all the characteristics we seek but we support them to become more effective.’

The difference between the two groups was also evident in ‘expert power’. In seeking advice when developing a grants programme, the ‘power over’ group would typically rely on checking the literature on any topic and consulting acknowledged experts, while the ‘power with’ group would typically rely on advice from the most disadvantaged groups in society.

Again, the difference was evident in ‘referent power’. Asked which kind of organizations they built alliances with, the ‘power over’ group tended to build none, while the ‘power with’ group typically built coalitions with other funders, NGOs and universities. It seems that while ‘power over’ foundations build an expert case and then go it alone, ‘power with’ foundations rely on grassroots knowledge and seek a variety of different relationships to boost their effectiveness.

Conclusions
We found two conceptions of power in our research. One group sees the main source of power lying with the foundation. Having consulted experts, this group will go it alone, developing transactional relationships with grantees and the field. The other group sees that its power is vested in its relationships and that, far from having a monopoly of expertise, the foundation needs to trust not only its grantees but also people who are disadvantaged and marginalized.

We are unable to say from the data which is the most effective model. However, the literature suggests that the ‘power over’ model is old-fashioned; modern conceptions of power suggest we need to develop a ‘power with’ approach. According to Janet Surrey, ‘power in the “power-over” model is always unsafe. It’s never enough and [it’s] always being challenged.’

If we shift the vernacular and understanding from ‘sharing’ to ‘building’ power, what can foundations do? It is clear that they can help create the conditions so that grantees can build their own power. And while there are a number of ways in which foundations can exert power over grantees, they can decide not to use power they have, or think about how they are using power and use more positive forms.

It is clear that we need a serious discussion about these issues in philanthropy. At present, foundations are using power models without being aware that they are doing so. It is important to make these explicit because, as we stated in our premise for this article, if we are unconscious about power, we are very likely to reinforce the status quo.

Linda Guinee is senior associate, Interaction Institute for Social Change and Coordinator of the Working Group for Social Justice and Peace. Email lguinee@interactioninstitute.org