Interview with Ellen Dorsey of the Wallace Global Fund

The Wallace Global Fund has been spearheading the burgeoning divest-invest philanthropy movement, which encourages foundations to divest from fossil fuels assets and invest instead in renewables. Executive director Ellen Dorsey is more optimistic than she has been for a very long time about the possibilities of keeping global warming to the two degrees Celsius limit, she tells Caroline Hartnell. And she urges foundations to use grants, assets, advocacy and convening to combat climate change. 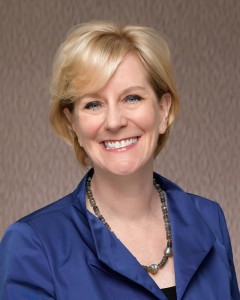 Do you really think that we have the ability to solve major problems like climate change, hunger and inequality?
I do think that we have the capacity and the technology both to make the energy transition and to lift the world’s population out of poverty and to feed the world. It’s a matter of will, of deploying the technology. I work primarily on climate change, and the technology will be there in the coming 20 or 30 years to make the full and complete transition to safe and clean energy, if we have the political will, if we capitalize the solutions, if we scale them up in key parts of the world.

What role can foundations play in this?
There’s the traditional role, of course, which is making grants for research or seeding new programmes, piloting and scaling projects, funding advocacy and constituency building to build that political will.

But I also think that foundations can engage in advocacy, using our social legitimacy to give voice to the urgency of the climate issue. We can use our convening authority more vigorously and support connections between our grantees and NGOs and civil society organizations with business and government. Foundations have a special niche in society, and the legacy of philanthropy positions that sort of social capital. Often individuals tied to philanthropic institutions are very influential socially. If we use that social capital for advocacy, which foundations do sometimes but not frequently, it could have an impact on the climate issue as well.

‘There’s historically been a sort of firewall between grants and investments – you make the money here, you give it out over there. That’s changing.’

And we can use our own investments. There’s historically been a sort of firewall between grants and investments – you make the money here, you give it out over there. That’s changing. I think we understand that foundations can and should apply social impact evaluation to their investments, and nowhere is the opportunity and urgency to do that clearer than on the climate change issue. If you’re invested in the companies whose business model is contributing to this climate crisis and who are funding the denial of science, and funding politicians so that they won’t regulate the industry and blocking progress on the issue, then you’re arguably driving the problem that you’re asking your grantees to solve. Instead, you could be using your investments to make those huge energy transitions, getting energy to places in the world where there isn’t energy, and addressing poverty and climate change through energy access. It’s really a question of breaking that firewall down and looking through a climate prism at the world of your investments.

The good thing is that this is a financially prudent thing to do as well as an ethical thing to do. It’s becoming increasingly clear that we can’t burn all the carbon that’s on fossil-fuel companies’ books, so these companies may not be good investments over the longer term and they’re not good investments now. Coal’s dropped dramatically, oil’s dropped. As a fiduciary you have a responsibility to look at this issue. You should at least be asking, is there alignment between your investments and your grants?

How important is the stranded assets argument when you’re on your soapbox being persuasive?
It’s extremely persuasive. When you have the Bank of England saying ‘this is a serious issue’, when the stranded assets risk was debated at the Davos World Economic Forum, this question has gone fully into the financial mainstream. It is now accepted even by these conservative financial institutions that we can never burn all our carbon reserves because it would take us more than twice beyond the two degree Celsius limit. So at some point the regulation will come, hopefully sooner rather than later.

You said that the number of divest-invest foundations has gone up from just over 40 to over 100. Is it the ethical or the financial argument that is most telling for them?
I think it’s both. And it’s practical, too. When you look at your mission, whether it’s environment or health or public service or poverty, it doesn’t make sense in terms of the finances, or the ethics, or the practical consistency between what the right hand and the left hand are doing.

‘It’s ultimately your money and the evidence is very strong that divesting from fossil fuels will not hurt your performance; in fact there’s evidence to suggest the contrary.’

Now investment managers and people that manage your money might not want you to push them to do this. They’re going to say, ‘No, no, it’s risky.’ But it’s ultimately your money and the evidence is very strong that divesting from fossil fuels will not hurt your performance; in fact there’s evidence to suggest the contrary. So the financial arguments are weak, and if your managers and your consultants aren’t willing to apply a climate filter to your investments then it’s pretty clear what you have to do. I have seen it a couple of times where a trustee will turn and say, ‘Well, if we tell you to do this, can you do it? If you can’t, there are people who will.’

And that persuades them, I imagine?
I have seen it turn around on a dime.

So at the Wallace Global Fund, you’re completely divested now?
Yes, from the 200 companies that have been identified as most carbon-intensive, with the most carbon-intensive reserves. We have also looked at other sectors with an environmental sustainability lens. It took a couple of years to orchestrate. It’s complex because our investments are complex but you need to know what you’re invested in, because you need to own what you own.

How much will you invest in renewables?
It’s between 13 and 14 per cent at the moment. We’re still going to keep a balanced portfolio, to make sure that we bring in the returns we need to make the grants, so I don’t know that we’ll go much further than that – although if we see a really important opportunity that we feel makes sense, and we can get the return that we need, then we will. We also work on other issues, so we try to invest in women’s empowerment and rights, and use our assets to do that as well.

You talked about perpetuity in your presentation. Is the Wallace Global Fund a perpetual foundation or are you spending down?
We’re neither. In other words, we’re not committed to strict perpetuity, but we haven’t made any formal decision about spending down. We’ve said if we need to make grants that involve a payout of 8, 9 or 10 per cent and it exceeds our performance on the market, that’s OK. We’ve had some conversations about perpetuity, but that I think is still to be continued.

‘The funny thing is many foundations will not accept a lower than market rate of return on their investments. I would say with a certain percentage of our investments we would, as long as overall we’re doing OK.’

The funny thing is many foundations will not accept a lower than market rate of return on their investments. I would say with a certain percentage of our investments we would, as long as overall we’re doing OK. I think it’s a decision that each institution should make; there’s no best way to do it.

If you think about it, great wealth will be made in the energy transition. With any major tectonic shift in the energy base of an economy, whether it was the end of slavery, which was a shift in the energy base of our economy, or industrialization, people made tremendous wealth. So new wealth will be made, and new foundations will be created. But right now we have an urgent need to address climate change and we’re spending more than we planned to spend because we see the impact of our spending and we’ll continue to put more resources into it.

Given the urgency, would you be prepared to spend down?
I’m not a trustee, it’s not my decision. Our donor was vice president of the United States, secretary of commerce, secretary of agriculture. We try to implement programmes in the spirit of his legacy and his values, so the trustees may want to keep his legacy alive.

‘I think if I ran a foundation today, I couldn’t in good faith sit on the capital.’

This is such a touchy issue for foundations – if it were my foundation? I think if I ran a foundation today, I couldn’t in good faith sit on the capital, I really couldn’t. I’m sure we could find good ways to spend the money if they decided to spend down.

Are you optimistic that we’re going to hold global warming to two degrees?
I am more optimistic than I have been in a very long time. Four years ago, I truly thought we were hurtling towards a crash and it would be apocalyptic. But there is a whole new energy out there that is very exciting, and I am optimistic that we will speed up and accelerate the commitments to change.

Will we keep it at two degrees Celcius? I really don’t know. I think it’s going to require an enormous lift. One of the greatest sources of hope is the Pope’s encyclical on climate change, released at the end of June. That could increase the urgency, particularly in some key Catholic countries. I feel that, with the youth movement and the Pope, the juggernaut is starting to shake loose.

If I were the Nobel Foundation, I would give a prize to Mark Campanale of Carbon Tracker. I think that is the single most disruptive concept. His stranded assets risk analysis just cracks this open. The divestment practice has been a perfect marriage of exciting a base and exploding advocacy. But Carbon Tracker’s work has just been stunning.

Ellen Dorsey PhD has been executive director of the Wallace Global Fund since March 2008. Prior to that she served as senior programme officer for the environment programme at The Heinz Endowments in Pittsburgh, Pennsylvania. Her work experience ranges from environmental protection and health to human rights, public policy and academia.

Poverty is a very serious problem in our world today. I want to use this opportunity to extend my profound thanks and appreciation to the Wallace global fund family Ellen Dorsay and her team for all the good work done by her team...

Interview with Sergio Urbani of the Cariplo Foundation