What do others want from foundations?

Why foundations should be shareholder activists

The times they are a-changin’

Responses to Mari Kuraishi’s ‘From crowdfunding to crowdsourcing’

As a board member of Alliance Publishing Trust, I feel it is my responsibility to provide Caroline Hartnell with regular feedback on the content of Alliance magazine, and to play the role of friendly critic. And while Caroline and I enjoy disagreeing from time to time, it was only when the gorilla (a tongue-in-cheek reference to the Bill and Melinda Gates Foundation) appeared on the cover of the September 2011 edition that I took specific issue with the aesthetics of the magazine. 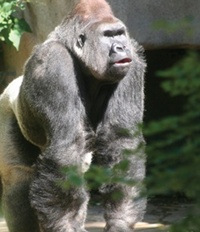 Jacob Harold, Philanthropy Program Officer at the Hewlett Foundation, also referred to such ‘Gorillas in the midst’ in his contribution to the December 2011 edition. But before commencing my simian tirade, I would like to make clear that I largely agreed with the points outlined by Mr Harold. Increased regulation of our sector is surely inevitable, and the four behaviours he outlines (transparency, measurement of multiple bottom lines, proactive engagement with stakeholders, and collaboration) are all indeed viable paths to greater accountability. More significantly, none of these behaviours are precluded from being self-enacted and achieved without unwanted external, top-down interventions. We can and must take auto-regulation more seriously in this business. I feel that this is said time and again, but I’m optimistic that there is more traction in this direction in the current climate.

Now back to that gorilla. Despite my general agreement with Mr Harold’s piece, I find the winking allusion to the Gates Foundation unhelpful and detracting. The reduction of the foundation to its size, alas all too predictably and boringly done whenever the Gates Foundation is mentioned, is an error, particularly considering what the organization has achieved for the sector as a whole in firmly placing the foundation brand on the radar, engaging with new stakeholders in novel and exciting ways, and being an exceptional advocate of the principle that those that can give, should. Rather than being a haughty beast, my personal experience with the Gates Foundation is one of a learning organization. Just yesterday I was asked to anonymously complete a Gates-led, self-reflexive survey on external perceptions of the foundation. How many organizations regularly take the risk of asking their partners to provide them with frank feedback like this? Surely that could be replicated by others. 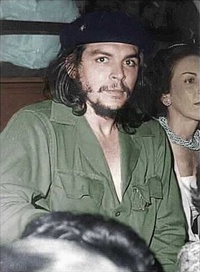 The ‘gorilla’ error is compounded, moreover, because it seems to suggest that issues of transparency and accountability need only concern foundations with significant assets, and it lets smaller (and dare I say sometimes more inclined to ‘fly under the radar’) foundations off the hook. I feel very strongly that the responsibility for transparency and good behaviour must sit equally on foundations of all sizes, from the tiniest to the largest. The behaviour of a small foundation in Spain or Liechtenstein could have as damning an impact on the reputation of the brand as any. We know this and so we must be careful in two ways: first, not to make transparency a complicated and difficult issue and, second, not to assume that accountability can be meaningful only if it’s imposed from outside.

I applaud Mr Harold’s appropriate call for greater accountability; but perhaps it’s better to talk about guerrillas rather than gorillas. Before our sector becomes unnecessarily tangled in unsolicited red tape, I think the time has come for an urgent and greater emphasis to be placed on holding ourselves, and each other, to higher standards. We must all become adept in demystifing foundations and fierce advocates of the tenets proposed by Mr Harold: guerrilla fighters against the individual trappings of conceit and egoism that risk marring the reputation of the wider sector.

And I’m not monkeying around here.