To help us assemble the Ariadne Forecast each year we choose a literary figure. This year our guide is from Jules Verne’s book Around the World in 80 Days. The main character, Phileas Fogg, has a capable French assistant who gets him out of many difficulties. His name is Passepartout, which translates into English as Skeleton Key, and that’s exactly what we hope the 2016 Ariadne Forecast will be for social change and human rights grantmakers in Europe and beyond.

This year over 150 forecasters, all grantmakers, individual donors or working for philanthropy support organizations, have contributed – by responding to questions, being interviewed, or coming to one of the forecast roundtables, held in Brussels, Paris, London and The Hague. Each location is distinct, in its culture of philanthropy, in the preoccupations of the grantmakers and in the food required for thought. So after déjeuner in Brussels, apéritif in Paris, scones and jam in London and a hearty dinner in The Hague, what do Ariadne participants think the next 12 months holds?

The problem of migration
They believe that the arrival of over a million migrants and refugees in Europe will remain the defining problem of this year: ‘In 2016 the crisis will become the new normal for much of Europe with some difficult consequences for local communities, and profound challenges to European identity.’ Many funders think it is not their role, but that of governments and humanitarian agencies, to deal with the immediate needs of refugees, and that private funds are better used to assist with the integration of the new population and to encourage tolerance in existing residents. Some warned about the stability of countries like Greece and Turkey if the migrants find themselves stranded there and Europe shuts its borders.

Funders also showed a clear understanding of the roots of this crisis, that the mass movement of people is being driven by conflict, poverty and global instability, which is also driving terrorism across Europe and increased levels of fear and anxiety. Overall, this makes the environment in which grantmakers have to operate in 2016 difficult. One forecaster spoke of the ‘securitization happening weekly of policy at European level, without comment’. 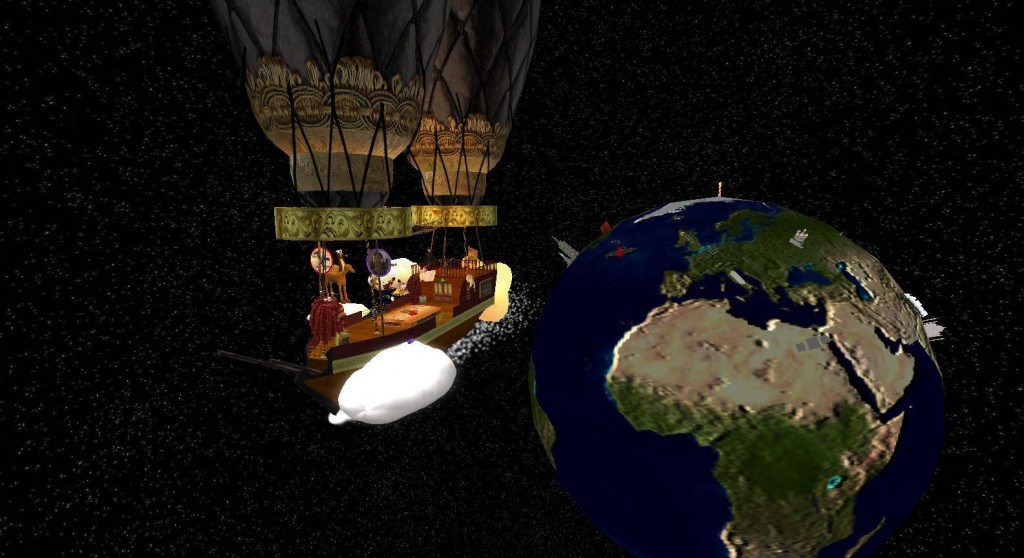 The literary figure for this year’s Ariadne Forecast is Passepartout, from Jules Verne’s book Around the World in 80 Days. Credit: Drama Libre, Sougent Harrop.

Shrinking space for civil society
Funders expect this to mean the continued strangulation of civil society globally, not just for those working on human rights but also for donors in development, environmental and humanitarian funding. They expect it to take longer and be even more difficult for them to make grants across borders as banks and governments disproportionately target philanthropic funds and NGOs in the name of security. But they do predict that 2016 will see funders move beyond trying to find ways through the thicket of new regulations and switch to advocating for civil society as the best bulwark a community can have against extremism and radicalization.

Dealing with austerity
Europe is also dealing with low growth and austerity, as governments minimize their support for social welfare and look to independent funders to fill the gaps. This provoked a sharp divide, with a number of grantmakers believing that this is not their role: ‘It is a fundamental duty of a democratic society to deliver some things equitably and well to all in society.’ Others – often in France, where independent philanthropy has been viewed with deep suspicion – see this as a chance for funders to find a role and contribute very publicly to society.

The digital revolution
As well as these difficulties, there is also an underlying thread of optimism and energy flowing through funders’ forecasts for 2016, driven by the digital revolution, which is making new things possible, and also by changes in how foundations and individuals give, or lend. More funders are moving towards blended finance models, impact investing and soft lending, driving a new market for social good. This is creating new kinds of organizations where grant income is just one part of the business model and serendipitous events can drive new funding. As one forecaster said: ‘Who would have thought a small wildlife programme could raise £750,000 because Cecil the Lion was shot by an American dentist?’

And that leaves us with the one certainty of any Ariadne Forecast, which is uncertainty, and the need for all funders to be ready for it whatever area they focus on: ‘There will be a black swan event – which funder will be ready for the unexpected?’