We are delighted to announce the seven finalists for this year’s Olga Alexeeva Memorial Prize. They come from Brazil, Mexico, Singapore and South Africa and their work extends throughout South America, Asia and Southern Africa. They are equally diverse in terms of the variety of their approaches to building philanthropy.

You can read an interview with each finalist in a special supplement, supported by CAF, which will be published in the upcoming September issue of Alliance, which will focus on the question ‘does philanthropy have too much influence?’ Click here to subscribe to Alliance to ensure you receive your copy of the supplement. (Photo above depicts 2015 finalists with with award committee members.) 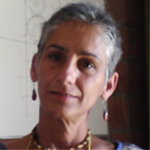 Artemisa Castro is Executive Director of Fondo Acción Solidaria (FASOL) in Mexico. She is also a member of the Global Funders Alliance for Social Environmental Action. A biologist by training, she founded a local organization in Baja California Sur in the 1990s to spark and develop community action both to improve the local social and environmental conditions and to empower local women. This led to her collaboration with a group of other environmental activists and ultimately to the founding of FASOL in 2007, the first fund in Mexico dedicated to supporting grassroots community action through a programme of small grants, mentorship, capacity building and networking. The Fund, which brings together community foundations, family and corporate foundations and others, has now supported more than 700 community groups across Mexico to achieve, among other things, the advancement of sustainable agriculture and an increased community voice in policy-making on the critical issues that affect them. 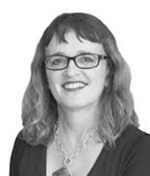 Audrey Elster is Executive Director of the Raith Foundation in South Africa, a locally funded foundation committed to financing social justice work. In 2012, she was instrumental in setting up the Social Justice Initiative (SJI), a badly needed development in a country where funding for social change work is thin on the ground. The SJI raises funds for social justice programmes from high-net-worth South Africans, a group which has not traditionally supported such work. The SJI works by linking them to social justice NGOs directly, or by receiving funds from them and disbursing them through existing grantmaking structures. To date, it has mobilised over R55 million. The SJI is also an advocacy initiative and places a strong emphasis on communications work in order to help ensure its long-term sustainability.

Bhekinkosi Moyo is head of the Southern Africa Trust (SAT), chair of the Africa Philanthropy Network (APN), and sits on the board of ISTR – the International Society for Third-Sector Research. He was also instrumental in setting up the African Grantmakers Network (now the African Philanthropy Network) and, more recently, a Chair in African Philanthropy at the Wits Business School (WBS) in South Africa. Formerly he worked at TrustAfrica, where he helped to develop the only pan-African philanthropy portfolio at an African philanthropy institution. In his many roles and in a continent where philanthropy has long been a marginalised topic, where very little infrastructure existed to support its development and there was little understanding of its role, Bhekinkosi Moyo has consistently promoted African philanthropy locally and globally and has led and supported efforts on both the practical and theoretical aspects of it. 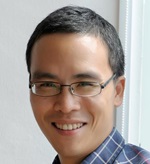 Laurence Lien combines a number of roles in the philanthropic infrastructure of Singapore and of Asia generally. He served as CEO of the National Volunteer & Philanthropy Centre NVPC in Singapore (2004-8) and is co-founder and CEO of the Asia Philanthropy Circle (APC) and board member of the Lien Centre for Social Innovation at the Singapore Management University. He is a philanthropist himself, sitting on the board of his family foundation and helping to create the Community Foundation of Singapore, Asia’s first community foundation. He is an advocate for collaboration and a leader in implementing initiatives in this field. He believes that private philanthropists can play an instrumental role in creating a better community and, through APC, hopes to change the way private philanthropy is done in Asia and the role it plays in the region’s development. Following its first year of operation, APC has 21 members who have launched six collaborative projects. 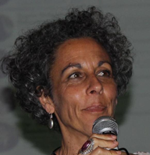 Maria Amalia Souza is the founder and executive director of CASA Socio-Environmental Fund, based in Brazil. CASA  arose out of her experience of working with groups like Rainforest Action Network, International Rivers and Earth Island Institute. Its purpose is to provide efficient means for philanthropic support to the traditional, community-based and grassroots communities most affected by social injustice and environmental destruction in South America. CASA was the first, and is still the only, South American socio-environmental fund started and run by South Americans. Set up to be as flexible and rapid as possible in responding to local needs, it can reach remote communities because it relies on information supplied by network of contacts in the social and environmental justice fields throughout South America.  Over the last 10 years, CASA has made over 1,300 grants in ten South American countries of between USD5,000 and USD15,000. CASA is now promoting the replication of its model in Ecuador, Peru, Bolivia, Paraguay, Colombia and Argentina. Amalia Souza is also one of the co-founders of the Philanthropy Network for Social Justice Brazil. 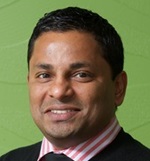 Neville Gabriel was one of the founders of the African Grantmakers Network, the first continent-wide forum for promoting African philanthropy by Africans. He was the founding Executive Director of the Southern Africa Trust and is now head of The Other Foundation, an African trust dedicated to advancing human rights in Southern Africa, with a particular focus on lesbian, gay, bisexual, transgender and intersex (LGBTI) people. Listed for several years by South Africa’s Financial Mail as one of the country’s most influential black citizens in the development sector, Neville Gabriel is a justice advocate, a philanthropy innovator, a human rights activist at Southern Africa regional level, and a strong local voice in encouraging giving in support of social justice. ‘Philanthropy should address power dynamics and be a brokering, bridging agency,’ he has been quoted as saying. ‘So far this role has been played by philanthropy from the North, and that does not work. This has to be indigenous.’

Paul Bacher is the founder of ORTJET, an organization to enable business leaders and practitioners to provide mentorship to struggling small businesses in South Africa’s Jewish community. Paul Bacher is the founder of In 2015, he went on to found the National Mentorship Movement (NMM), which will extend that work throughout South Africa.  The aim is to provide a sustainable nationwide mentorship programme across all sectors of the South African economy which, by 2020, will connect 100,000 active mentors to a million entrepreneurs in need of mentoring. With unemployment in South Africa at 36 per cent, job creation is a huge need. But apart from the economic benefits, Bacher believes that mentoring is transformative for mentors as well as those mentored, inspiring those who donate time and skills, promoting a culture of giving, breaking down barriers between people from different backgrounds, increasing social cohesion and, ultimately, building a stronger society.

Thanks to support from the C S Mott Foundation, Lodestar Foundation and Vladimir Potanin Foundation, all seven finalists will be funded to attend the Global Summit on Community Philanthropy in Johannesburg in December.  The winner will be announced on our website in early October and will receive the £5,000 prize and be asked to deliver a keynote speech at the summit. Click here to learn more about the Olga Alexeeva Memorial Prize.