GPLI invites all the cooks to the kitchen

Which way now for Arab philanthropy?

Too broad, too abstract, too ambitious, but most of all, too many cooks in the kitchen. These were some of the criticisms made of the Global Philanthropy Leadership Initiative (GPLI) when it began in 2009. Yet the various ingredients have mixed together successfully to produce two collaborative platforms, a framework for advancing the regulatory environment for cross-border philanthropy, and a roadmap to strengthen relations between foundations and multilateral organizations. 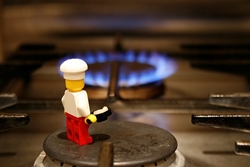 With the GPLI’s pilot phase coming to a close, it’s time to make more room in the kitchen and invite interested foundations to join the work ahead.

Supporting transition processes in North Africa and the Middle East
The first collaborative platform aims to support the peaceful transition to social and economic justice in North Africa and the Middle East. It will both facilitate the pooling of funds and enable information sharing and synergies among funders. A group of foundations is currently setting up a pilot joint initiative, focusing on north-west Tunisia. It will be operational in early autumn 2012 and will invest in strengthening local capacity and community assets; building bridges between diaspora and local groups around concrete projects of common interest; and fostering cooperation among civil society actors within Tunisia and beyond.

The joint initiative for Tunisia is conceived as a multi-year endeavour, starting with a one-year ‘proof of concept’ phase of learning, trust-building and testing ideas of what works on the ground in order to inform the long-term strategy. The lead foundations are the European Cultural Foundation, Fondation de France, Fondazione di Venezia, Fundação Calouste Gulbenkian, King Baudouin Foundation, Robert Bosch Stiftung, Rockefeller Brothers Fund and TrustAfrica. The initiative will be housed by the Network of European Foundations.

Funders’ Forum on Sustainable Cities
What makes a good city? The Funders’ Forum on Sustainable Cities will examine how foundations are engaging around three areas: the dynamics between population and infrastructure; community development, well-being and public safety; and governance, leadership and the effective execution of policies. It will look at innovations and whether and how they can be applied in different contexts, and at the role philanthropy can play in linking knowledge hubs on urban sustainability. The Ford Foundation and Realdania recently joined the three Forum initiators, Charles Stewart Mott Foundation, Fundación AVINA and German Marshall Fund of the United States.

In parallel, GPLI has assessed the feasibility of international treaties or a global treaty as a tool to overcome existing barriers to cross-border philanthropy. It will now make the case to governments and multilateral organizations. This will require long-term, concerted action by foundation leaders and philanthropy support organizations around the world.

Sevdalina Rukanova is senior officer at the EFC responsible for international philanthropy, including the coordination of GPLI. Email SRukanova@efc.be.

Global Philanthropy Leadership Initiative
GPLI is a joint initiative of the Council on Foundations, European Foundation Centre and WINGS – Worldwide Initiatives for Grantmaker Support, under the leadership of the Charles Stewart Mott Foundation and Fundação Calouste Gulbenkian. Initially designed as a two-year process involving some 30 foundation leaders from different parts of the world, GPLI is now launching a set of initiatives into the wider philanthropic community and opening up to wider participation.

Find out more about the Tunisian initiative