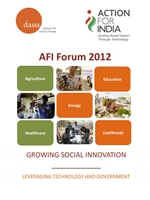 The third Indian Philanthropy Forum conference on 21 March illustrated that there has been a dramatic shift in focus for both established and emerging philanthropists in India in the last year.

Dasra’s stream of inspirational leaders held the audience of 175 philanthropists and 24 foundations captive with a call to action for a host of previously underfunded areas of development, including sanitation, girls’ empowerment, human rights and the promotion of rural artisans.

Speakers from across the country and world such as J S Parekh (Omidyar Network), Jack Sim or ‘Mr Toilet’ (World Toilet Organization), Sheela Patel (SPARC), Dilip Chenoy (National Skills Development Corporation), Ken Roth (Human Rights Watch), Matthew Bishop (author of Philanthrocapitalism) and Shabnam Sinha (World Bank) challenged the audience to a new way of thinking about the role that philanthropy can play in filling critical gaps, particularly where independence is required from government or in areas where the government is conspicuously absent such as human rights. 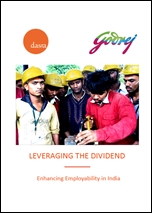 Four weighty reports were launched at the Forum, including Bain’s India Philanthropy Report 2012 (see Alliance’s April eBulletin). Dasra’s advisory research reports Owning her Future and Leveraging the Dividend both make practical recommendations for areas of development often neglected by Indian philanthropists, for example promoting a paradigm shift in attitudes towards issues such as child marriage and skills training. In partnership with Action for India, Dasra launched a report called Growing Social Innovation. This looks at the challenges faced by social businesses hoping to scale and makes recommendations to the Indian government for how they can play a role in the solution.

If the Forum achieved just one thing, it was to make clear that an intelligent joined-up approach to philanthropy is required. We look forward to increased dialogue this year as strategic philanthropy in India comes of age and more collaboration is promised.