European cross-border philanthropy suffered a serious setback in November when representatives of the 28 EU member states failed to reach a consensus on the European Foundation Statute (EFS) at the European Commission meeting in Brussels. A revised submission by the Italian presidency also failed to produce unanimity. Following this, in December the Commission announced its decision that the EFS will not be part of its so-called ‘better regulation’ agenda for 2015. This decision means that, in effect, any further initiative for a pan-European foundation statute would have to start from scratch.

What would a ‘European Foundation’ look like?
The proposed Statute sought to create a single European legal form, the ‘European Foundation’ (FE). This status would apply to public benefit foundations only; it would be optional and foundations so designated would exist alongside domestic foundations. They would need to prove their public benefit purpose and cross-border dimension and to possess a minimum amount of assets (set at €25,000 in the European Commission’s original proposal in 2012). FEs, which could either be conversions from existing foundations or start-ups, would receive legal recognition in all member states and would be subject to the same tax requirements as existing domestic public benefit organizations.

The main advantage of the regulation would be a vastly increased ability for FEs to operate across EU borders. The combined annual expenditure of European foundations is around €100 billion. At the moment, an estimated €100 million of this is consumed in complying with individual national legislation.

What went wrong?
While a majority of member states support the EFS initiative, unanimity is required for its acceptance. Eight member states – Austria, Denmark, Estonia, Germany, the Netherlands, Portugal, Slovakia and the UK – rejected the proposal. Some of these apparently wanted to see further changes in the EFS text, but given the somewhat secretive character of the negotiations, it is unclear what the suggested changes were. What does seem clear is that the grounds for rejection were different in each case, making achievement of unanimity all the more difficult.

Alliance spoke to association leaders in two of the countries where the Statute was rejected. ‘Overall ACF supported the introduction of the Statute and said so to the UK Government,’ says David Emerson of the UK’s Association of Charitable Foundations. ‘Had it been successful, it would certainly have been helpful to those UK foundations wanting to work across borders.’

So why was it rejected, in his view? ‘We understand that the UK Government’s concerns were related to regulatory cost and the likely low take-up in the UK, at a time when the Charity Commission in particular is concentrating on core regulatory tasks.  Although we cannot know for certain what the exact grounds for rejection were, we agree that it is probable that each of the eight countries will have had their own issues.’

‘Ninety per cent or more of German foundations have a local or national focus,’ says Hans Fleisch of Bundesverband Deutscher Stiftungen, the German Association of Foundations. ‘Those that are interested in activities beyond national borders judge the European Foundation Statute to be an important symbol pro Europe which would also be a helpful first step in easing pan-European foundation activities.’ But he is not optimistic about the future of the Statute: ‘It will be difficult to revitalize a process that could lead to a good new legal solution for a pan-European foundation.’

Responses to the decision
This will have been a big disappointment for philanthropists and foundations that were expecting the EFS to facilitate and develop their cross-border work. It must also be a blow for the European Foundation Centre (EFC), which, together with its DAFNE (Donors and Foundations Networks in Europe) partners, has spearheaded a 12-year campaign for the Statute. Under the circumstances, Francis Charhon of the Fondation de France, chair of the EFC’s Advocacy Committee, is surely understating the matter when he calls the Commission’s decision ‘very disappointing’.

For the EFC’s chief executive, Gerry Salole, the decision represents ‘a missed opportunity. The European Foundation Statute is a simple, cost-effective solution to enable foundations to fund across communities in Europe and to bring about more public good for people and communities most in need.’ In his view, the decision sends ‘a signal that goes completely against the concept of building a citizen-led Europe’. Salole also criticizes the use of unanimous decision-making, which he described as ‘not geared to the interests of citizens across Europe’.

‘There is a contradiction in the fact that the Commission has proposed a work programme that seeks to improve the business environment through removing barriers to investment, thus reinforcing the Single Market, yet it has removed the one proposal that would contribute to a similar goal for foundations,’ says Rosa Gallego, chair of DAFNE. But she also points to a positive outcome from the campaign: ‘The work on the EFS presented national foundation associations with a common objective, reinforcing lobbying efforts in their respective countries, while offering a collective voice for the foundation sector across Europe.’

What next?
The data, expertise and networks that have been created through the work on the EFS to date will be used to chart new ways forward. In the absence of a pan-EU statute, suggests Francis Charhon, ‘we have to explore the possibility of setting up something with countries that want to do it’, perhaps in the form of a multilateral accord between interested countries, with the possibility of building on such an accord later.

Ludwig Forrest, chair of the EFC’s Legal Committee and coordinator of Transnational Giving Europe (TGE), feels that ‘TGE is maybe more than ever part of the solution. The impressive growth of the network in the last five years testifies to the need to facilitate cross-border giving in Europe.’ For Forrest, the Statute was a ‘huge opportunity’, and an ideal way to encourage philanthropists from within and outside Europe ‘who have hesitated to engage in Europe, due to complex and differing regulations’. 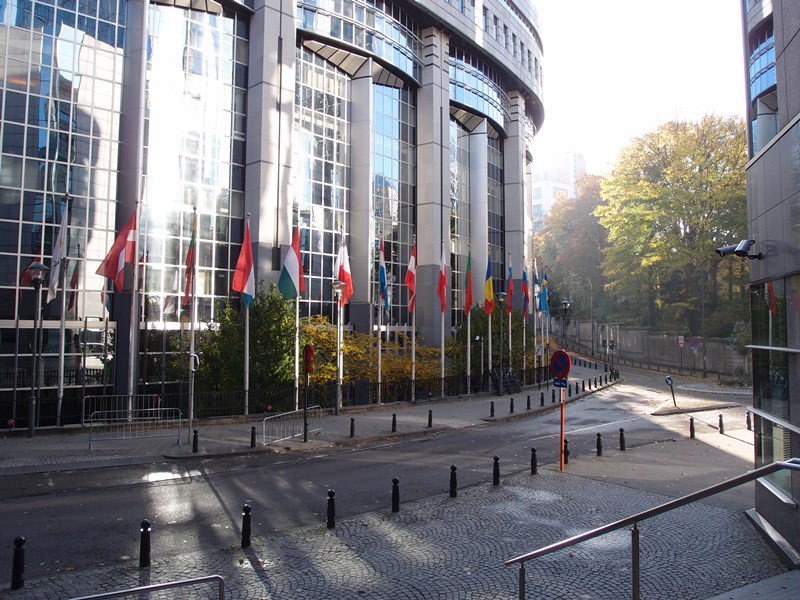 For Charhon, the one crumb of comfort from the rejection is that ‘we know we have eight countries to convince. Now we know who are the countries who are against and who are for, which we didn’t know before.’

The EFC’s Emmanuelle Faure echoes this view. ‘The trees should not hide the forest,’ she says, ‘the fact that a majority of EU countries do see the need to support the development of philanthropy across Europe. This is also the view of the European Parliament, the sector itself and the EFC. This is why the work initiated with the EFS proposal will continue.’

This work will take various forms:

In the meantime, effective cross-border philanthropy in Europe remains a key issue for the sector, and the EFC has affirmed that it will continue to be among its key priorities. ‘The EFC stands ready to devise concrete solutions with EU institutions and interested member states to support the work of foundations to serve the general interest across Europe and beyond,’ says Ewa Kulik-Bielińska, EFC chair and executive director of Poland’s Stefan Batory Foundation.