Russian giving generous but not thought-out

Crossing boundaries, borders and barriers – environment trumps all yet is still ignored by majority of foundations

Investment in donor-advised giving funds increases by a third

Philanthropy in transition: Sharing our ‘Pathways to Change’

Russians give more than is generally believed, according to Russia Giving, a new report from CAF Russia. The research finds that over 40 per cent of the population (33 million people) have given money to NGOs in the last 12 months, and only a fifth have never been involved in any charitable activities. 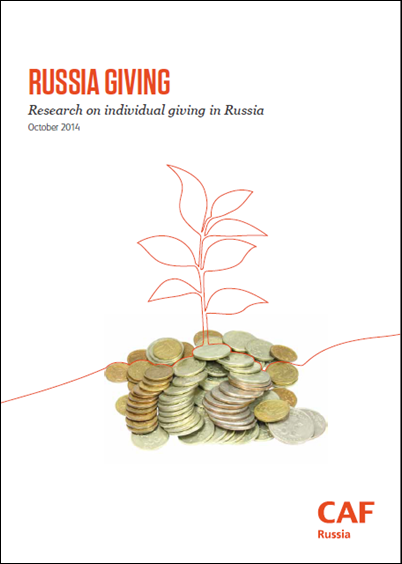 The average annual amount donated is almost 5,000 RUB (US$125). The urban population of Russia alone gives about 160 billion RUB (almost $4 billion) annually, which is comparable with contributions made by the state, corporate donors and high net worth individuals put together.

However, the donations made by Russians are in most cases infrequent and spontaneous. About half of donors make their donations less often than once every six months, and for 82 per cent the decision to donate is spontaneous. In other words, while a large number of people give money to NGOs, only a small proportion give as part of a thought-out process to achieve specific results.

The research revealed that there are still many barriers to individual giving, including distrust of NGOs and lack of understanding of the importance of their mission. People prefer to give directly to the end beneficiary to guarantee that their donation will be used to full effect.

Another issue is that the vast majority of Russian donors focus on helping children and disaster relief, followed by assisting adults in difficult situations such as disability or extreme poverty. There are few supporters for other causes. The reasons for this limited ‘philanthropic imagination’ include a lack of awareness of less obvious social problems (refugee issues, homelessness); the stigma attached to certain marginalized groups (those living with HIV or addiction); and the underlying Russian belief that good health and a home are the basics of well-being, and the rest is unnecessary.