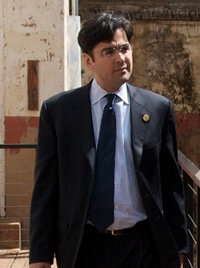 Though it has worked in all of those areas in the past, they were less clearly delineated. The new priorities are scheduled to go into full effect in October, when the Foundation begins its 2010 fiscal year.

The overhaul will condense the number of what Ford calls ‘lines of work’ – individual initiatives managed by individual programme officers – from 200 or more into 35 new ones, handled by groups of programme officers around the world. Those teams will report to a director with responsibility for several of those 35 areas. The new strategy is ‘aimed at creating fairness and equity for people everywhere’, says Luis Ubiñas in a statement on Ford’s website.

Ford also specifies figures for each of the eight issue areas, which will address long-standing criticism of the Foundation’s devotion to small grants. For instance, Ford will commit ‘upwards of $30 million’ to immigration over the next 18 months, a spokeswoman said. ‘Every one of these issue areas will involve a major investment … because each one requires a level of resources of that magnitude to have an impact,’ Ubiñas says in an interview with the New York Times last month.

Despite a 30 per cent fall in its assets, Ford’s grantmaking remains unaffected. Indeed, it has said it will increase its payout as a percentage of its assets this year and next. Cutting costs last year produced $22 million, which went into the grants budget, and it is now in the midst of a second round of cost-cutting. ‘Every last dollar we find internally will go into our grants budget,’ says Ubiñas.