The newly released Millennium Development Goals report from the UN paints a generally optimistic picture of the likelihood of the goals being met across the region. However, while Latin America and the Caribbean were often better placed in respect of them than most developing regions to start with, progress towards their achievement has sometimes been slower. The percentage of people in extreme poverty was among the lowest in the developing regions in 1990 (11 per cent) but has also seen one of the least rapid declines (to 7 per cent in 2005), leaving the region still some way short of meeting the goal of halving the number by 2015. The Caribbean, treated separately in the UN’s reckoning under this head, is in a slightly worse state. There, the corresponding percentages are 29 and 26. 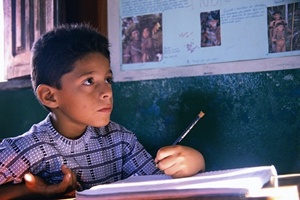 Similarly, the percentage of children enrolled in primary education only rose from 93 to 95 between 1990 and 2009 (the 2015 target is universal enrolment). In regard to child and maternal health, the region has met its target of reducing the number of underweight children by half. The percentage has fallen from 10 per cent to 4 per cent over the period 1990-2009, and child mortality has fallen from 52 to 23 per thousand live births (the average across developing regions is 65). However, as with all the developing regions, children in rural areas are at considerably more risk than their urban counterparts. Maternal deaths also declined significantly (from 130 per 100,000 live births in 1998 to 80 in 2009) – again both figures that are a long way below the developing country averages. One of the most noticeable strides has been made in the care of pregnant women. The proportion of women (15-49 years old) attended at least once by skilled health personnel during pregnancy rose from 77 per cent in 1990 to 95 per cent in 2009.

Gunderson to leave COF at start of September