Closing space survey: responses from around the world

Earlier this month, Alliance and European Foundation Centre (EFC) published the results of a joint survey about the restrictions on freedom of action imposed by governments on civil society. Two things stood out. First, a majority – two-thirds of the 76 respondents – said that the space in which they could operate is closing. Second, these restrictions are not uniformly distributed. In some countries, civil society is relatively free from government interference. In others, civil society activists are increasingly finding their actions curtailed or forbidden by hostile governments. Egypt, Pakistan, Ethiopia, Vietnam and India appear to be the worst affected.

We asked experts from around the world to comment on the findings. As respondents suggest, if civil society is to take effective action, it needs to know more…

Hanna Surmatz, European Foundation Centre
The results from this month’s joint European Foundation Centre/Alliance survey on the shrinking space for civil society are timely. Every day we hear of unfavourable new laws and restrictions on the civic space and philanthropy in many parts of the world including Europe. In Europe, there have been challenges to civic rights in Hungary, UK surveillance programmes, anti-protest laws in Spain, counterterrorism measures in France and attacks in Poland on the freedom of public media and the independence of the judiciary. 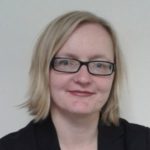 Deeper analysis needed
The survey suggests that philanthropic actors have responded differently: some simply continue their work, others withdraw while several engage either directly or indirectly in advocacy or mobilisation for change. We think it is time for a deeper look at the range of possible responses to these incursions into grantmaking.

It is encouraging to see more and more funders becoming engaged in actions to counter the trend. This was reflected in last year’s Berlin workshop jointly organised by the EFC, Ariadne and the International Human Rights Funders Group. Building on the learnings from the workshop, the three partners are now joining forces through the Funder Initiative for Civil Society (FICS), which will take this work forward.

What can be done to counter government motivations for restricting space?
As the survey demonstrates, government motivations for restricting civic space differ from country to country. The most common reasons are desire to control foreign funding flows and to limit the powers of civil society. Civil society is becoming more powerful and vocal in many countries, which has provoked strong government counter-measures to curb civil society (and its foreign supporters). National security and counterterrorism arguments were seen as less of a motive than anticipated. But the increasing number of ‘civil society unfriendly’ countries has the potential to make it more difficult for the international community to take action. Again, we need deeper analysis to be able to take a more proactive approach to countering some of the government motivations.

Is there a need to change the discourse?
Freedoms of assembly and association and speech should be non-negotiable. Civil society should proactively take measures to regain trust and prove that it has a legitimate space.  Local and foreign philanthropic actors and other civil society actors should continue to work, speak up as much as they can and seek to demonstrate their value.  The ‘shrinking civic space’ phenomenon can certainly benefit from new coalitions with different actors (public and private, local and international) to shift the trend and the discourse.

The EFC has also asked some of its members to share their experience of the shrinking space for civil society. The publication, launched this week at EFC Annual Conference in Amsterdam, provides strategic and provocative insights from philanthropy on this multidimensional issue.

Maria Chertok, Charities Aid Foundation Russia
Looking at the survey results, I can say that Russia falls into a typical majority of countries where most of the restrictions are associated with foreign funding and the government’s desire to limit the powers of civil society. The Laws on Foreign Agents and on Undesirable Organizations present the biggest concern to the sector. Their implementation has led to some of the difficulties mentioned by survey respondents such as the closing of partner organizations and restrictions on certain types of activity (advocacy being the most obvious example). At the same time, we as a grantmaker started to feel the consequences of the implementation of Financial Action Task Force (FATF) requirements and of the sanctions regime. They make transfers to certain regions and organizations more difficult and lead to greater scrutiny of such transactions by banks.

As far as the response side is concerned, I don’t think domestic philanthropic organizations have made a real response to the new limitations on their actions. Support to civil society organizations in the forms of capacity building, collaborative efforts, research etc, are becoming more popular among Russian donors, but it is an organic development which is not directly connected to the closing space challenge. At the same time, some foundations have reviewed their own operations, for example, they have brought their endowments back to Russia from off-shore territories or cut back on collaborative projects with foreign donors and partners.

I believe positive strategies that may be helpful in the current circumstances should include measures to increase solidarity among civil society (for example, bridging the growing divide between service-providing and advocacy groups); to increase the awareness, support and engagement of the general public in the work of NGOs; to build NGOs’ ability to generate local resources, including by the use of community philanthropy mechanisms; and to enable NGOs to be more impact-orientated in the long run.

Hania Aswad, Middle East and North Africa (MENA)
Had this survey been carried out in Egypt or Jordan, all the answers would have been ‘extremely’ or ‘very’ difficult.

There is no organized effort in the region led by Arab or international philanthropic organizations against these conditions. There are some initiatives in Egypt led by lawyers and representatives of civil society organizations (CSOs) which could be supported both technically and financially by philanthropy. Generally speaking, however, these are individual efforts on the part of a few concerned and well-resourced organizations to find individual solutions. 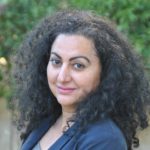 The legal environment in the MENA region considerably limits the operation of philanthropy and CSOs in general. The Egyptian government was the first to introduce restrictions. From 2015 onward other countries, including Jordan and Palestine, followed suit. Even where there are apparently fewer limitations, such as Morocco and Lebanon, recently reported incidents clearly indicate that change is coming.

Mostly, the new laws are ambiguous and leave many important details open to the interpretation of the implementing agencies. In addition, the implementation mechanisms and the reasoning behind the legislation are opaque.

The challenges for CSOs are various but include: complex registration processes, restrictive measures for the receipt of foreign and local funding, difficulties transferring and receiving money, opening bank accounts, additional reporting requirements to governmental agencies, measures preventing advocacy and media coverage especially in the area of civil and political rights, closure of organizations, bans on travelling and imprisonment. The financial restrictions also apply to many Arab or MENA CSOs based Europe, even where they have a long history and credible records.

The justification for these restrictions, where one is provided, is the protection of ‘national security’, fighting terrorism and money laundering, and compliance with international law.

These are not the only challenges facing civil society in MENA. Donor practices and policies, a lack of transparency and open communication by governments, financial institutions and donors, the lack of coordination and cooperation, and the limited competence of philanthropic organizations and governmental bodies alike, also impose serious restrictions on the capacity for action.

Bhekinkosi Moyo, Southern Africa Trust
The results of the Alliance survey on closing space resonate in general with the situation in Africa. I realize that philanthropy is traditionally seen as part of civil society, but in this connection, I would draw a distinction between philanthropy and civil society, and particularly between philanthropy and those civil society organizations working in the human rights and governance sphere. These have faced massive pressure from government on their sources of funding, freedom of expression and association, and in administrative matters such as registration, reporting and governing their associations.

As in other parts of the world, African governments have used the threat of terrorism as a pretext for restricting the operations of civil society.  If the funding is from outside, these groups are quickly accused of regime change agendas. In Africa, however, it is not only governments that are closing the space for civil society. The rise of so-called philanthrocapitalists and their use of business models to resolve social issues has usurped some of the space previously occupied by civil society.

However, I believe the position of philanthropy is different. The decline of Overseas Development Assistance (ODA) and launch of the Sustainable Development Goals (SDGs) have provided new possibilities for relations between governments and philanthropy. We have already seen some governments in Africa – in Rwanda and South Africa for instance – seeking to develop engagement strategies with foundations. Given this new context, I actually see the space opening for philanthropy so perhaps we should now begin to look more positively at how philanthropic institutions can take advantage of this room for manoeuvre to position themselves in ways that help address the closing spaces for civil society. After all, one of philanthropy’s roles is to provide alternatives.

Closing reflections from Prof Mark Sidel
The survey is a valuable contribution to our understanding of the closing of civic space and of the space for philanthropy but it also points up some of the overbroad generalizations that have been used to discuss this phenomenon. In this way, it may help us towards a more nuanced understanding of the problem than has often been current in the international community. 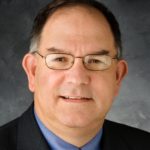 First things first: space is certainly closing in some countries and for some kinds of organizations. The survey identifies some of those: China, Egypt, Ethiopia, India, Pakistan, Russia and Vietnam. But we should also recognize that the picture has been overdrawn, even in some countries that are regarded as the worst offenders. Take China for example. China is not closing space for all non-profit groups, and certainly not for the burgeoning domestic philanthropic sector, perhaps the fastest growing in the world. Through new laws, incentives and, yes, punitive action, the Chinese state is carefully moulding the kind of non-profit and philanthropic community it wants. Space is certainly closing for Chinese advocacy groups – workers’ rights organizations, some women’s rights groups, and others but often not for social service groups, or for domestic philanthropy – though even here, in the nuanced if restrictive policies of the Chinese state, work with advocacy groups is now far less possible than some years ago.

The point here is that the closing space mantra must be very carefully applied. It has been overdrawn and overgeneralized. It must be analysed carefully at the country level, and responses need to be focused at the country level as well. Even some of the states that are, in Barry Knight’s correct words, among the ‘top … affected’ (such as China, India, and Vietnam) display highly differentiated attitudes by the state toward different types of non-profit and philanthropic space. If states are going to be nuanced, targeted and strategic in their approaches to civil society, we must be nuanced, targeted and strategic in our analysis.

Who should measure the impact of non-profits? Responses to Caroline Fiennes and Ken Berger